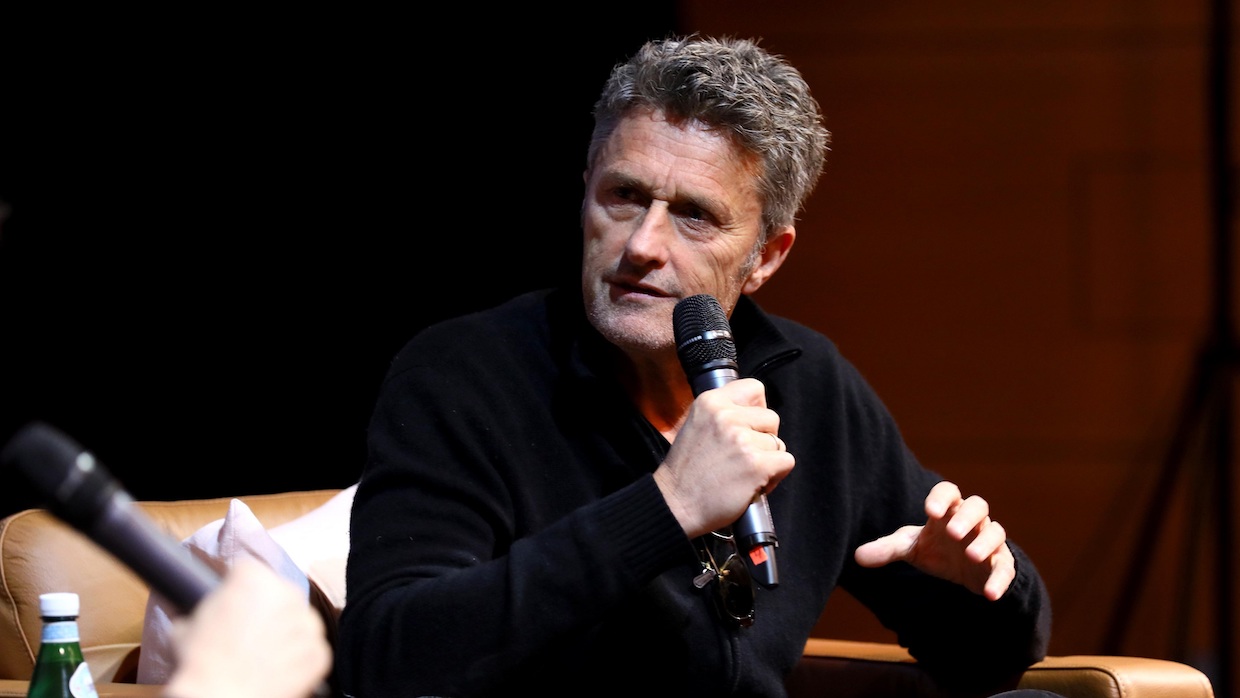 An initiative of the Doha Film Institute, Qumra is an event that connects Qatari and international directors who are receiving different stages of DFI-funded support with industry delegates from across the spectrum of the film world and master filmmakers who meet with emerging talents and engage in public conversations. The 5th edition took place between March 15th and 20th, 2019.

Fresh off the heels of the Oscar campaign for Cold War, Pawel Pawlikowski has been enjoying a sustained stay in the international spotlight since his 2015 film Ida became an award-winning critics’ favourite. While tonally distinct from one another, both films are shot in 4:3 Academy ratio in black and white with a meticulous formal approach to composition. However, audiences who are fresher to Pawlikowski may not realize his previous work has little in common stylistically with his latest “hits,” and it was refreshing to hear the director spending a significant portion of a two-hour masterclass addressing his beginnings in documentary and the long road he took to arrive at his newfound success.

Moderated by Qumra regular Richard Peña, Pawlikowski took a chronological trip down memory lane, starting with his entry into the film industry via a traineeship at BBC that, “by fluke,” led to meeting Nigel Williams, who commissioned him to make several documentaries. Inspired by filmmakers like Krzystof Kieslowski, Pawliskowski approached the form as cinema rather than some kind of empirical non-fiction. The director says he owes his ability to “think on his feet” and “finding shots in an existing world” to this initial foray in documentary, a talent he puts to constant use on the set of his narrative films. “It forced me to be creative outside of myself and to think photographically, and not think of film as something literary.”

His first dramatic feature, Last Resort (2000), follows a young Russian woman and her son stranded in a fictional seaside town outside London when her fiancé is a no-show. “I had an obsession with seaside resorts, which were quite big in the ’60s and have become abandoned and became places were refugees were sent.” Made at a time where there was a “liberal economic upswing,” there was also “a world growing on the edges” that Pawlikowski set out to explore. Determined to find two authentic leads, he initially wanted to cast a real mother and son before choosing Dina Korzun, who had some acting experience, and Artiom Strelnikov. Avoiding rehearsals, Pawlikowski prefers to develop an understanding of his actors personally. “I just like to spend time with them. They really have to trust you as a person.”

My Summer of Love (2004), which centers on a lesbian romance, was conspicuously skipped over and the conversation fast-forwarded about a decade to The Woman in the Fifth (2011). After a tumultuous period in his personal life, Pawlikowski thought, “’it’d be nice to make a film that has nothing to do with me,’ but the film became very strangely personal.” Adapting a pulpy mystery novel, he ended up stripping much of the source material’s more sensational genre content, possibly to the detriment of the film’s success: “I realized you have to respect the expectations of the viewer…to a point.”

Next comes Ida (2015) which Pawlikowski co-wrote with playwright Rebecca Lenkiewicz. “The best things come out in dialogue”—describing the nature of collaborating on the writing process, Pawlikowski said it’s largely conversational and allows him to tap into subconscious ideas he couldn’t otherwise. “A script is a means to an end, for financing; my films are quite underwritten.” Usually around 50 or 60 pages, Pawlikowski purposefully pares down the scripts to include a minimum of key details to allow for much of the decision-making to take place on the set itself. This “element of chaos” gives him freedom to play with the environment and the actors so he can craft each sequence with mise en scène and blocking as his priorities: “I like to connect the character with background…giving yourself time to sculpt is important. When the film finds its form, it tells you what’s wrong.”

His working method of editing while shooting allows Pawlikowski the flexibility to “scrap scenes” that he realizes are no longer necessary. The final films themselves, which range between 73 and 86 minutes long, all tend to have very tight trajectories that do away with excess in order to focus on only moments that are integral to either the story or character. “I like to condense things and avoid scenes that I find boring to watch.” That’s certainly the case with Cold War which has a sprawling, elliptical structure that jumps years at a time. “You don’t need to show everything…Especially when it comes to love, people can project themselves into this kind of thing, you can imagine the rest. I have a tendency to suggest rather than show.”

While Pawlikowski’s thematic interest in existential dilemmas tied to social and historical realities have stayed intact, he continues to refine his style, focusing more on how to create something out of each moment. “It’s not just about angles but also creating a certain mood on set. How to make the image slightly unfamiliar.” Regarding shooting Ida and Cold War in 4:3, Pawlikowski wonders if it’s worth it: “when you see it in a cinema you realize how eccentric a choice it really is and not everyone likes it,” before joking, “it’s perfect for in-flight entertainment.”

Elaborating on the fluid approach he takes to shaping his films, Pawlikowski added, “Being on my set can be chaotic. Things change. I’ll write new pages in the morning…Films are a little bit like a search and you get there slowly. There are months of looking for locations and the right elements and then, when you shoot it, you get close to the essence of what you’re looking at. It’s about letting things happen and then honing in.”