“I Wanted Men to Engage with the Subject of Sexual Violence….”: Nancy Schwartzman on Roll Red Roll 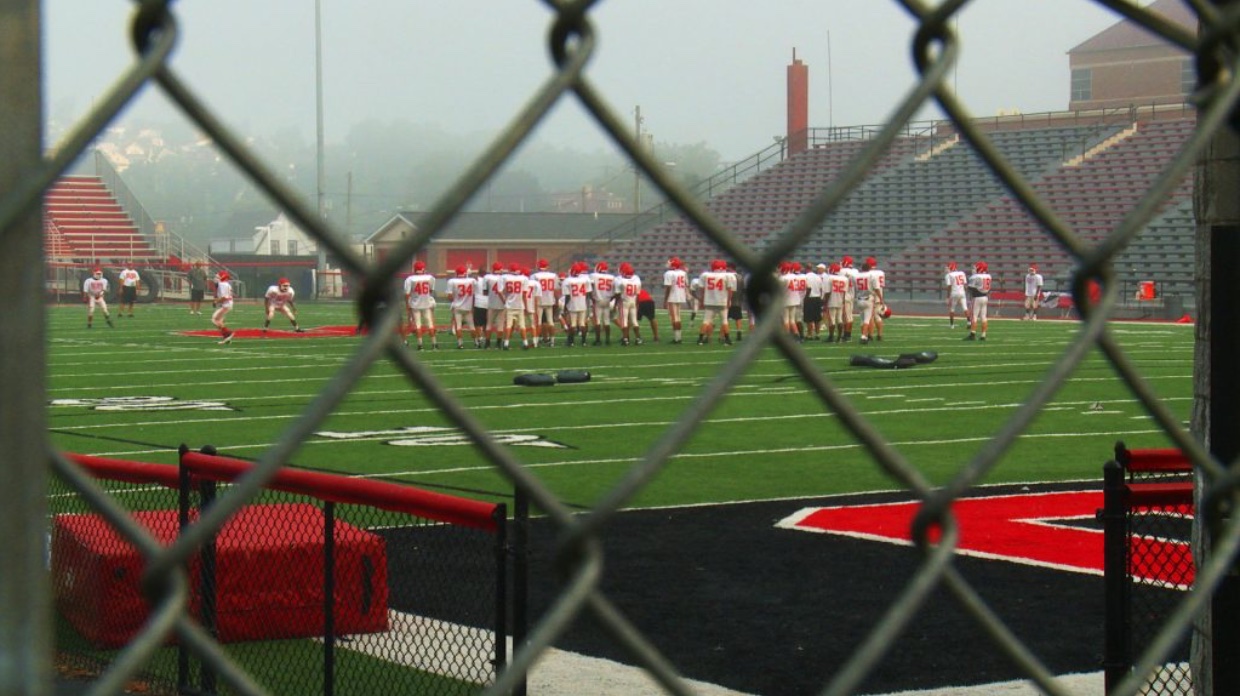 by Lauren Wissot
in Directors, Interviews
on Mar 22, 2019

Since Nancy Schwartzman’s filmography includes the short docs The Line, which explores sexual boundaries and consent, and xoxosms, a love story revolving around teens and tech, it’s obvious that the rape of a teenage girl by members of Ohio’s celebrated Steubenville High School football team back in 2012 would grab this director-producer-media-strategist’s attention. After all, the assault had been documented through Facebook, Twitter, text messaging, and even cell phone recordings by the assailants, and it was subsequently brought to the world’s attention by a female crime blogger. Now, nearly seven years after the crime, Schwartzman takes a deeper look, revisiting and deconstructing the case in a feature documentary, Roll Red Roll, which opens at Film Forum on March 22nd.

Filmmaker was fortunate to catch up with the activist and documentarian, who is also an award-winning app designer, prior to the release to learn more about exposing the modern-day collision of rape culture and cyber bullying.

Filmmaker: I imagine that one of the difficulties in bringing this story to the screen is that it unfolds in words, in text messages and online, not in images. Did you struggle with how to go about presenting this tale in a visual medium? Did this play into your decision to go the genre route (i.e., craft a “documentary thriller”)?

Schwartzman: I’m actually a total geek about social media and the aesthetics of technology. My previous short xoxosms worked to bring intimacy and drama to the virtual space through the lens of two teens falling in love. So much of our experience now is in the online realm. It is how we communicate — faster and looser than how we speak, more unmasked. In Roll Red Roll it was an opportunity to compare language, tone and personalities. The contrast is fascinating. My producer, Steven Lake, is a digital native and a gamer, so we collaborated closely on the aesthetics of the virtual space.

In terms of the visual approach and style, we had a crime unfolding, and the social media enabled us to tell it in “real time.” And the police interviews gave us the framework to create a timeline, so the film had to take from true-crime stylistic elements, using suspense to pull you through the story. It’s a tough subject, and unlike a lot of the crime genre, we were not going to exploit the victim and be callous or overlook the root causes of violence. We went deeper, to explore the cultural context that enabled the crime.

Filmmaker: How did you initially get access to your characters, particularly the crime blogger Alexandria Goddard, and also law enforcement? Did you attempt to interview the boys, or the victim and her family, or even any members of Anonymous [the hacking collective]?

Schwartzman: Alexandria Goddard is such a dynamic and interesting woman, I knew after my first phone call with her that she’d make a terrific protagonist. It took some time to gain her trust, but once she opened her door to me we were able to collaborate. Alex was the thread that pulled us through the story.

People were both welcoming and guarded in Steubenville. Each person needed a careful, authentic approach. I had to do about two years of deep research before I approached the detective to have him walk me through the night and the investigation. Same with Rachel Dissell of the Plain Dealer. If I hadn’t done my homework I would not have had successful interviews with either of them. They were not keen on shortcuts.

I did reach out to everyone associated with the case and am grateful to those who were willing to speak with me. And because of the social media and police files, we were able to craft a visceral story and shed light on characters even if they are not in the film.

Filmmaker: I’m curious to hear how your background as a media strategist has influenced the marketing of your film. Do you have any dos and don’ts for activist filmmakers in general?

Schwartzman: I’m an activist, but I wouldn’t call myself “an activist filmmaker.” I’m a storyteller, an investigator and artist. Aesthetics and style are very important and integral to the work I do. First and foremost when making a film, I want to make a compelling, visually interesting story. With this particular film I wanted men to engage with the subject of sexual violence, so I had to make a film to capture their attention, and use the visceral language of football, social media and internet intrigue that was fitting for this story.

I think, in general, if you’re passionate about exposing something it’s critical to be creative about how you approach the material, and think carefully about whose hearts and minds you want to change. This film is not for women, girls or survivors. It’s to shock men and boys into being more proactive about the culture we all live in, and take steps to change it.

Filmmaker: Through her internet activism Alexandria Goddard really put the idea of “rape culture” into the collective consciousness, though there’s a great cost to this for the victims, as she readily acknowledges. I would add that there’s an added cost to investigators, who need to keep their cases under wrap and out of jeopardy. And even to innocent bystanders, as we saw with the Boston Marathon bombing (when a man who’d tragically disappeared was wrongfully identified as a suspect by Reddit). As a technologist, do you worry about the proliferation of online vigilante justice?

Schwartzman: This is a fascinating question and thorny set of issues. Unfortunately, our social media platforms do little to protect users from harassment, so I’m always concerned about the ire women, people of color, and queer people experience online just for being there. But there’s something important and powerful about the people having access to each other, and fact-checking and creating organic, grassroots movements. That’s key.

Filmmaker: You’re the creator of the award-winning mobile app “Circle of 6,” which is being used in dozens of countries to reduce sexual violence. But are you hopeful that technology can actually be a force for gender equality around the globe, especially when so much of the tech world is male-driven? Are there other remedies in addition to just having more women in tech?

My love affair with technology has come to a shattering end. There’s such a silo between the real world (ethics, gender, race) and developers. Venture capitalists don’t care about human rights, and what we get is a bunch of disruptive capitalistic crap. Or bias-enabled AI that we don’t need at best, and is harmful at worst.

I love creative problem solvers, though. And I hope more schools will put an emphasis on helping engineers see how their skills can effect change if they put their talents to human problems. So one solution is making sure MIT, CalTech, Carnegie Mellon, and every single “learn to code 101” course emphasizes ethics — and that every engineer has to take some basic civics, race, gender, and environmental science and its impact on humans courses. That way they can see the real world implications and biases of the tools they are making. And on the flip side, figure out when and how we can prioritize ethical STEM, and pay for innovations in the space that are not solely profit driven.

On the plus side, my love affair with art and storytelling has exploded. In these dark times if we don’t make things that matter, that inspire, that break molds and boundaries, we’re doomed. So make art — it’s survival!