Physical Media Isn’t Dead! (or, Why We’re Throwing a Film Fair This September) 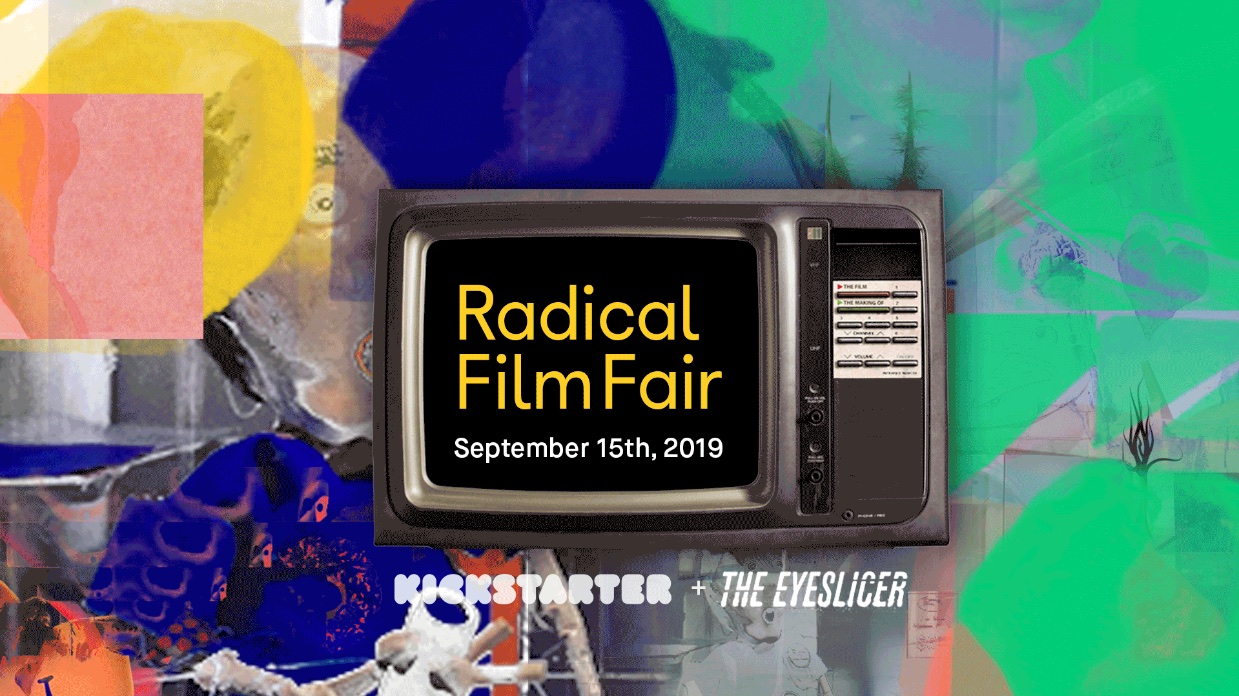 The following is a guest post from Dan Schoenbrun of The Eyeslicer about what should be an exciting day devoted to independent film physical media occurring in New York on September 15. — Editor

Every year a group of independent artists and publishers host Comic Arts Brooklyn, a daylong fair for graphic novelists, zine-makers, and small publishers. It’s an event I always look forward to: I love meeting artists in person who I’ve long admired, or browsing and discovering new work, chatting with people about what they make and what they’re reading, and doing all that surrounded by other like-minded fans.

Record fairs (like WFMU and many others) have hosted independent record labels and other vendors selling vinyl, cassettes, screen-printed posters, and other merch for years. Later this Fall, Printed Matter will host their annual Art Book Fair at PS1 here in NY, which seeks to create a similar sense of community and in-person interaction for the art world.

I’ve often wondered why the independent film community didn’t have more opportunities like these for artists and independent distributors to sell their work and hang with fans. Part of it obviously has to do with the ephemeral nature of film (and the waning market for physical media). But as the studios and streaming giants consolidate power and take increasing hold over what people watch and where they watch it, it’s imperative that we find new ways to grow and sustain a thriving, counter-cultural ecosystem.

That’s no easy task, but we know so many artists, independent distributors, and film supporters who are seizing the means of distribution and sharing work in beautiful and creative new ways: from BluRays that are essentially art-objects to hand-dubbed VHS tapes to self-published zines to hats that say “Movies” on them. I’ve been wanting to help get this kind of independent, lovingly-crafted work out to audiences.

And so we (The Eyeslicer and Kickstarter’s film team) have decided to give it a try. We’ll be throwing a free all-day event and celebration on Sunday, September 15th at Kickstarter HQ in Greenpoint that we’ve dubbed the “Radical Film Fair.”

The Radical Film Fair will feature keynote talks and signings with amazing filmmakers throughout the day, dozens of booths where independent film artists, distributors, publishers, zine-makers, indie theaters, and more will be selling and signing work, a pop-up Film Clinic where non-profit and DIY film orgs will be on hand to chat with attendees, a marathon screening of The Eyeslicer season two in Kickstarter’s theater, and snacks and drinks throughout the day. Basically, it’s going to be a chill, fun, massive film jamboree.

The goal is to create a new way for audiences to discover amazing independent work, and for filmmakers and distributors to get their work out directly. Many independent comic artists count on events like Comic Arts Brooklyn for a good percentage of their yearly income, just as many touring musicians make more from direct merch table sales than they do from Spotify plays.

We think the same could definitely hold true for filmmakers and distributors who make and share personal, radical work, and we’d like to help build a model to make this possible. Our dream is that this event will serve as more than just a fun Sunday in New York, but as a proof of concept for a model we hope will become common practice for festivals and other events in the future. We think it could be a really beautiful new way to sustain and support non-corporate, truly independent filmmaking as a community and a practice in these strange times. See you there!!

We’ll be announcing the full lineup and vendor list later this summer, and opening RSVPs then as well (because space is limited). But for now we hope you’ll mark your calendar for the afternoon of September 15th. And if you have questions or ideas please don’t hesitate to drop us a line (theeyeslicer at gmail dot com).