“The Privileged Life Can Also Come at a Price”: Eva Mulvad on her TIFF-Premiering Love Child 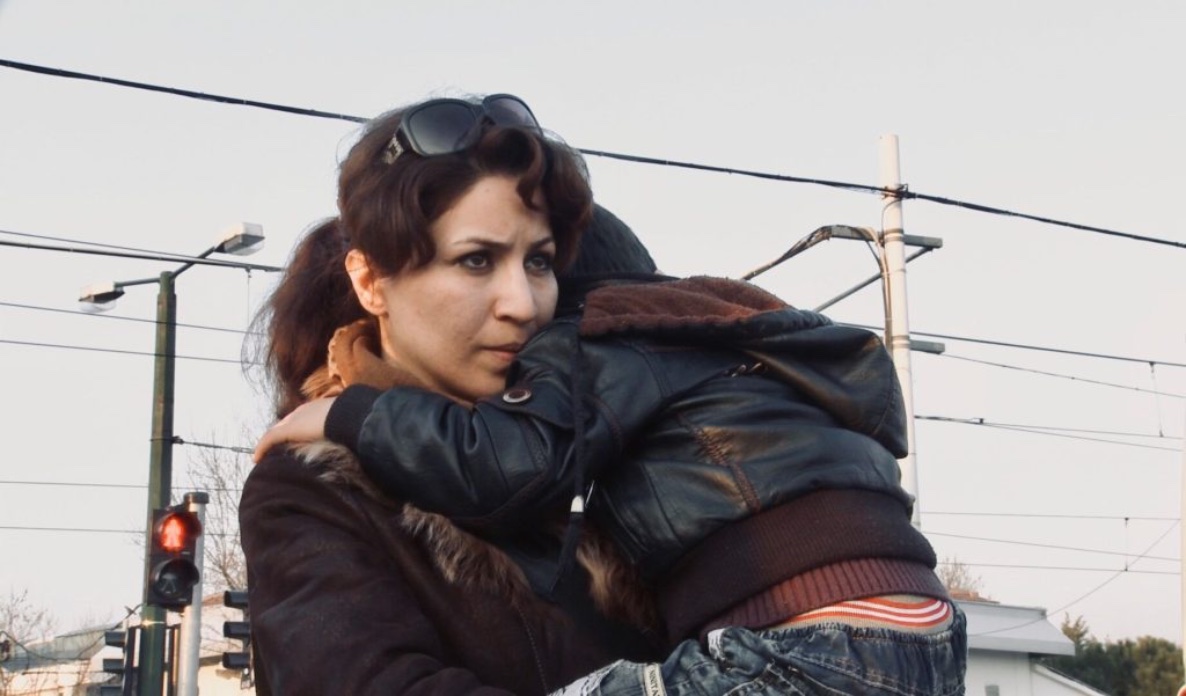 Having committed adultery and conceived a child out of wedlock, a couple is forced to choose between keeping secrets and family ties — or being true to love and residing in exile. Though that could be the plot of an old-fashioned romance novel (or modern-day soap opera), it’s actually the all-too-real situation the protagonists at the heart of Eva Mulvad’s documentary Love Child are forced to reckon with.

Over the course of six years Mulvad (the Danish documentarian behind lighter dramatic fare such as the Grey Gardens-in-Portugal standout The Good Life, and more recently, A Cherry Tale and A Modern Man) follows Iranian lovebirds Leila and Sahand, and their young son, as they flee their country, await asylum in Turkey, and attempt to start some semblance of a “normal” life. All the while knowing that the consequences of their initial momentous decision to leave could be never touching beloved family members again. Or a deportation to a homeland in which extramarital relationships are punishable by death.

Filmmaker was fortunate to catch up with Mulvad to discuss this latest work soon after the film world premiered at the Toronto International Film Festival.

Filmmaker: So how did you meet Sahand and Leila — and what made you decide to do a documentary about their plight?

Mulvad: A colleague of mine and co-director of the film, Morten Ranmar, met the father, Sahand, in Tehran in the bazaar. They talked and stayed in contact. Sahand was probably spying on Morten for the Iranian Intelligence, and at the same time he enjoyed talking to foreigners. After eight years, Sahand called up Morten and said that he planned to leave Iran for good with his secret lover Leila, and that they would feel more secure if Morten would document their life. So he started to film the first days when Leila and Sahand first established themselves in Turkey.

A year after, Morten came to me with scenes from the material he shot. He was not able to raise the finances for the film, and as I was more experienced in feature-length documentaries and liked the very emotional, transparent characters, I looked into the possibilities in the project and got hooked. I saw the potential to make a very intimate love story on one of the big issues of our times — refugees.

Filmmaker: How did being an “outsider” filmmaker, a Dane following Iranians in Turkey, affect the production? Did you employ local crew?

Mulvad: The difficult element in this film was the long stretch of time — we filmed over six years — and the unpredictable reality, where we never knew if an answer from the UNHCR would come to the family. So we had to be prepared to shoot with short notice. We formed a team of me and two co-directors, Morten Ranmar and Lea Glob. We are all able to shoot “one man one camera” style, so we do sound and camera ourselves and don’t need a big crew to make things happen. That made us fast and flexible. In the last period we found a great Turkish DP, Meryem Yavus, a woman who could also film on her own and was on the ground. The other problem of being an outsider is language. Many scenes are shot in a mix of Turkish, Farsi and Azari — and what a mess to get all of that translated!

Filmmaker: As I was watching the scene in which Sahand and Leila are in the office of the female judge – who must decide whether to marry them despite their lacking all the required documents – I wondered what effect the camera in the room was having on this fraught situation. (Would the judge prefer to be seen as a rule-breaker or a heartless bureaucratic?) So what steps did you take to minimize the impact your production would have on the story?

Mulvad: I guess it is impossible not to influence reality when you put a camera in the room. Your best chance is that the stuff happening in front of the camera is more important to the characters than the camera. In the case of the wedding scene — one of my favorite of the film — the Turkish lady in the municipality turned out to be a great character, and it probably helped in her willingness to stay longer at work that we were there to film. This way she came across as funny and friendly. But it is my experience from Turkey that many people are like that — willing to help and rather flexible — so it is not just an act for the camera. I always try to reward that kind of person so, if i remember it right, we bought her a big box of chocolates to show our gratitude for her flexibility. As in many other aspects of life, you should not take if you are not also giving — it is an exchange.

Filmmaker: Besides having committed adultery, Sahand is also a former informant who turned on the Iranian government, which puts him in a particularly precarious situation. Were there times (places?) when it was simply too dangerous to film?

Mulvad: We were never directly threatened, but when you deal with a man like Sahand, who has seen dramatic things, and believes that his house is bugged with microphones, that he is under direct death threat from his former employees in Iranian Intelligence, and states that he has evidence of corruption inside of the UNHCR and of huge money laundering in Turkey by Iranian businessmen, you will sometimes be dragged into that approach to the world. And I have several times wondered if my naive, trusting view of the world will make me blind to dangers I am not used to in my own society.

Filmmaker: During the six-plus years you spent following this couple you were simultaneously working on a couple of other feature-length docs (with polar opposite characters and subject matter, to say the least!) How did you manage juggling so many diverse productions at once?

Mulvad: For a number of years I shot three different films at the same time. To be able to develop stories out of scenes with real people, you often have to hang around for a long time, before your material becomes rich enough to actually make a good film.

I was shooting in Istanbul with this refugee family. They were poor, living off the little money the father could get from hard manual work. At the same time, I was shooting another film — A Modern Man — about the great violinist Charlie Siem, who besides being a gifted musician, was also born into a very rich family and has made his own fortune modeling. I often felt I was flying between worlds with such a big contrast that it seemed almost unreal that they existed in the same universe at the same time. I also learned that what one world had the other was missing. In the plastic chair universe in Turkey there was a lack of money but a very warm family relationship. And in the concert halls there was anxiety not to live up to one’s own and others’ expectations — and loneliness. So the privileged life can also come at a price.