“We Have to Start Making the World that We Want to Live In”: Gordon Quinn and Julia Reichert in Conversation 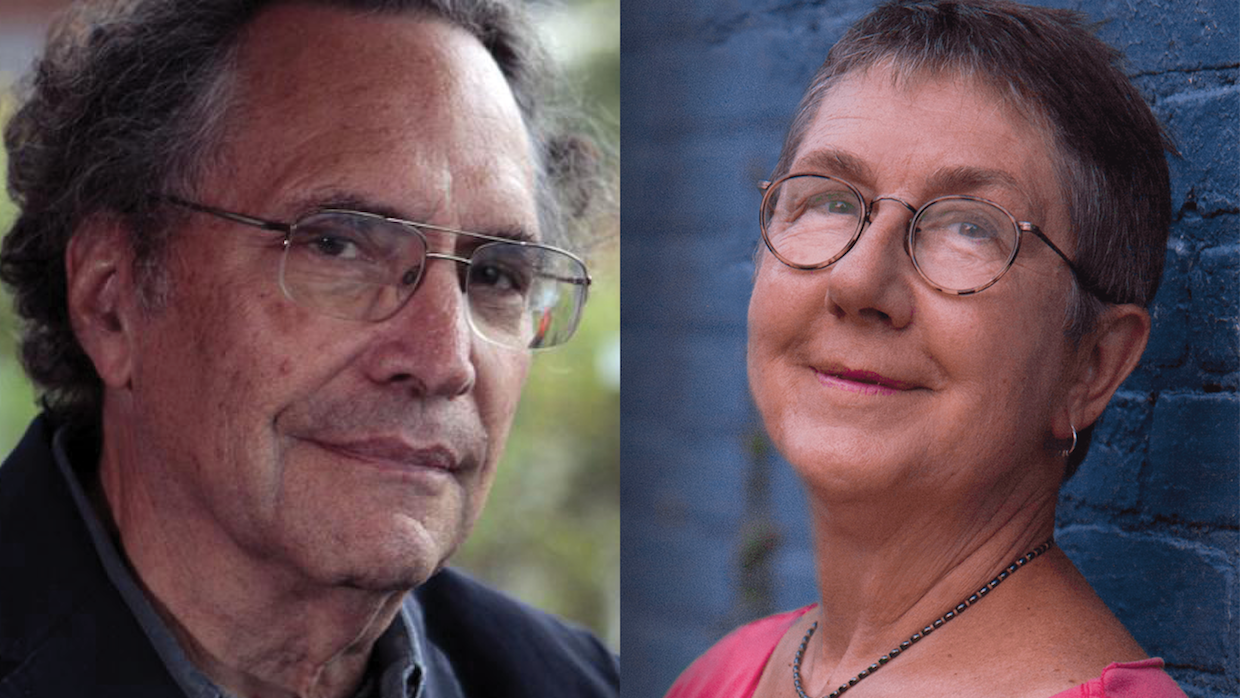 by Filmmaker Staff
in Interviews
on Oct 2, 2019

[The following conversation was provided by Kartemquin Films.]

The Empowering Truth Award recognizes the extraordinary accomplishments of an individual or organization whose work has made a significant contribution to social issue storytelling or has strengthened the landscape of the field in ways that foster diversity and empower marginalized perspectives.

For nearly 50 years—since the release of her groundbreaking debut Growing Up Female in 1971 —Julia Reichert has consistently championed the unsung, fought racial and gender discrimination, and laid bare the struggle to organize with caring, collaborative, and ethical filmmaking. Proudly based in the Midwest for the entirety of her career, Julia and Kartemquin Artistic Director/co-founder Gordon Quinn first met as filmmaking peers in the ’70s.

In advance of welcoming Julia to Chicago to accept the award this October, we brought the two old friends together for a conversation about filmmaking, community, and the collective spirit.

KARTEMQUIN: What brought you both to filmmaking?

JULIA REICHERT: The movements of the ’60s. The idea that we were changing the world. That we had to change the world. We had to create alternative institutions because the way America was set up —the culture and the social structures we all lived under—was not working for us. It was not working for most people.

I’m a working-class kid, I come from a small town. I remember in college reading Marx and Chairman Mao even, and realizing people like me—working class people—have a role to play in history. It’s not just elected officials or military leaders or whatever, it’s people like me. That was just so incredibly empowering to me coming of age. The Women’s Liberation Movement became my home and where I felt I learned the most and where I felt the most comfortable.

But how did I come into film? I took a film class in college. I was interested in photography, I worked in radio. We were all interested in getting our ideas out there. Then it was, “okay I have to do a senior project as a college student, let me try to make a film!” That turned out to be Growing Up Female.

GORDON QUINN: It’s interesting to hear that, some of which of course I know because we’ve known each other for years.

GORDON QUINN: By the time we founded Kartemquin I was probably in a very similar place to what Julia describes in terms of what our hopes were. I always had a strong belief in the democratic process and I think that’s one of the things that was the ethos of the ’60s period. By the time Kartemquin became a collective in ‘67-‘68, we were also very influenced by the Women’s Movement. The local leaders of the Chicago Women’s Liberation Union were key members in Kartemquin and key members of the collective coming together.

JULIA REICHERT: They were awesome women too, we worked with them on the feminist conference. They were great leaders.

GORDON QUINN: The creation of Kartemquin was a little less intentional than what you were doing, I think maybe because we were a slightly earlier period. I had this naive idea that if you could reflect society back upon itself, that people would see themselves acting badly and that would bring about social change. What I was neglecting to pay attention to in that early analysis was power relationships.

JULIA REICHERT: Gordon, I have to throw in here, you mentioned a phrase that stuck with you as a young person. I had one in my mind also that stuck with me. Here’s how it went, it’s very naive… “If people only could understand each other and listen to each other, there would be no more wars.”

One of the things that really kind of was central for me is, coming up with the Women’s Movement, was the idea that when you looked around, all the images made about women, of women, were all by men. All of them. Newspapers, magazines, television, movies; they were all by men.

There were only certain tropes about what women could be. It seemed like, well I’m not going to be able to break into Hollywood. I’m not ever going to get on television. So what do you do? You make your own films and you figure ways to get them out to the social channels, the movement channels that are out there. Growing Up Female really got out there. That was just such a formative experience for me. You could make this little movie in southwest Ohio, where I lived at the time, and you could learn how to distribute a film and you could get it out and really support the growth of the movement.

JULIA REICHERT: So I feel we were just really fortunate to have kind of more or less come of age in the ’60s. It was formative and it still is formative. And I don’t think either one of us specifically make issue films, but more so films about societal, economic, and cultural shifts. I mean that’s really what Growing Up Female is about in a way. It’s meant to raise your awareness of how the roles of women need to change. The Last Truck is about what’s happening to the blue-collar working class. A Lion in the House is about what’s happening within the medical institution, how we’re dealing with death, and how we’re dealing with class and race within a hospital setting. They’re stories of social movements. We want people to know the history of our country, not just from the top but from the bottom up.

GORDON QUINN: And that’s why I’ve always thought New Day was a really important institution, because you understood the importance of the distribution side of things. That it’s not just making the film, but it’s how do you get it out into the world to have consequences. And that in the same way that the problems existed on the making side; there were real problems with a lack of distribution mechanisms that lent themselves to the kind of grassroots community screenings we were interested in having.

New Day, because it was a collective, was just such a fundamental change. And something we learned from New Day back in our collective days was this idea that you don’t have to give your film away for free. What you can do is empower the people who want your film, go to your public library, they have a film collection. The library can buy our film, and here’s how you teach them to do that. That whole strategy, I thought, was absolutely brilliant, because it’s not just selling your film: it’s empowering a community to understand how they can get the things that they need for their community using resources that already exist.

JULIA REICHERT: Sounds like, who said it, I don’t know if it was Che Guevara or one of those people, it’s like: we have to start making the world that we want to live in. We have to start really doing that. And we did.

GORDON QUINN: And history changes and you have to be aware of it. We’re in a different period now. Things are different. A lot of the people working with Kartemquin have these massive student debt burdens. I think it’s a disservice to people to say, oh you can go down the same path we went down, you can have the same vision and the same goals. You have to look at what you’re confronted with and figure out, in a sense, your own strategy for what you’re doing.

JULIA REICHERT: You’re right that things are different enough that people can’t just start from scratch. But there are some basic ideas that I think are still ’60s ideas that work. The idea of sharing information, sharing gear, extending trust, cooperating. The idea of being open and that we’re all in this community together, we’re not competitive and we share things.

GORDON QUINN: And I think in some of what you just described there is a certain Midwestern ethos. It’s almost like raising a barn or something. There’s this underlying history of people coming together to cooperate for certain kinds of common goals that may build this institution, but a few years from now you go and help somebody else do something similar.

JULIA REICHERT: Oh yeah, we feel that very, very strongly. We always try to involve the younger ones in our projects, and then they turn around and involve us which is great. What’s been on my mind recently is the whole notion of: what is an independent filmmaker? With the rise of money from all the various streamers who have deep pockets, what’s happening to the path of the real independent, who can get out there with their camera and their car and just start telling a story?

GORDON QUINN:  I think you’re speaking to something that—I mean both for you and for us—is really important, which is that sense of remaining independent. Remaining independent in terms of what your vision for the project is and what the story is that needs to be told.

JULIA REICHERT: And I think our desire to connect with movements is still there, right Gordon? Connect to on-the-ground people who are trying to make change. I would say the Labor Movement and the Alt Labor Movement is alive and well, and they need films. They need things to talk about.

GORDON QUINN: And now people do consume media in all kinds of new ways and all kinds of new platforms. But I have always felt there’s something incredibly valuable about getting people together as groups, whether it’s in their living room, or in a union hall, or in a school classroom. People all have the same experience of watching this movie, and then being in dialogue about it.

JULIA REICHERT: I’m old school too and I believe in that collective experience. I also believe in having a really good person there who can help bring out the new knowledge, the emotion, the sense that people want to do something about it. That can easily dissipate. I think that solitary experience of sitting at home with your TV set is just, probably just not as powerful. It’s too easy to just kind of turn it off and go have dinner.

GORDON QUINN: I think, again that’s one of those things that was in our DNA from early on. What you guys were doing and we were doing, we’re always looking towards that screening with the after-screening discussion.

JULIA REICHERT: We’ve both been pushing this ball down the road.

GORDON QUINN: We’re really excited about you and Steve coming. I assume he’s coming too?

JULIA REICHERT: We wouldn’t miss it for the world. Kartemquin, we are like buddies.

GORDON QUINN: We’ve been on these parallel paths.

JULIA REICHERT: And not many people have.

This conversation has been edited for length and clarity.