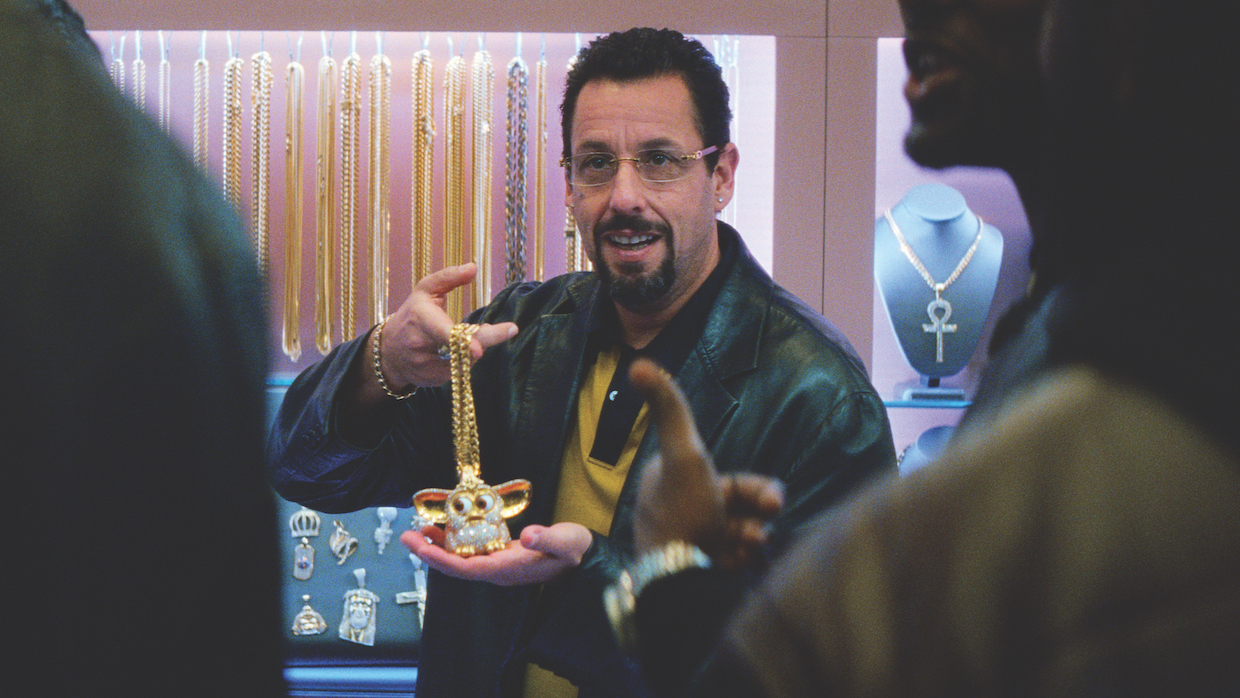 Adam Sandler in Uncut Gems (courtesy of A24)

Filmmaker‘s Winter 2020 issue — our most beautiful issue yet — is now on newsstands (and selling out, we hear), as well as arriving in mailboxes. What’s in it? Our cover is Uncut Gems, with me interviewing Josh and Benny Safdie about their adrenaline-fueled Adam Sandler-starring film — an interview that goes into the details of shooting the fountain scene with Sander that we have used as our cover image. Director Anna Rose Holmer interviews Greta Gerwig about her Little Women; Aaron Hunt talks with Pedro Costa about 2020 release Vitalena Varela; Paul Dallas interviews Mati Diop about Atlantics, currently streaming on Netflix; and Graham Fuller talks with Peter Strickland about his beautifully fetishistic In Fabric.

We’ve also got our Sound and Visionaries section, where we spotlight the work of six below-the-line artists or teams about their impressive work on films in the awards conversation. I talk with Mark Kovern about the score for The Lighthouse; Aaron Hunt has a great piece on The Irishman DP Rodrigo Prieto; Abbey Bender profiles Hustlers costume designer Mitchell Travers; Matt Mulcahey extolls the work of Once Upon a Time… in Hollywood production designer Barbara Ling; Vadim Rizov speaks with editor Anne McCabe about cutting A Beautiful Day in the Neighborhood; and I learn about the engine growls of Ford v. Ferrari from members of the sound team: David Giammarco, Paul Massey and Don Sylvester. And introducing that section, three sharp essays on the year in cinema from Tim Grierson, Mark Asch and Beatrice Loayza. 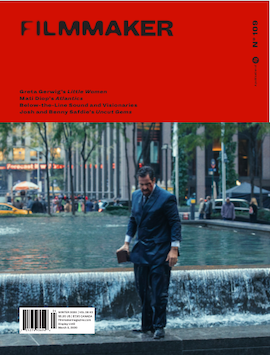 Our Reflections section kicks off with Abby Sun’s provocative critique of film festivals’s performative politics of change, “Self-Reflection in Theater Two.” Eric Allen Hatch explores the second life of brick-and-mortar video stores, Dan Christian profiles Les Blank regular Mark Savoy, and Sophy Romvari looks at the relationship between filmmaking, place and mental health in her “Where Do I Go from Here.”

As for our regular columns, Anthony Kaufman does his deep analysis of the U.S. independent theatrical release business in 2019 by digging into the successes (and not) of this year’s Sundance crop, “Hits and Misses.” Holly Willis in her “Extracurricular” column writes about teaching immersive experiences. And Joanne McNeil revisits the hyperlinked future of Wim Wenders’s re-released Until the End of the World.

In what is pure old-school Filmmaker, Mark Terry gives his own very idiosyncratic and original tips on making low-budget films in Los Angeles. And our back page is Kristen Yoonso Kim on Parasite and cinema’s samplings of the highs and lows of Korean cuisine.

If you’d like to subscribe to Filmmaker and receive access to the digital version of this issue immediately (and receive in the mail in March our Spring issue), you can go to our subscription page and use these coupon codes for a 40% holiday discount (until December 31).

For a one year print and digital subscription: Dec19Print

For a two-year print and digital subscription: TwoYearMagazine19

And for a one-year digital subscription: Dec19Digi.