“The Act of Listening Requires a Sort Of Surrender to the Narrative of the Other”: Ofra Bloch on Afterward 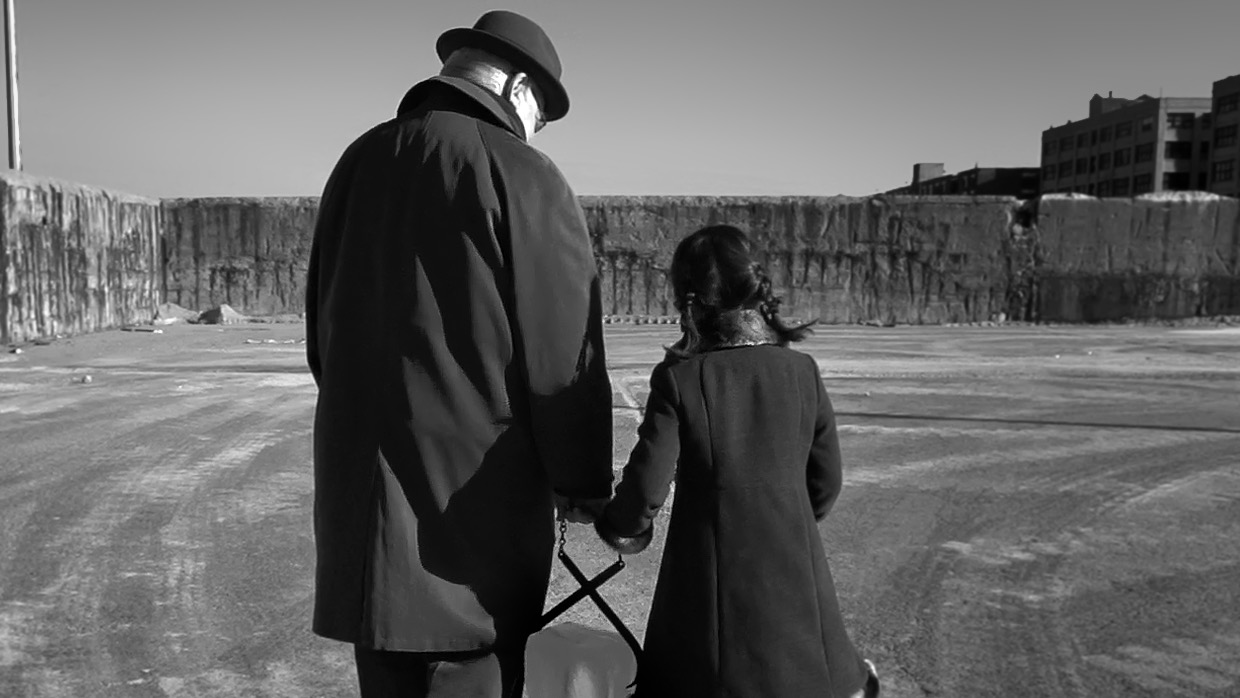 by Lauren Wissot
in Directors, Interviews
on Jan 10, 2020

Born in Jerusalem but based in NYC, Ofra Bloch is a longtime psychoanalyst, an expert in trauma, who’s been making short documentaries for the past decade. Which makes her the perfect guide on the unconventional cinematic journey that is her feature-length debut Afterward. The film follows the director on her own healing excursion, from Germany to Israel and Palestine, in an effort to understand the mindset of those brought up with the tag of victim or victimizer — or in her case both. In Germany Bloch, whose great uncle lost his wife and children in the Holocaust, meets directly, one on one, with the children of SS officers and even a former neo-Nazi. While in Israel and the Occupied territories the setup is the same. Bloch engages in intimate conversations with everyday Palestinian men and women who were raised to hate her as she was raised to loathe the Germans (and fear those who now sit right across from her and in front of her lens). It’s both a revelatory social experiment and a profile in courageous vulnerability.

Filmmaker was fortunate to catch up with Bloch a few days before the film’s January 10th theatrical release.

Filmmaker: At the beginning of the doc you state that you wanted to be a filmmaker but became a psychoanalyst. Was there always a correlation between the two professions for you? Afterward certainly strikes me as a therapeutic journey of sorts — especially since you interview both a Palestinian woman and the daughter of a Nazi officer who likewise chose psychiatric work.

Bloch: Sometimes we don’t know what we know. In other words, I was clearly unaware as a teenager when I gravitated towards making films and doing psychoanalysis that there is a correlation between the two disciplines. This is both in terms of the similar skill set, and because in both cases one uses manifest and latent material and applies dream work principles in order to understand images and create meaning.

But there was much more that I didn’t have a clue about. I set out to make a film about how second and third-generation Germans experience the memory of the Holocaust in their daily lives, and I ended up talking to Palestinians about their experience living under the Israeli Occupation. What started as a mission to talk to the German and Palestinian “other” ended up turning into my very own therapeutic journey. My unconscious was alive and kicking. Even when I didn’t always pay attention, it still led the way.

Filmmaker: The film spotlights so many thoughtful characters with such profoundly nuanced viewpoints. Which made me wonder if you’d ever considered including any black-and-white thinkers — say, West Bank settlers or proud descendants of Nazis — those who might most benefit from a deep probing of their rigid orthodoxy.

Bloch: The idea of contrasting “black and white” thinkers did not occur to me for the filming of Afterward, mainly because my film focused on the act of active listening to the other, and there isn’t much of that activity going on among people who tend to think in a binary.

The act of listening requires a sort of surrender to the narrative of the other. Active listening doesn’t ask the listener to erase her own memories and knowledge, but rather to allow space for the other to share their narrative so as to develop empathy. The listener isn’t required to agree or endorse what she hears, but judgment and criticism are forbidden for the simple reason that one can’t argue with the emotional experience of the teller, with their personal truth.

Filmmaker: Watching the film it hit me that the dynamic between the descendant of a Nazi and the descendant of a Holocaust survivor is very different from that of the Holocaust survivor’s child to a Palestinian. In the former instance there is no power imbalance — the oppressor is no longer oppressing in the here and now. (Victimization strikes me as more like a “phantom limb” for a Holocaust descendant.) But in the latter case the Palestinian is still being oppressed. Were you aware of these power dynamics while you were filming? Did it affect how you approached each interview?

Bloch: The goal of my encounters in Afterward centered on the opportunity to learn, to comprehend, to be able to imagine what it is like to be another. I gained a lot of knowledge, but I also discovered that I changed with each encounter.

When I sat with the Germans, I felt that I was in the comfort zone of the descendent of the victim generation. I didn’t have to move uneasily in my seat when I faced the Germans. On the other hand, though they didn’t choose where they were born and who their parents and grandparents were, they still needed to experience the shame and the responsibility transferred to them by prior generations.

So it was a harsh reality check for me to face the Palestinians and realize that this time around I inhabited the victimizer’s seat and had to struggle with the shame and responsibility that came from being implicated in the Occupation that continues to this day. The Germans whom I interviewed provided me with the opportunity to feel good about myself, as if it was an act of generosity on my part to listen to them. Could it be that I went to them first in order to learn how they deal with their own shame responsibility and, armed with that secondhand knowledge, I could allow myself to face the Palestinians?

Filmmaker: I was also quite taken with the cinematic artistry of the film — with its strong yet subtle score, and the weaving in of evocative historical images throughout. Your interviews are true conversations with real people. (Thankfully there are no talking heads.) Was the look and feel of the film you wanted to craft evident from the start?

Bloch: I only hoped for something on a smaller scale, an act of humanizing the other, a small attempt to undo the othering I personally have done. I did not work with a script, but I knew how I wanted the film to start.

The heart of Afterward was always the tale about my great uncle Binyamin hinting to me about the horror and loss in his life through telling me jokes about his life in the concentration camp where his wife and two children perished. I had to film that scene, and I was quite relentless about it. When I returned from the shoot in Germany the story still didn’t have a middle and an end and lacked any resemblance of an arc. Every member of the team pointed out to me that when the film’s DP Alex Stikich decided to direct the second camera at me during my interview with the ex neo-Nazi leader of Berlin, the scene gained emotional depth.

It was then that we decided to have the second camera directed at me during the shoot in Israel and Palestine. In the first round of editing, the film felt separated into a German part and an Israeli-Palestinian part. But after feedback and deliberation, we realized that the structure of the film had changed along with my role in it. My personal reminiscences and dreams were represented by archival material with my voiceover and became the glue that kept together the film’s different parts. Getting there was an intense emotional journey and a profound therapeutic experience for me.

Filmmaker: So do you have plans for an international rollout, specifically in Israel and German, to reach those audiences that might benefit from seeing their histories reflected onscreen?

Bloch: My dream has always been to reach the widest possible audience, but with it came a personal yearning to screen the movie in four cities: Tel Aviv, Ramallah, Berlin and New York. Afterward premiered at DOC NYC in November 2018 and has been touring the festival circuit in the past year. We also had the opportunity to screen it at the United Nations for the (White House) Correspondents’ Association.

Last month, Afterward was invited to be screened as part of the Solidarity Tel Aviv Human Rights Film Festival. At this time when there is such a rise in racism, anti-semitism, bigotry, and prejudice, when division and rigid partisanship characterize the political reality around the world, I would very much like for this small documentary to be screened everywhere. I feel that it is the young generation that not only crave change, but also are asking for help figuring out the first step. I don’t have a blueprint for a solution, but I strongly believe in what Afterward advocates: listening.