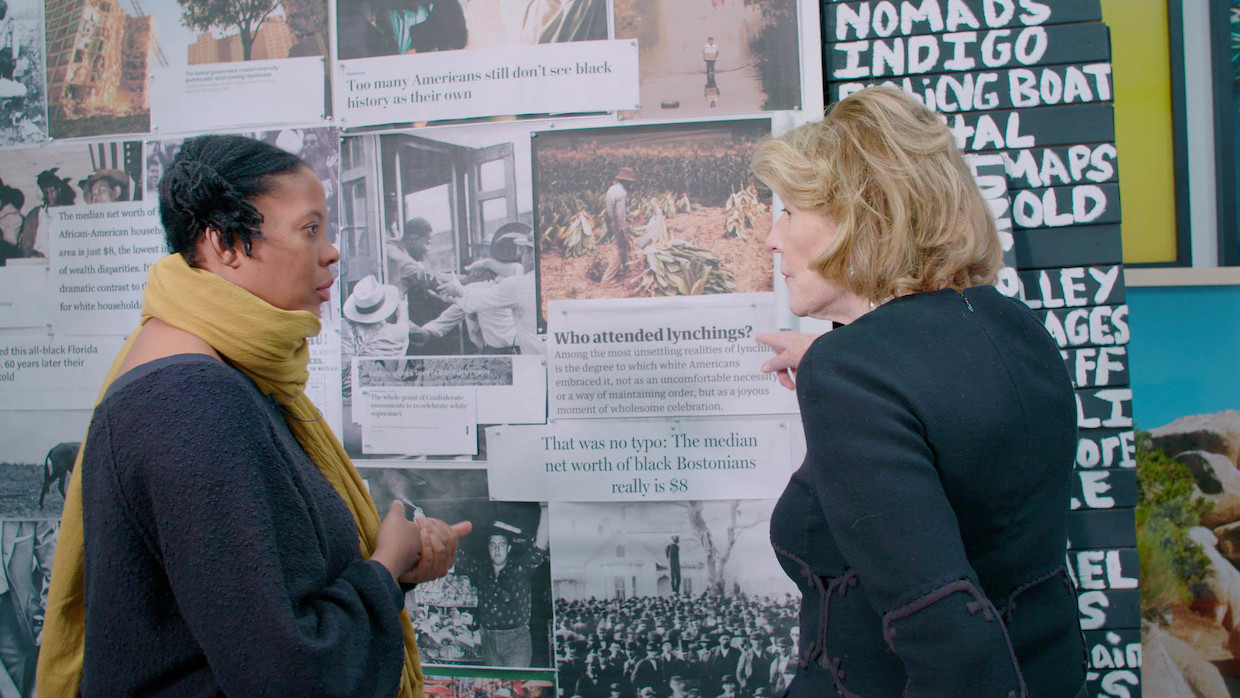 A still from Aggie by Catherine Gund (courtesy of Sundance Institute)

One object dominates the narrative of my documentary film Aggie: a four-and-a-half foot square canvas painted by Roy Lichtenstein in 1962 called Masterpiece. Who knows exactly what this piece meant to my mother, Agnes Gund, when she bought it in 1976, but like thousands of other contemporary artworks she has collected over her lifetime, Masterpiece came to feel like a friend. Aggie collects abstract works and representational works. She collects photographs, drawings, prints, sculptures, paintings, films, installations and performance pieces. She is known for her keen visual judgement.

According to my mother, artworks are gifts by artists given to the world and should be widely shared – accessible to everyone. Aggie has given thousands of artworks to museums, universities, libraries, embassies and the public square. But this time, she chose to sell an artwork. What she did with the proceeds of the sale of Masterpiece has become legendary: she dedicated $100 million to establish the Art for Justice Fund, which makes direct grants to artists and advocates focused on safely reducing the prison population, promoting justice reinvestment, and creating art that changes the narrative around mass incarceration.

James Baldwin once wrote: “The artistic image is not intended to represent the thing itself, but rather, the reality of the force the thing contains.” In the case of “Masterpiece,” Aggie magically turned an object into justice because the painting still remains (and so does her friendship with the artist), and at the same time, organizers, lawyers and artists fighting for criminal justice reform now have resources that didn’t exist. Before, the world had Masterpiece. Now, the world has Masterpiece and $100 million to pursue policy reform and creative work promoting safer and healthier communities. We are all the better for the success of this growing movement, not least of which are cultural and narrative, including critical national conversations about anti-black racism, wealth, poverty, punishment and dignity.

Last year, when asked if she missed her “friend,” that painting that she had lived with—and loved—for 40 years, she shocked the audience by bluntly responding, “Yes, but in the end, it’s just a thing.” In other words, the object is far less important to Aggie than the values of fairness and equity. No object is more important than people, artists, community and love.

My mother taught me many things about creativity, beauty, listening and looking. To her, the fundamental purpose of art is to guarantee a world in which artists can exist. That’s the world Aggie wants to live in and every move she has ever made has functioned to create that world. So that is also the world of my film. Yes there is art everywhere—extraordinary, transformative art—but in the frame, as in her life, artists are the foreground, to be celebrated, listened to and loved. And regardless of the objects they produce, or whatever happens to those objects, artists help us all imagine our own beauty in the moment and feel our own innate power as human beings. That is the force waiting to be unleashed.