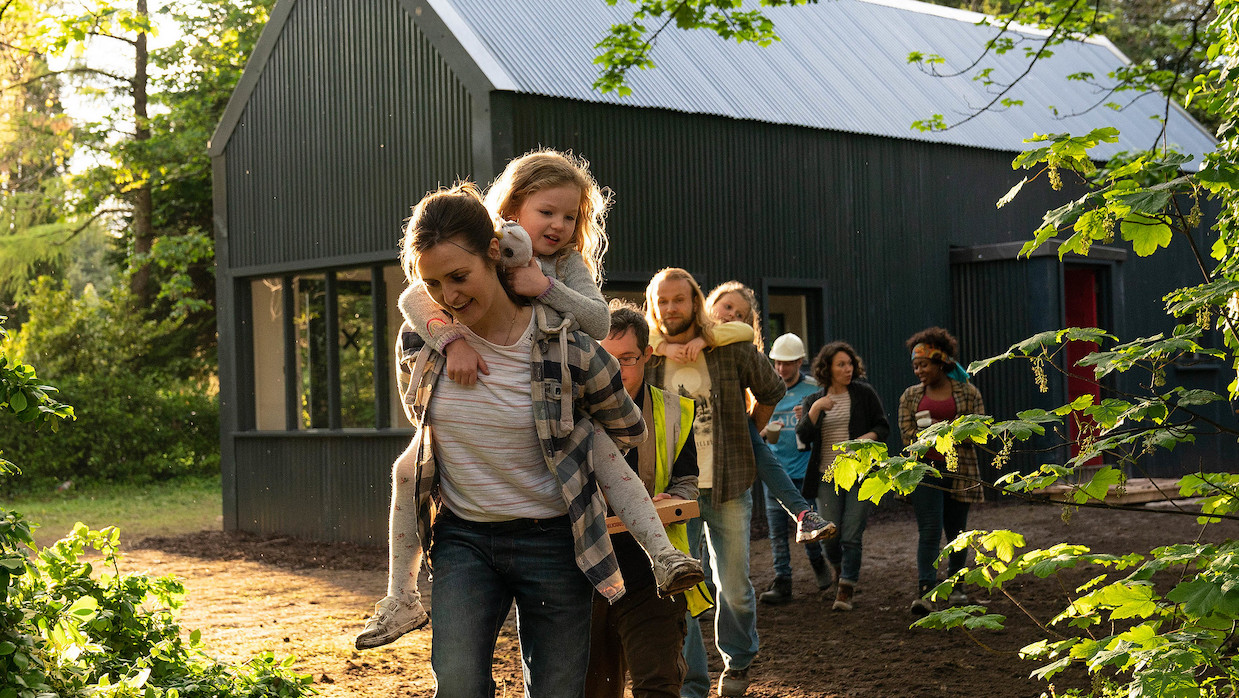 In Phyllida Lloyd’s Herself, single mother Sandra (Clare Dunne) struggles to support and accommodate her two daughters in Dublin after leaving her abusive husband. Realizing that the system in place is not designed to provide any meaningful support, Sandra reaches the conclusion that she is the only one who is able (and willing) to affect any real change in her own life. She decides to build a house—literally from the ground up—in order to ensure that she and her daughters have stability and security in the future. Editor Rebecca Lloyd shares insight into her roots as an editor, what it took to shape the film, and the impact of Dunne’s commanding performance.

Lloyd: Phyllida contacted my agency Casarroto Ramsey and my name went into the hat. We had a lovely Skype chat meeting and I got the job. I later found out my name had been recommended by a few people to Phyllida which is always lovely to hear.

Lloyd: It was a joy during the shoot to see the script become alive and I cried many times watching Clare Dunne’s powerful performances. My goal was to always stay true to my first instincts and not cut if I didn’t need to. Some scenes from the assemble remained untouched and others changed dramatically. We discovered early on that we did not need to place music over scenes and they stood powerful without it. The edit went through many transformations, experimentations and restructuring. Phyllida is an amazing collaborator and working on this film has felt like one big family that all worked hard to make the film the best version it could be.

Lloyd: We had a rule that if Sandra (Clare Dunne) left the room, we would cut.

Lloyd: I started out in avid support to assistant editor. I’ve worked with so many talented editors who let me cut, do sound design, listen and observe. I use all of the skills that I learned during those years now that I’m an editor.

Lloyd: Avid. It is the best platform for shared projects, media management and what I trained on.