“My Process is Totally Based Around Story and Emotion”: Editor Alex O’Flinn on Wander Darkly 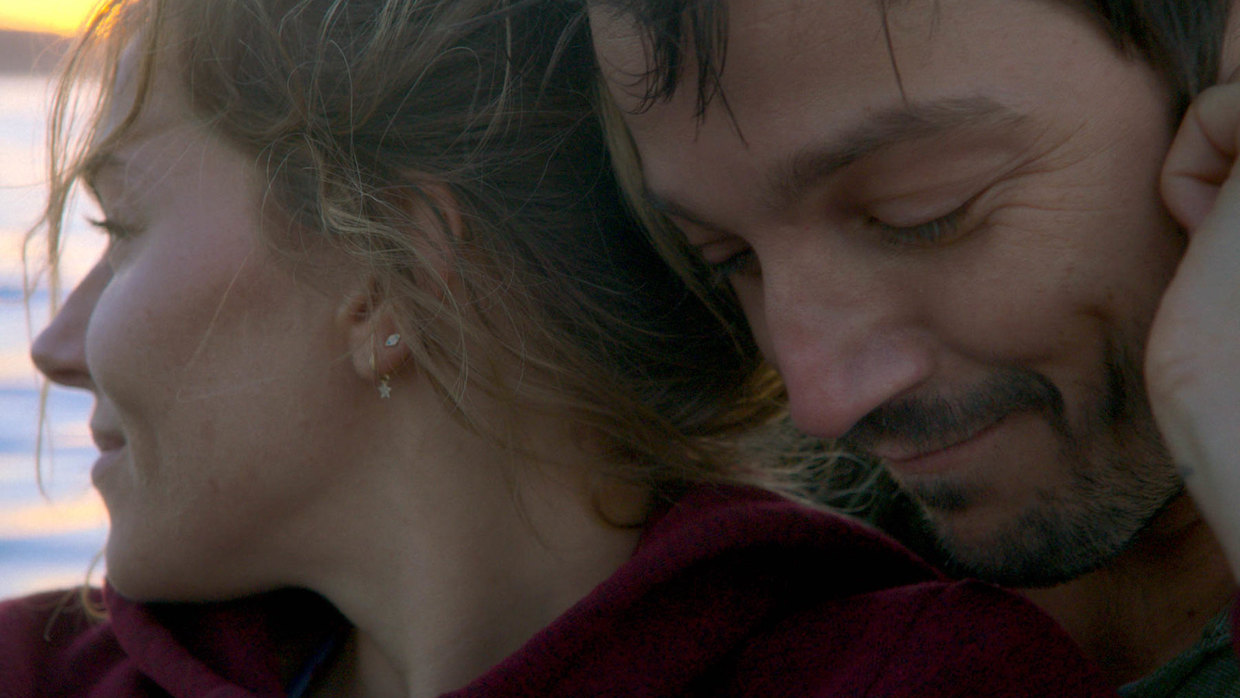 In Tara Miele’s Wander Darkly, the narrative is comprised of a string of memories as Adrienne (Sienna Miller) attempts to dissect the events that led up to a tragic accident. As a result, her relationship with Matteo (Diego Luna) comes under scrutiny and must be reevaluated. The fate of her daughter also remains uncertain, making the memories explored all the more painful. Editor Alex O’Flinn explains how the editing process shaped the film’s exploration of memory.

O’Flinn: My goal as an editor is always to keep the audience emotionally involved in what’s going on on-screen. That goal permeates every decision I make. Some of the things I love about Tara’s film are the beautifully charged and authentic performances from Sienna Miller and Diego Luna combined with some extremely bold in camera transitions and moves that Tara created. There was a natural fluidity and kinetic harmony between the camera and the performances in the dailies and I wanted to preserve that rawness and present it in a way that would allow the audience to become emotionally engulfed in the characters.

O’Flinn: I constantly ask myself questions in the edit like: “As an audience member, what

have I learned up to this point that will allow me to understand what’s going on here emotionally? How do I know this character feels this way about this situation? How do I know where I am? etc.” If the answers to my questions are thin, then I know that I have to do some work in flushing out some moments or scenes. My process is totally based around story and emotion. That’s it. And I’m constantly trying to get out of the way and watch what the actors and camera are doing and letting that guide me. I really rely on that as my Rosetta Stone so to speak.

Specifically with Wander Darkly, Sienna and Diego were so tuned in to each other and their characters, I just tried to let the natural rhythms and emotional truth they found on-set lead the way, as there was an authenticity to it. Then I’d ask myself a bunch of questions like the ones I mentioned, to make sure I wasn’t missing anything or taking the audience down the wrong path.

Filmmaker: As an editor, how did you come up in the business, and what influences

have affected your work?

O’Flinn: I got my MFA in Film at UCLA and when I graduated I started working as an assistant editor in reality television. Reality television is a great place to start because you’re just thrown into the grind of what goes into making and delivering a show. There’s no backup when something goes out of sync, is missing, is offline, etc. You are the backup and you need to figure out how to fix it. It taught me great lessons in expectations, deadlines, organization, communication and how to think fast on your feet.

I then moved on to become an assistant editor for Miranda Yousef on Morgan Neville’s film Troubadours. Miranda and Morgan were great teachers, and they allowed me to cut some scenes, which created a spark in me that maybe I’d like to pursue a career as an editor.

After Troubadours, I started cutting anything I could get my hands on—student shorts, industrial films, interview footage—I never said no. I got a big break when Ana Lily Amirpour, who wrote one of the shorts I edited, asked me to edit A Girl Walks Home Alone At Night. That film premiered at Sundance in 2014 and really launched my career in feature film editing.

In terms of influences, I try and see a lot of art and plays and read as much as possible. I really believe it’s important to immerse yourself in different kinds of storytelling from a variety of mediums. Jennifer Egan’s novel A Visit From The Goon Squad has had an incredible influence on me, and I think about it all of the time when I am in the early stages of figuring out a film’s structure. What she does with structure and time in that book is extraordinary. I’m also indebted to some incredible teachers I’ve had along the way. I cannot say enough about how their support and guidance has helped me.

O’Flinn: I really love AVID. Its shared storage system and trim tools make it in a league of its own.

O’Flinn: For me, beginnings are the most fun to cut and the most difficult. They are the most difficult because they are the first introduction that the audience is getting to the film and as a result, I really want to establish a sense of tone, rhythm and character early on, but do so in a way that is natural to the film. They are the most fun to cut because you have a great deal of freedom as an editor to experiment. Many times, the beginnings of films aren’t what was scripted, and that’s a fun opportunity for an editor to explore.

In Wander Darkly, the opening of the film is comprised of footage from a later scene, and wasn’t scripted to be at the beginning. But when Tara and I saw it at the front of the film, we really felt that it was the best way to meet these characters while also establishing the love that they have for each other.

O’Flinn: What I love about this film is that a lot of the things that an audience might think was achieved through VFX was done in camera. The biggest example of this is most of the transitions. With that said, VFX played a huge role in the film, but it was extremely important that every effect was rooted in the natural environment of the characters. Our VFX supervisor, David Lebensfeld, did some really beautiful work on this film.

O’Flinn: What strikes me about this film is that I’ve seen it so many times, and I still find myself emotionally moved at the end every time I watch it. So for me, it’s not that the film’s meaning has changed over time, but rather that the story speaks and taps into something so human that it remains potent regardless of how many times one sees it.