“…A Forensic Tick-Tock of How Lies Spread”: Andrew Rossi on After Truth: Disinformation and the Cost of Fake News 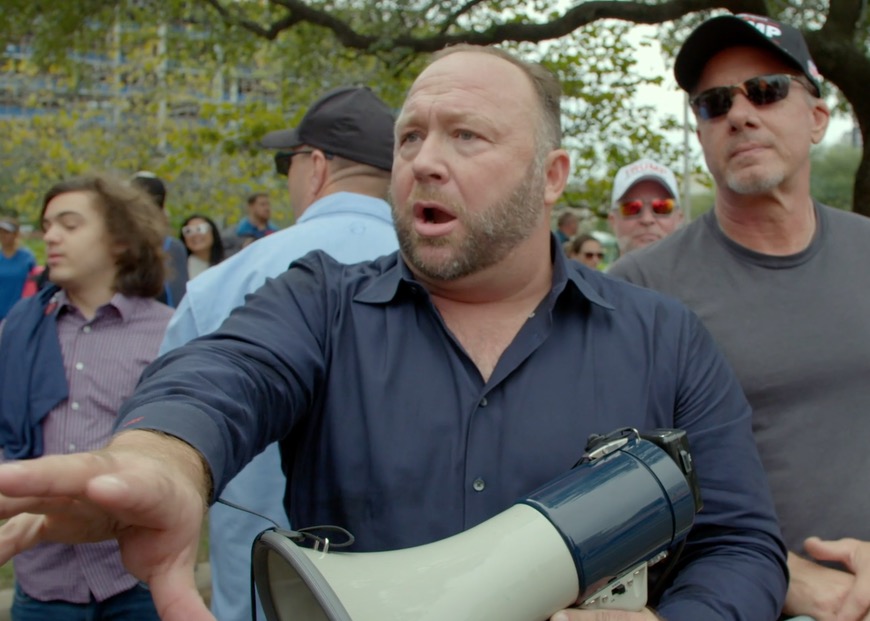 by Lauren Wissot
in Directors, Interviews
on Mar 19, 2020

#pizzagate, After Truth: Disinformation and the Cost of Fake News, Andrew Rossi, Documentary, HBO, Page One: A Year Inside The New York Times

The information landscape has transformed with vertigo-inducing speed since 2011, when Andrew Rossi last looked under the hood of the (reality-based) news business in Page One: Inside the New York Times. And now that Edward R. Murrow is rolling in his grave (and Geraldo Rivera is most likely looking for ways to monetize that), it makes sense that Rossi would be the filmmaker to tackle today’s crisis of media faith with his latest HBO doc, After Truth: Disinformation and the Cost of Fake News.

Executive produced by CNN’s Brian Stelter, the film takes a deep dive into the post-truth world that birthed the likes of Pizzagate, the Seth Rich murder conspiracy, and more. And it does so through the eyes of both the perpetrators and, more importantly, the actual flesh-and-blood victims – ultimately revealing the human toll of a “propaganda pipeline” that affects us all.

Filmmaker was fortunate to catch up with Rossi just prior to the doc’s March 19th airdate on HBO.

Filmmaker: You’re working with CNN, which you’ve long had a relationship with, and its chief media correspondent Brian Stelter — formerly of the New York Times, a company you documented in 2011’s Page One: Inside the New York Times — on this documentary for HBO, another company you’ve worked with before. So how do all these media entities lead to this latest project, if they do?

Rossi: After Truth plays to me like a sequel to Page One. We’re still searching for ways to protect quality journalism, but the difference now is that fact-based discourse itself is under fire. Ten years ago the fear was that the New York Times might not survive the death of print advertising and competition from digital media. The columnist David Carr asked, “Are we going to toss all of that out (e.g., newspapers) and see what Facebook kicks up?” Who would have thought that those words could be so prophetic? Fast forward ten years and we are still sifting through the crime scene that was Facebook in the 2016 election.

When we filmed at a Trump rally in Houston, several attendees called out the New York Times as “fake news,” and at one point the arena echoed with the chant “CNN sucks.” Going into this film I knew that our characters would need to connect with viewers independent of any institutional affiliation because the distrust is so profound. So we focused on the human stories of individuals whose lives have been turned upside down by false news and conspiracies.

In terms of my previous experience with journalists at the Times and CNN, that definitely makes me sympathetic to the challenges of reporting and the stakes for getting it right. People make mistakes and it doesn’t serve our democracy to put the fourth estate on a pedestal. But the assault on facts, the muddying of waters, and the embrace of multiple, subjective realities is having terrible negative consequences. The film makes the case that our democracy cannot function unless we address that problem head on.

Filmmaker: Unfortunately, there’s a wealth of case studies to choose from when it comes to online disinformation. So how did you decide what to document? Were there any particular stories that you wish you’d had the running time to cover?

Rossi: We focus on some of the most trenchant lies from 2015 to 2018, the period when our information ecosystem really goes haywire. These are conspiracies and fake stories that are pushed by domestic propagandists and foreign adversaries into the mainstream media and mass awareness. We investigate the Jade Helm conspiracy, Pizzagate, the murder of Seth Rich, the Alabama special election and the Mueller smear, in a roughly chronological arc. But the common theme throughout, the underlying emotional engine, is how hatred of marginalized groups is fueling the lies.

A common fascist tactic is to demonize a group, advancing falsehoods that flatter the prejudices of people who believe they have special, secret knowledge. Many viewers will only have a passing knowledge of the Pizzagate case. They aren’t aware of how the DC-area restaurant Comet Ping Pong was targeted because the owner is gay and the pizza place has become a safe haven for the local LGBTQ+ community. The outlandish lie that Comet was the nexus of a child sex-trafficking ring got purchase because of homophobic myths. Similarly, the idea that a 2015 military exercise in the southwest was the beginning of a federal government takeover was driven by distrust and hatred of President Obama.

We chose our case studies to provide a forensic tick-tock of how lies spread, and to emphasize this human, emotional side. Hopefully the testimonies of the victims gives an insight into the psychology of false news. I think when you see Comet’s owner James Alefantis or Seth Rich’s brother Aaron share their pain onscreen it cuts through the fever dream of lies that populate online forums and social media. If we had been able to include another case study, I would have liked to have learned more about Imran Awan, the congressional IT specialist who was falsely accused of being an operative and even described by President Trump as a “Pakistani mystery man.” It’s another example of racism and hate driving a false story.

Filmmaker: As you noted, your interview subjects range from Comet Ping Pong proprietor James Alefantis, to Aaron Rich, whose brother Seth became the subject of a right wing conspiracy theory after a robbery gone wrong. But you also speak with disinformation experts like Recode cofounder Kara Swisher. So who couldn’t you get to go on camera? Did you attempt any serious discussion with Alex Jones?

Rossi: I submitted several media requests to speak with Alex Jones, none of which were answered. But after he was de-platformed from Facebook I found him outside of a Trump rally in Houston where he was standing with a megaphone yelling at protesters behind a police line. I went up and asked him how he felt about losing his account on Facebook. He said that CNN reporter Oliver Darcy, who had sparked the discussion with Facebook executives, was a “book burning monster.” It was surreal to see him on the street outside of the stadium, having lost his voice both virtually and physically. I think his absence from the mainstream conversation today is a testament to the power of de-platforming toxic, hateful voices that violate platforms’ policies.

In terms of other subjects we had hoped to speak with, John Podesta and Donna Brazille both had a very personal connection to false stories, but they didn’t feel comfortable speaking on camera.

Filmmaker: So what has the disinformation campaign against this deep dive into disinformation looked like so far? How do you prepare for the inevitable backlash once the film gains wider release?

Rossi: Within minutes of Brian Stelter tweeting out the announcement about the film there was a flood of vitriolic posts, memes, and even attacks from Tucker Carlson and Sean Hannity of Fox News. Brian isn’t in the film and he was never on set; he’s our EP and a kind of godfather for the project. But it’s inevitable that this film will get attacked by extreme voices on both sides of the aisle that vilify the liberal MSM. It just goes with the territory, and I really admire how Brian is able to keep doing his job under so much ugly, hateful pressure. There are really important critiques to make about cable news, bias in media, and the hegemony of mainstream voices. I would never claim that line of inquiry isn’t valid. But this film is about an insidious, intentional attack on facts and individuals. And in that context I think we can learn a lot from Brian’s ability to transcend the personal attacks and keep doing his job.

Filmmaker: Other than the Alabama election disinformation campaign launched by Democrats to defeat Roy Moore, the false news stories you document are mostly birthed from right wing la la land. So considering that the HBO (and CNN for that matter) demographics — like the majority of film festivals — lean liberal, are you at all concerned that you’re not confronting with the human toll the side doing the most damage to the global info ecosystem? Or are those hearts and minds already lost?

Rossi: I think this goes back to Stephen Colbert’s line in 2006, “Reality has a well-known liberal bias.” In making a film I’m not interested in sanitizing the truth for a broader audience. Yes, I care about the ways that story engages with our emotions. But as a documentary filmmaker, I don’t have a political agenda so much as a goal to get to the truth or the reality of the subject. If that argument requires calling out figures on the left or the right I am committed to going there. But I don’t believe there’s value to a “both-sides” approach to this problem of false news and conspiracies. We cover the Alabama special election because it is a shocking example of Russian tactics being employed in a Senate race by major figures in Silicon Valley. That is a devastating moment in the normalization of these tactics, whether it’s being done to benefit Republican or Democratic candidates.

Ultimately, the hearts and minds of the viewers are beyond the control of filmmakers. There’s a wealth of science and academic analysis on how the effort to debunk false stories actually leads believers to double down on their wild theories. I think that’s why James Alefantis and Aaron Rich are so compelling in the film. They’re not trying to change your mind. They’re just sharing the truth of their experience.