Watch: First Look Selection If We Say That We Are Friends in a “Socially Distant” Online Screening 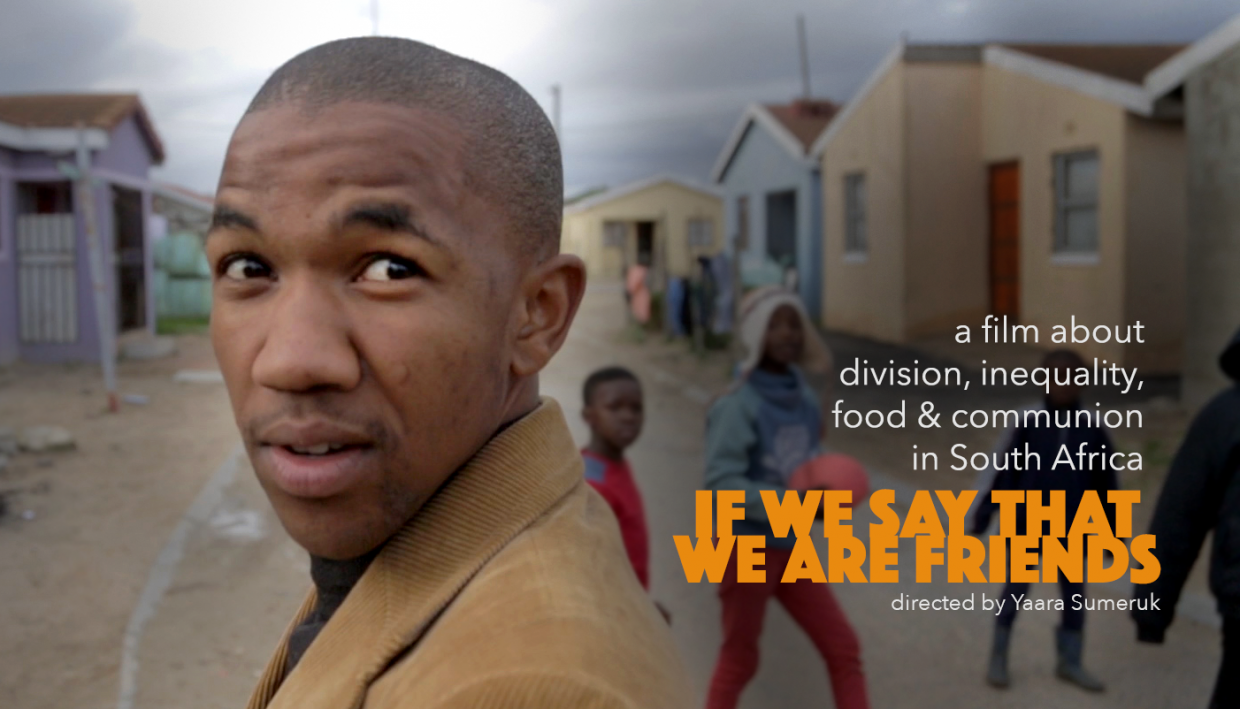 Documentary, First Look, If We Say That We Are Friends, Museum of the Moving Image, Short Film, Yaara Sumeruk

Yaara Sumeruk’s short film If We Say That We Are Friends was scheduled to have its New York premiere tonight at the Museum of the Moving Image’s First Look series. Of course, it’s been cancelled, along with the majority of the city’s cultural activity in the wake of the Coronavirus. But in what’s perhaps a forerunner of the way filmmakers may be responding to the screening cessations in the weeks ahead, Sumerek is going ahead with the event, but online, in a “social distant screening.” At 7:00 PM, viewers can click on this Vimeo link and use the password “Dine” (without quotes) to watch the short film. At 7:20, those interested in staying for the Q&A can go to Zoom, where Sumeruk and others will be discussing the short.

From the First Look program:

If We Say That We Are Friends. Dir. Yaara Sumeruk. United States, South Africa. 2019, 17 mins. In English and Xhosa with English subtitles. In Capetown, the Dine with Khayelitsha supper club invites suburban white Capetonians to break bread with black Capetonians in the townships. Scrutinizing the frank encounters that result, Sumeruk’s film reconnects with the simultaneously curious, confrontational, and optimistic spirit of cinéma vérité. New York premiere

I interviewed Sumeruk before the film’s premiere at the Camden International Film Festival, and here she explains the significance of the title:

The title of the film comes from a line that Thando Dyasi, our narrator, says: “If we say that we are friends and we never fight, there’s a problem within our friendship.” That’s what drew me to Dine in the first place; they welcome nuance, discomfort, challenge. They insist on difficult conversations because those are the ones that have the potential to crack deep seated beliefs. If you have racist beliefs, they want you to say so at dinner. If you’re scared to be at the township, say it. It would’ve been a disservice to the dinners and to the guys who host them if we created a piece that was simply “feel good” or presented these dinners as a silver bullet.