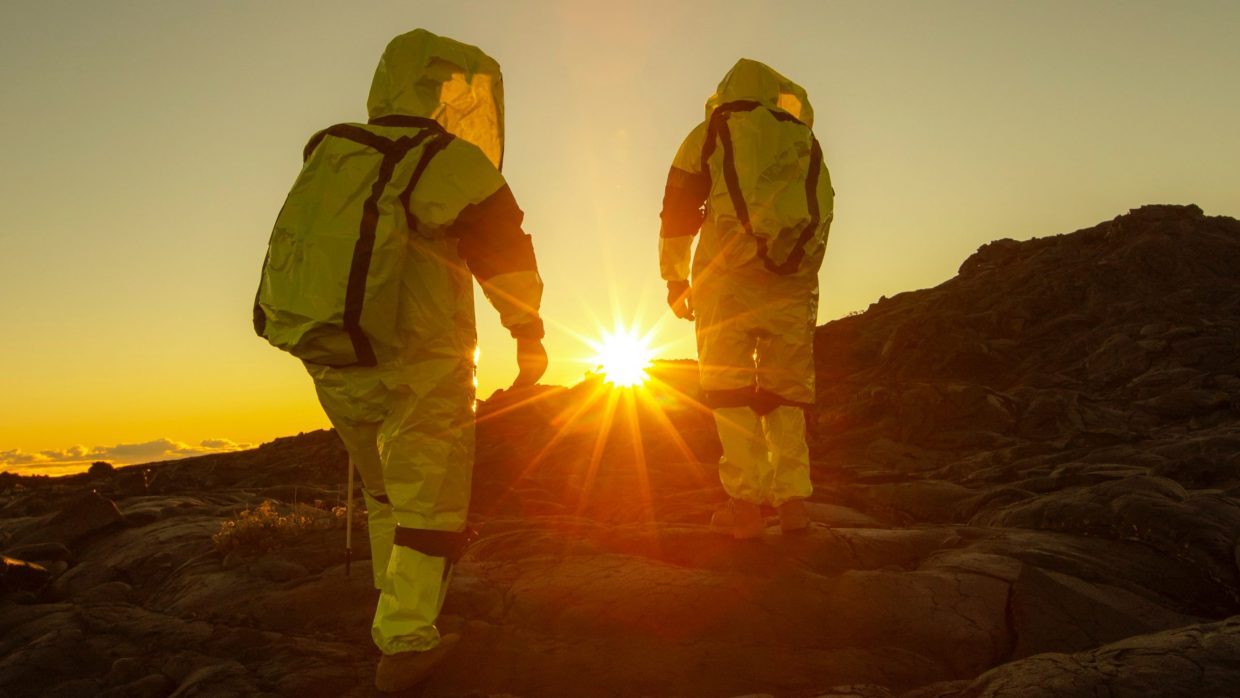 Keeping calm and carrying on (digitally, that is) during the global pandemic, CPH:DOX fittingly launched its five-day CPH:CONFERENCE series with a program titled “Science is Culture.” The “day celebrating the value of science in society and exploring how new approaches to science storytelling can engage the audience” was moderated by Jessica Harrop, supervising producer of science-centric doc studio Sandbox Films. (And impressively so. Not only did Harrop seem to be downloading questions directly from my head, but she kept the proceedings running swiftly and smoothly, all while sheltering in place from her Brooklyn apartment no less.)

While every discussion was filled with insightful dos and and often surprising don’ts (I’m talking to you, Neil deGrasse Tyson — or at least keynote speaker and University of Wisconsin prof Dietram Scheufele was) when it came to best practices in getting scientific points to stick, the final session of the day proved unnervingly timely in light of the COVID-19 circumstances. Lauren DeFilippo and Katherine Gorringe, co-directors of Red Heaven, which screened CPH:DOX and had been slated to world premiere at SXSW, joined Harrop online to discuss their doc feature, which follows six scientists on NASA’s simulated Mars mission in Hawaii. It was a scientific experiment that also turned out to be a social one, as the sextet was pretty much confined to a 1,200-square-foot dome for an entire year. (A good reminder that we self-isolators here on earth can indeed survive in shoebox apartments for a month or more.)

The filmmakers began the virtual talk by describing their time as Stanford grad students, when nearby Silicon Valley was suddenly abuzz with the idea of colonizing Mars. Slowly, the notion started to intrigue them, and when they heard about NASA’s program to simulate a living experience on the red planet they knew they’d found their story. While not exactly welcomed with open arms by the space agency, eventually they succeeded in supplying each of the six mission participants with a camera to document the year.

Their first concern, however, was the characters themselves. Would there be any drama from such even-keeled scientists? In fact, they found that the cameras turned out to be a means of expression, almost like a diary, a mental outlet to escape from the close quarters. Which prompted Harrop (and me) to wonder if there were lessons that all of us going through the coronavirus lockdown might learn from the simulation. What were the similarities and differences? Surprisingly, the duo was quick to point out the differences — most notably that the scientists couldn’t speak in real time with their relatives back home (which led to a loss of connection) and had to wear spacesuits when venturing outside (and thus couldn’t even feel a breeze on a shoulder. or the touch of sand). Some fared better than others, they added.

Then the co-directors got to the similarities, laid out in four phases. The first month of isolation is one of excitement, then comes the monotony, and then the “dreaded third quarter syndrome” (which is well-documented in history – even back to early sea voyages). This is when the boredom and social isolation really sets in. But then comes the fourth quarter — the “light at the end of the tunnel.” (Unfortunately, as of this writing, we are only in the first quarter, the excitement phase. “Hey, I get to work from home in my pajamas and binge on streaming services!”)

Interestingly, both DeFilippo and Gorringe agreed that Red Heaven is simultaneously a science film and a sci-fi one. It was important to them that the psychological aspect be felt onscreen. Which prompted the moderator to ask if the filmmakers’ presence had affected the filming in any way. The co-directors revealed that, after receiving one too many three-minute clips, they did things such as instruct the participants to just set their camera on a tripod and let it roll. The production transformed into a collaboration with the all-scientist film crew (who, of course, also happened to be their own subjects).

As the discussion wound down, Harrop inquired as to how their characters were feeling about our current crisis. Might Cyprien Verseux (Head of the Laboratory of Applied Space Microbiology at ZARM in Germany), who was originally scheduled to join but ultimately unable to make the panel, have any tips? DeFilippo noted that exercise was mandatory during the simulation, and that having dinner together (even when they weren’t speaking to one another) became a ritual. Both then emphasized that they never considered themselves “science filmmakers” but believed that the human dimension of the story would draw non-science audiences to the film. They themselves were originally skeptical about earthlings colonizing Mars but ended up having an unexpected appreciation for the far-flung goal. By looking at another planet we’d be better able to understand our own. Human resilience — and the need to challenge ourselves — became clearer as they worked on the doc. As for scientific discoveries, sending a versatile human being to the red planet just makes more sense than dispatching a robot (which could very well contain obsolete technology by the time it arrived). Silicon Valley’s framing of Mars as a venture capitalist, economic mission seemed small-minded in comparison to the scientists’ more expansive point of view.

And then the talk closed on a simple positive note. The key to keeping one’s sanity in isolation? Just maintain a sense of time — avoid the “time blur.” So keep a calendar. Exercise. Mission accomplished. We’ll all get through this together alone.