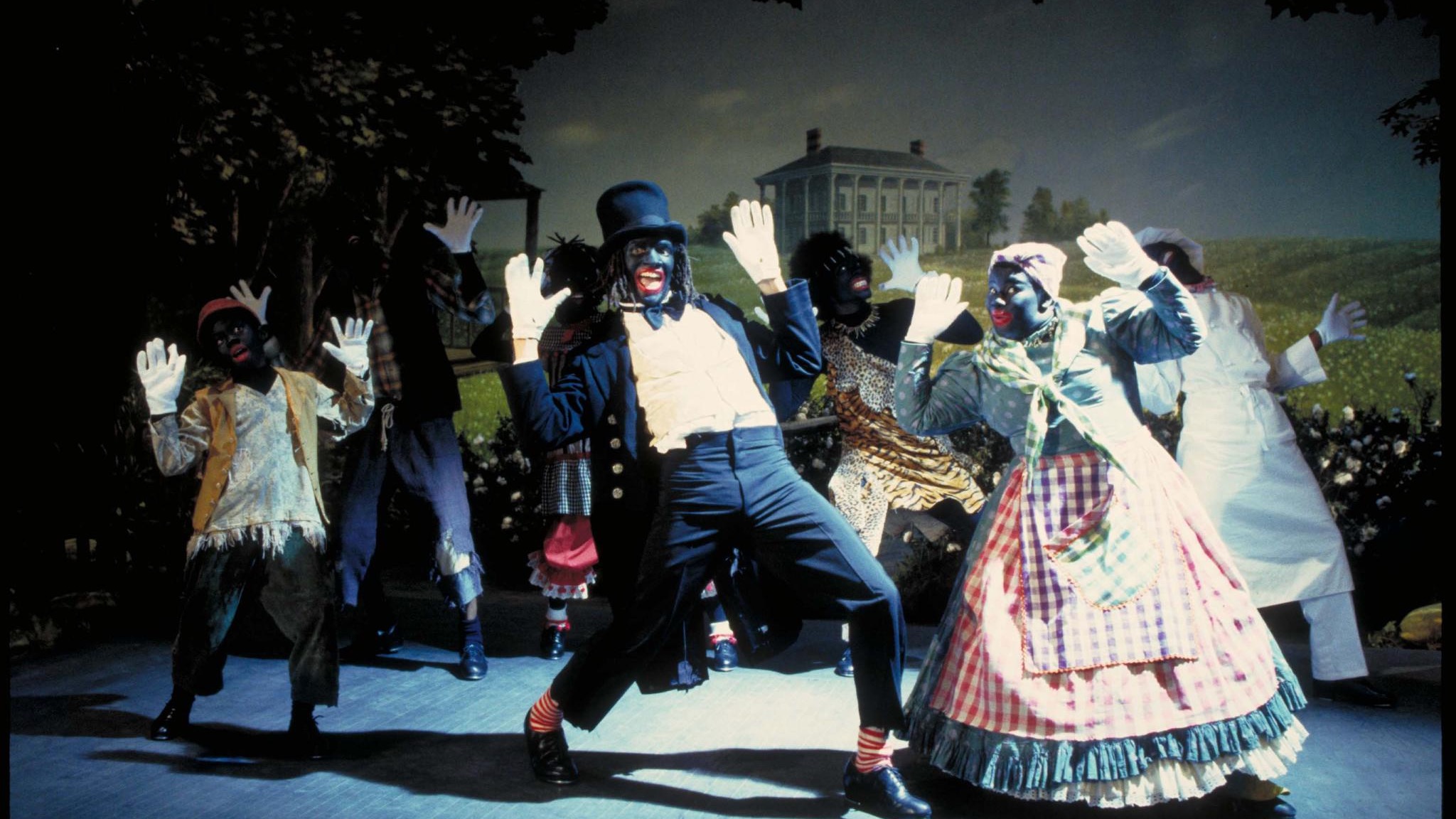 Although it borrows liberally from earlier films like A Face in the Crowd, The Producers, and Network, there’s nothing else quite like Spike Lee’s 2000 satire Bamboozled, the most ferociously funny movie of the writer-director’s career as well as one of his most formally adventurous. It’s a movie of extremes, raucous in its gleeful willingness to offend (as Mel Brooks said of The Producers, it “rises below vulgarity”) and relentless in the psychological trauma it inflicts on both its characters and its audience, with Lee’s mission being nothing less than a history of racist representation in American pop culture and a state of the union address at the end of the decade that gave us everything from In Living Color and New Jack City to gangsta rap, the WB network and Homeboys in Outer Space. Bamboozled tells the story of a black TV writer (Damon Wayans) who tries to stick it to his ignorant white boss (Michael Rappaport) by creating the most insulting and insensitive program imaginable, The New Millennium Minstrel Show; when the series proves a surprise hit not only with the powers that be at the network but with a mass audience, its creator and performers are forced to reckon with the dehumanizing stereotypes they’re perpetuating — and that are making them rich. Lee’s script is extraordinarily rich and layered, complementing social commentary and hilarious show business parody with the broader thematic concerns that run throughout the director’s work, such as sexism and misogyny in the workplace and complicated tensions between fathers and sons. The overwhelming sadness at the core of the film is as genuine and affecting as the belly laugh inducing comedy, and it’s all delivered via degraded mini-DV images (courtesy of the great cinematographer Ellen Kuras) that allow Lee unique and elaborate coverage while also giving the unpleasant truths at the heart of his material nowhere to hide. The photography is brutally direct and unadorned, and when Lee brings all the issues he’s been wrestling with together in a thoughtfully curated montage of historical images at the end of the film, the effect is as powerful as anything in Do the Right Thing or Malcolm X. Bamboozled is now available from Criterion in a new Blu-ray edition that is filled with great supplements, from a revelatory new conversation between Lee and critic Ashley Clark to interviews with Lee’s key collaborators both in front of and behind the camera.

Another new Criterion release, the 1936 version of Jerome Kern and Oscar Hammerstein II’s popular musical Showboat, is also filled with enlightening extra features and serves as an interesting companion piece to Bamboozled. A multigenerational saga about a family of riverboat entertainers in the late 1800s and early 1930s, Showboat traffics in some of the same stereotypes Lee’s film skillfully eviscerates; its view of race relations, while bold for the time, is severely compromised by the ways in which all the black characters are made subservient to white lead Irene Dunne and by Dunne’s own cringe-inducing blackface performance. Yet Showboat also contains a spectacular performance by the legendary Paul Robeson that transcends the limitations of the material, and the elegant direction by James Whale provides a master class in uniting camera movement, cutting, and musical performance. Best known in his lifetime and now for his classic Universal horror pictures (Frankenstein, Bride of Frankenstein, The Invisible Man), versatile studio craftsman Whale transforms Kern and Hammerstein’s stage production into cinema with boundless visual energy. A new interview with Whale biographer James Curtis is among the many useful contextualizing supplements on Criterion’s Blu-ray, along with an information-packed audio commentary by musical theater historian Miles Krueger and an insightful analysis of the film’s complicated view of race by professor and author Shana L. Redmond. The disc also includes radio adaptations of the play and excerpts from the 1929 film version, as well as a new restoration of Saul J. Turell’s Oscar-winning documentary Paul Robeson: Tribute to an Artist. By the way, if you want to get a look at more work by Robeson, Criterion’s streaming service The Criterion Channel currently features Oscar Micheaux’s landmark film Body and Soul as part of its “Pioneers of African American Cinema” collection, and two other worthwhile Robeson movies (The Emperor Jones and Sanders of the River) are streaming on the site as well.

Also new to streaming: Pedro Costa’s sumptuous Vitalina Varela, which is available exclusively at www.grasshopperfilm.com following its recent theatrical run at Lincoln Center and triumphant screenings at Sundance and other film festivals. Taking a peripheral character from his 2014 feature Horse Money and devoting an entire film to her, Costa focuses his camera on Vitalina Varena (the name not only of his film but also of the actress at its center), a nonprofessional actor who is mesmerizing as a woman trying to unravel the mysteries of her dead husband’s life. Returning home to a poor neighborhood on the edges of Lisbon where her husband has lived apart from her for years, Vitalina wrestles with the past she knows, the past that is secret, and the present day associates of her husband who condemn her as she tries to begin a new life and reconcile her memories with new discoveries. Costa tells Varena’s story with a unique blend of neorealist attention to physical detail and a lush, almost luxuriantly beautiful approach to light and color that in turn dovetails with an unconventional narrative structure to create a singular visual, aural, and emotional experience. At a time when several of 2020’s best films, from Bacurau to Birds of Prey, are dropping on VOD and streaming services at an accelerated rate, Vitalina Varela stands out as essential viewing.