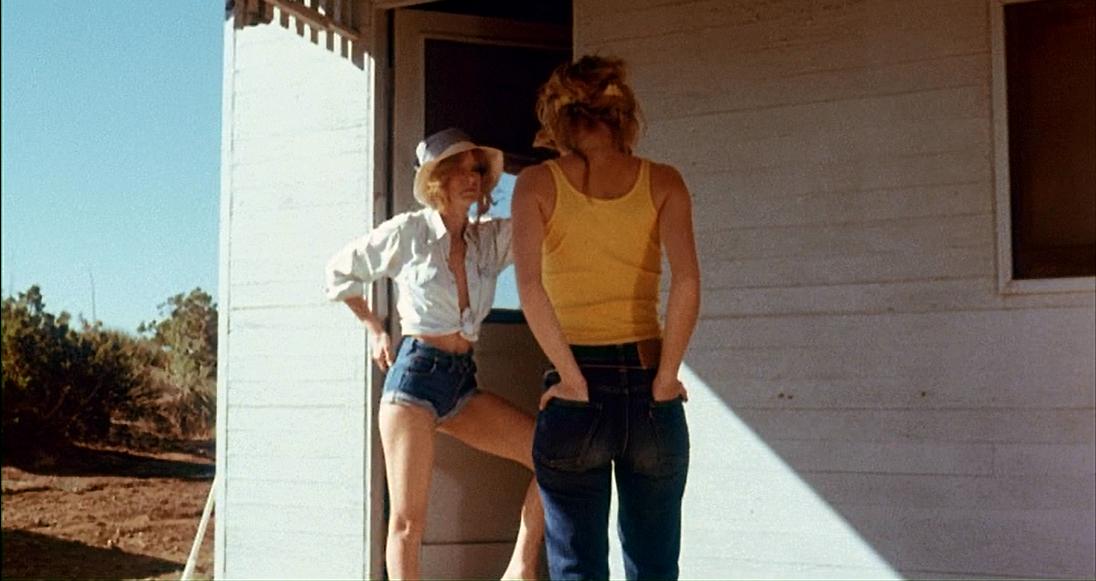 When martial arts legend Bruce Lee died in 1973 just weeks before the release of Enter the Dragon, a bizarre subgenre of action cinema was born: “Bruceploitation.” The international success of Enter the Dragon created an appetite for new Bruce Lee movies, which intrepid producers tried to satisfy by scraping together whatever meager Lee footage they could find and building new films around it; when they couldn’t get their hands on discarded scenes from Lee’s work they tried to fool audiences with movies starring Lee imitators like “Bruce Li” and “Bruce Le.” One of the strangest Bruceploitation movies – which is really saying something – is Fist of Fear, Touch of Death (1980), a fascinating curiosity from the tail end of the Bruceploitation craze that’s as clever as it is shameless. The film exists thanks to producer Terry Levene’s discovery that he owned the rights to a 1957 Cantonese melodrama Bruce Lee appeared in as a teenager; Levene gave young director Matthew Mallinson the task of building a story around this material so that it could be marketed as a new Bruce Lee picture, and the resulting film is so out there that it’s almost an unintentional commentary on the whole Bruceploitation phenomenon. Mallinson frames his film as a documentary on a martial arts competition designed to find Bruce Lee’s successor; in actuality the competition he was shooting was the 1979 World Karate Championship at Madison Square Garden, which Mallinson crashed with a permit-skirting crew that included future cinematographer Harris Savides as a key grip. After 20 minutes or so, the film suddenly shifts gears to tell the story of Lee’s youth by bringing in the 1957 movie and redubbing it so that Lee is playing himself. Mallinson then intersperses footage from a samurai flick Levene owned to present flashbacks to one of Lee’s ancestors – never mind the fact that Lee was Chinese and samurai are Japanese. Somehow Fred Williamson works his way into the framing story playing himself, and future Oscar nominee Adolph Caesar (A Soldier’s Story) appears as a sports announcer named Adolph Caesar who interviews Bruce Lee via some misleading editing. If this all sounds rather disjointed and insane, it is, and that’s part of the fun – Fist of Fear, Touch of Death is that real rarity, a true one of a kind film. The Film Detective’s new limited edition Blu-ray provides some much needed background in the form of interviews with Mallinson, Levene, Williamson and others, and also includes informative liner notes by film historians Will Sloan and Justin Decloux. I can’t say it’s a “great” film in any traditional sense, but it is a great time, and a great testament to the creativity that existed among filmmakers cranking out stuff for the grindhouses of the 70s and 80s.

An even more entertaining example of low-budget ingenuity is now streaming on Amazon Prime in the form of Michael Pressman’s directorial debut The Great Texas Dynamite Chase. Released by Roger Corman’s New World Pictures in the summer of 1976, The Great Texas Dynamite Chase is a spectacularly energetic action-comedy about two women (Claudia Jennings and Jocelyn Jones) who team up to rob banks and quickly become the targets of a large scale manhunt. The film is essentially just a series of robberies and car chases alternating with scenes detailing the thieves’ growing bond and a few romantic interludes, but there isn’t a repetitive or monotonous moment thanks to Pressman’s visual inventiveness and deft hand with his actors. Each action set piece has its own unique qualities, as Pressman consistently thrills the viewer by finding new ways to stage familiar material; the originality of the car chases is particularly stunning given the abundance of movies like this that clogged American drive-ins at the time. The action delivers the goods for its own sake but has an added urgency thanks to Jennings and Jones’ terrific performances; the pleasure and liberation they find in both their friendship and their criminal acts are infectious and gives the movie a resonance and power that sneaks up on the viewer – there are some surprisingly moving scenes between the two leads, and the emotional investment the audience makes in the heroines pays off beautifully in the rousing climax. Pressman would use The Great Dynamite Chase as a calling card to break into the Hollywood studio system and forge an eclectic career that ran the gamut from penetrating dramas (Boulevard Nights) to outrageous comedies (Doctor Detroit); his ability to juggle varied tones and his eye for graceful compositions and camera moves are evident right from the beginning in this perfectly modulated early work. Incidentally, one of Pressman’s best later films, the 1980 coming of age drama Those Lips, Those Eyes, is also currently streaming on Amazon Prime and highly recommended.

While The Great Texas Dynamite Chase looks forward to Thelma and Louise in both elements of its structure and its celebration of female friendship, the superb 2017 thriller The Archer builds on Ridley Scott and Callie Khouri’s classic, brings in the additional influence of Ted Kotcheff’s First Blood, and then synthesizes its sources into something entirely new and spellbinding. The film, which is currently streaming on Hulu, is one of the most riveting genre films I’ve seen in the last several years, an exercise in nail biting suspense that reminds one of early John Carpenter and Kathryn Bigelow. It follows high school archery champion Lauren Pierce (Bailey Noble), who is sent to a brutal girls’ detention camp after she comes to the defense of a friend whose boyfriend is abusing her; accused of assault and railroaded by a corrupt judge, Lauren finds herself under the thumb of a vicious warden (Bill Sage) until she and another inmate (Jeanine Mason) attempt to escape. Screenwriter Casey Schroen clearly and concisely lays out the groundwork for a classic cat and mouse adventure tale that works on every level: as character study, action film, and sociopolitical commentary (the story illustrates the immorality of the for-profit prison system with ruthless efficiency). Noble gives an incredible performance that recalls Sigourney Weaver’s work in the original Alien, and Sage is every bit as good as the bad guy, terrifying and believable from beginning to end. Director Valerie Weiss orchestrates the performances and kinetic action with total mastery of her craft, with an elegant marriage of blocking, camerawork, and editing; the movie takes the audience in its hand and squeezes for 90 minutes with no let-up and no mercy. Which isn’t to say that The Archer is non-stop action; Weiss is smart enough to know that action only has an impact if it’s properly calibrated with moments of repose and context, and her sense of balance here is flawless, the work of a virtuoso stylist.