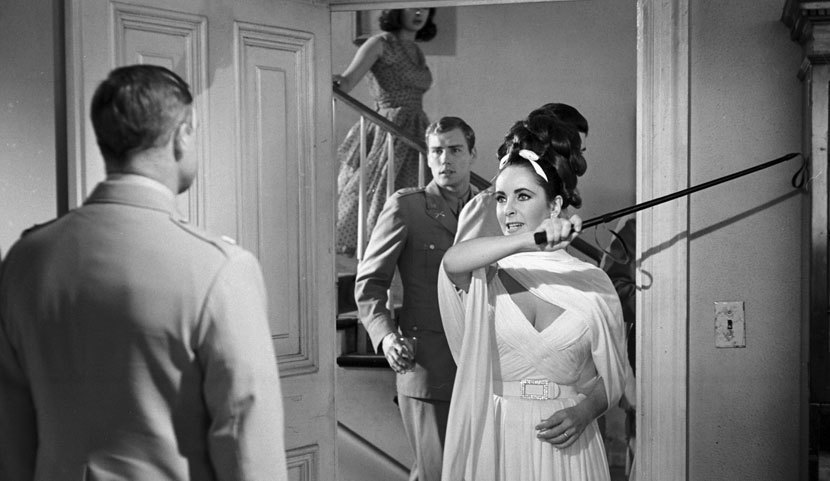 Reflections in a Golden Eye

Michael Keaton was primarily known for comedies when he gave one of the riskiest dramatic performances of the 1980s as a fast-talking addict in Glenn Gordon Caron’s Clean and Sober (1988); over 30 years later it remains a high point in the actor’s distinguished career. Keaton plays Daryl Poynter, a coke-snorting real estate salesman who needs to lay low after he embezzles tens of thousands of dollars and wakes up next to a woman who has suffered a heart attack after doing drugs with him the night before. Not accepting that he’s an addict, Daryl decides to “pose” as an addict in order to gain entry to a rehab facility where he can hide out, ultimately discovering that he is what he’s pretending to be and that the road to recovery is littered with obstacles. The greatness of Keaton’s performance lies in its total lack of vanity; Daryl is brutally unlikable for long portions of the movie, and Keaton leans into the character’s narcissism and self-destructive tendencies without falling back on the charm that had won over audiences in movies like Night Shift and Gung Ho. His character is a total mess, and watching him constantly dig a deeper hole for himself is excruciating; Keaton doesn’t force any of his behavior and doesn’t need to, since Tod Carroll’s screenplay is so insightful when it comes to the details of addiction. With precision and understatement, Keaton conveys his character’s chronic inability to get out of his own way, then illustrates the subtle shifts that ultimately occur with a remarkable economy of gesture – he gets across more with one shrug or sigh than some actors can with an entire monologue. (That said, when he is called upon to deliver a monologue in the film’s final moments, it’s a revelatory stunner.) Like Keaton, director Caron had worked almost exclusively in a lighter register when he made his directorial debut with Clean and Sober; his biggest claim to fame at the time was creating the gloriously effervescent television rom-com Moonlighting. Yet his direction here is confident and perfectly tuned to the script’s demands and Keaton’s performance, as he relies largely on long lenses and close-ups to pin Keaton down in the frame like a squirming bug under a microscope. There’s no escape for the character or the audience, and the grueling relentlessness makes Daryl’s tentative steps toward enlightenment all the more powerful. Caron wisely surrounds Keaton with a supporting ensemble of brilliant actors in top form – Morgan Freeman, Kathy Baker, and M. Emmett Walsh are all terrific here, and Caron is unerring in his placement of the camera to showcase their work. Clean and Sober is currently streaming on Amazon and iTunes and is available free with ads on Vudu; I’d recommend shelling out a few bucks for one of the ad-free options, given that the intensity of the performances and the rigor of Caron’s visual style are best appreciated without interruption.

Excellent performances and a complicated approach to audience identification are defining qualities of my other two recommendations this week as well, both 1960s southern melodramas by noted directors of the classical studio era. Richard Brooks’ 1962 adaptation of Tennessee Williams’ Sweet Bird of Youth boasts a lead character who gives Michael Keaton’s character in Clean and Sober a run for his money as an off-putting protagonist: Chance Wayne (Paul Newman) is an ambitious but unsuccessful actor who thinks he’s found one last chance at Hollywood stardom when he shacks up with a washed-up movie star (Geraldine Page) with a drug problem – he figures he can blackmail her into helping him get work. Chance returns to his Florida hometown with his new lover and meal ticket, hoping to reconcile with his old girlfriend (Shirley Knight), the daughter of a local politician (Ed Begley, who won an Oscar for the role) who orders his toady son (Rip Torn) to keep the reunion from happening. There’s a ton of sexual and political soap opera that emerges from all of this, and even more from Chance’s past that we learn about in flashbacks, but Brooks keeps a steady and firm grip on the material, striking just the right balance between psychological nuance and hysteria. The movie’s filled with deliciously heightened moments yet never devolves into camp; it’s a genuinely wrenching meditation on blown chances and regrets that retains most of the play’s impact in spite of some misguided deletions and alterations mandated by Hollywood censors. The cast is uniformly spellbinding, especially Newman in his then characteristic mode as a haunted pretty boy, and the production design by MGM’s in-house art director George Davis skillfully solves the problems inherent in adapting a play by giving Brooks richly detailed sets that provide a multitude of possibilities for his constantly prowling camera and Cinemascope framing.

Sweet Bird of Youth author Tennessee Williams happened to be one of many screenwriters attached to my final recommendation of the week, John Huston’s Reflections in a Golden Eye (1967), which had a tortured 25-year path to the screen following the publication of Carson McCullers’ novel in the early 1940s. At various points actors including Burt Lancaster and Richard Burton and screenwriters like Williams and Francis Coppola were announced for the project, which ultimately wound up in Huston and Marlon Brando’s hands with a script credited to Chapman Mortimer and Gladys Hill. Brando is flat-out fantastic as Weldon Pemberton, an army officer tortured by his repressed homosexuality and the effects it has on his perpetually unsatisfied wife Leonora (Elizabeth Taylor), who carries on an affair with a colleague of Weldon’s (Brian Keith) who has serious problems in his own marriage to a bedridden neurotic (Julie Harris). Entering the world of these disintegrating unions is a new private (Robert Forster in his film debut) who arrives on base and becomes obsessed with Leonora – while Weldon becomes obsessed with him. Huston luxuriates in the psychosexual anguish of the characters, hitting every emotional note hard and supplying a barrage of evocative images, from a naked Forster riding a horse to Taylor whipping Brando with her riding crop to one of the most hectic and unsettling final shots in Hollywood history; there’s nothing else quite like it, and the movie retains its ability to shock over 50 years after its release. Both Sweet Bird of Youth and Reflections in a Golden Eye are newly available on Blu-ray via the Warner Archive label, which has done its typically superb work on the transfers; Reflections is particularly impressive, with a flawless presentation of Huston’s original gold-hued color palette as well as the more conventionally colorful studio-sanctioned release version. Both discs also include some nifty extras – archival behind-the-scenes footage from the set of Reflections and screen tests for Sweet Bird – that add to the viewer’s pleasure.