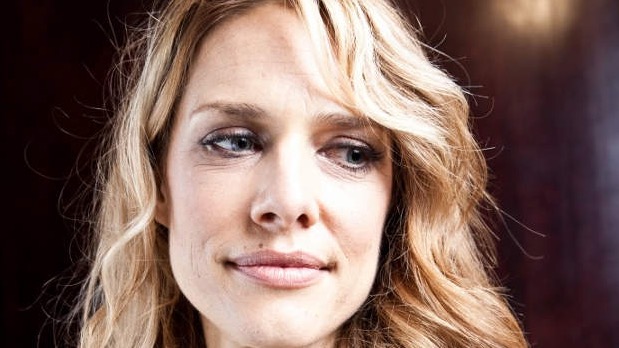 Lynn Shelton, who wrote and directed features including Hump Day, Your Sister’s Sister and Laggies, and who directed numerous television episodes, died yesterday in Los Angeles of a previously undiagnosed blood disorder. She was 54.

Long associated with the Seattle independent film scene, Shelton began feature filmmaking in her mid-30s, after working in a variety of other artistic mediums. She told Filmmaker in 2012, “As far back as I can remember I always knew I wanted to be an artist. Finding myself smitten with nearly every creative medium in existence probably made the fact that I ended up deeply exploring a variety of them before settling on narrative filmmaking unavoidable. I certainly don’t regret the years of my life spent as a poet, painter, actor, and photographer. I know in my soul that the time and energy invested in each of those endeavors add up to the filmmaker I am today.”

It was hearing speak Claire Denis, who began directing at 40, that inspired Shelton to start directing. As she told the New York Times,“I had to find a backdoor way in. I couldn’t even go to film school, I had to start making my little movies and learning about editing.” Her debut, We Go Way Back, about an actress haunted by her teenage self, won the Grand Jury Prize at Slamdance in 2006, and that was quickly followed by the SXSW-premiering My Effortless Brilliance (2008), about a combative friendship between two male writers.

By the time of Humpday, Shelton had completely honed her improvisation-based approach, which she compared to Mike Leigh’s, except that in her films the scenes were written less in the rehearsals than in the cutting room. As I wrote in Filmmaker about Humpday, “Working collaboratively with her actors, discussing with them plot details and allowing them to improvise scenes, she devised a directorial style melding strong narrative hooks with detailed character work and a feeling of sustained intimacy.” She elaborated in a 2009 interview with Jason Guerrasio: “It’s very similar to a documentary where you’re the fly on the wall and you’re just gathering footage, and you could make a thousand really different movies from that raw material. I think about it as the idea of sculpting in marble: you have this big block of material, and you’re just carving and tweaking and tweaking. It’s just fascinating, because the core of some of the scenes are the same as when we were on set, but a lot of them are constructed after the fact.”

Humpday was distributed by Magnolia Pictures, won the Special Jury Prize at the 2009 Sundance Film Festival, had its international premiere in Cannes at the Directors Fortnight, and won the 2010 Independent Spirit John Cassavetes Award.

Shelton broke into television directing in 2010 with an episode of Mad Men. About that transition, Shelton told director Ry Russo-Young in a Filmmaker interview, “When I went down to work on Mad Men, it was very intimidating. But then, I found out that my skill set as an independent filmmaker was not only enough, but was actually perfect for the pace of television. I mean, it’s very ambitious what they do. They work so hard and so fast. And I’m really well suited for that kind of work. That was really fun to find out — a real confidence booster. And to actually fulfill someone else’s vision I just found exhilarating.”

But as her TV career took off — in addition to Mad Men, Shelton directed episodes of GLOW, Dickinson, Little Fires Burning and many more — Shelton continued to make intimately-scaled independent films, working with regular collaborators like the DP Benjamin Kasulke. Your Sister’s Sister (2011) starred Mark Duplass, Emily Blunt and Rosemarie Dewitt in a tale about a complicated relationship triangle taking place in a secluded cabin in grief’s aftermath. Touchy Feely (2013) starred DeWitt as a massage therapist who develops a resistance to human touch. And in Laggies (2014), Keira Knightly plays a 30-year-old woman, on the verge of marriage, who retreats into the teenage life of a young friend played by Chloe Grace Moretz.

Shelton’s films adeptly mixed comedy with drama, but with Outside In (2017), Shelton made her most serious picture. Written with Jay Duplass, it is about an ex-con, Chris (Duplass), in love with his former high school teacher (Carol, played by Edie Falco), who helped secure his release. In a Filmmaker interview with Tiffany Pritchard, Shelton explained that despite the tonal change, her attitude towards her characters remained the same. She said, “In one virtuoso scene, Carol [Falco] delivers a classroom lecture on Greek mythology, summarizing her thoughts with the telling line, ‘We are all of us cracked vessels.’ That particular quote is something I tend to say a lot in real life. It’s a running theme in my work, that our flaws are what make us human. Being a cracked vessel — like Chris and Carol — is the essence of our humanity.”

Her final feature, last year’s Sword of Trust, starred Marc Maron, whose concert films Marc Maron: Too Real and Marc Maron: End Times Fun she also directed. At the time of her passing, Shelton and Maron, who were both creative and romantic partners, were developing a feature inspired by, they told Indiewire, ’70s films, Tarkovsky and Toni Erdmann.

Shelton was a director who instinctively knew how to develop rewarding, transformative relationships with actors, digging deep to uncover new creative energies as well as performance nuances. And even as she forged an impressive career in television, she never stopped encouraging younger filmmakers to do as she did — begin their careers locally, with trusted collaborators, and with a DIY production ethos.

Reading back this evening over the interviews with Lynn we’ve published here at Filmmaker reminded me of one of the many things I appreciated so much about her: her generosity and humility when it came to discussing her art. In discussions — here, elsewhere, and in her many festival panel appearances — she was both inspiring and compassionately transparent when it came to breaking down the evolution of her work as a director as well as her broader career encompassing both film and television.

After the stunning news of her passing, there have been many tributes to Lynn across social media these last few hours, and there surely will be many more. The same adjectives keep appearing: “inspirational,” “radiant,” “nice” “wonderful,” “pure light,” “kind.” I knew Lynn mostly from the festival circuit, and I’ll co-sign every one of these. The warmth, empathy and emotional intelligence contained within her work was reflected in her person as well. From everyone at Filmmaker, our condolences to her family and friends, who include Maron, her son Milo Seal, her husband of many years Kevin Seal, parents Wendy & Alan Roedell and David “Mac” Shelton & Frauke Rynd, brother David Shelton, Robert Rynd and sister Tanya Rynd.

(The New York Times has rounded up a viewing guide, complete with links, to Shelton’s films.)