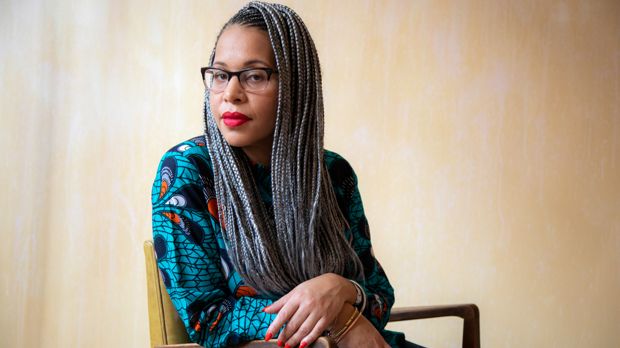 When the coronavirus descended on the U.S., Firelight Media, like every other organization, quickly shifted its activities online. The Harlem-based nonprofit has been supporting nonfiction filmmakers of color since 2008, helping move hundreds of films forward through its Documentary Lab and other programs, and it functioned as a production company for another decade before that. Thus when the pandemic stopped film production and real-world gatherings the Firelight team responded quickly with a range of new programs, a service made all the more critical by COVID-19’s disproportionate affect on the Black population. Then, of course, came the murder of George Floyd and the subsequent demonstrations as the nation, and even the world, has acknowledged the systemic and interpersonal racism that still exists in this country.

In response to this new situation, Firelight’s Senior Vice President for Programs Loira Limbal immediately launched the Beyond Resilience Series of weekly online events which began on June 5 and are continuing every Friday afternoon/evening through the summer. Besides her own documentary filmmaking, Limbal has a long history working for community organizations, including founding the Reel X Project, a social justice and filmmaking space for young women of color in the Bronx, in 2006. Now with this new initiative she’s facilitating conversations among Nlack, Indigenous, and POC filmmakers centering around the issues of the moment, with a vision toward the long-term future.

A multi-platform initiative, the series includes the Friday evening conversations on Instagram Live, events on Zoom and Medium with leading documentarians, articles written by current Firelight fellows and alumni, and a collaborative film project which will be rolled out via Twitter. There are also online screenings of films that, in the words of Firelight’s leadership, help communities weather periods of deep crisis and bear witness, seek justice, survive, and ultimately find strength and expression through the collective despite colonization, genocide, mass censorship, political upheaval, recession, warfare, and disease. Many of those conditions are obviously very real in the present moment, and overall the goal of this multipronged approach is to amplify underrepresented voices and to give current filmmakers tools to deal with the the challenges of creating and distributing work during a time of crisis. The first session dealt with “Future Visions,” about the state of documentary film and the potential for structural change to address racial and other inequalities, and the second focused on the pandemic and civil unrest under the title “Ethics, Care, and Imagination: Production in Times of Upheaval.” This Friday, June 19, looks at some historical moments under the title “Tulsa, Juneteenth, and the Importance of Black Stories – Joining the Movement for Black Lives National Call to Action,” with panelists to be announced later this week.

While Beyond Resilience isn’t accepting new submissions for film screenings, participation in the conversations is of course open, and Firelight’s other programs are also moving forward, such as with an open call for the  Documentary Lab program and the restructuing of this and the company’s Groundwork Labs, production funding initiatives, and Digital Shorts Initiatives for online execution. And other temporary programs sparked by the coronavirus continue to be available, including a needs assessment initiative in which Firelight is seeking information from the filmmaking community and webinars about direct consultations about financial aid available for independent filmmakers.

Check out Firelight’s Instagram or Eventbrite profiles for information on upcoming Beyond Resilience events. Limbal shared some of her personal thoughts about it with me via email.

Filmmaker: The series has just begun, but what kind of response have to had so far?

Limbal: We launched Beyond Resilience on June 5. The first installment had over 1,000 people register, 700 audience members attend, and 550 stay for the entire 90-minute program. It is important to note that we garnered this response with only two days of promotional efforts.

Filmmaker: It has a broad purview, taking in “a global and historical view of films” from various periods of unrest. Can you talk any more about what types of works you’ll be showcasing? Will they all be nonfiction?

Limbal: They will be fiction and nonfiction and will center voices from underrepresented communities in the U.S. and abroad.

Filmmaker: What do you personally hope to achieve over the course of the summer through this program? What will make it feel like a success to you?

Limbal: As we are seeing in this moment, every single industry and sector in the United States is complicit in perpetuating white supremacy. The documentary industry is no exception. Our hope is that this series provides a space for the deeply honest and uncomfortable conversations that are necessary to bring forth concrete, structural change. The series is meant to be both a truth telling a generative space for us to collectively create solutions—with people from directly impacted communities at the helm.