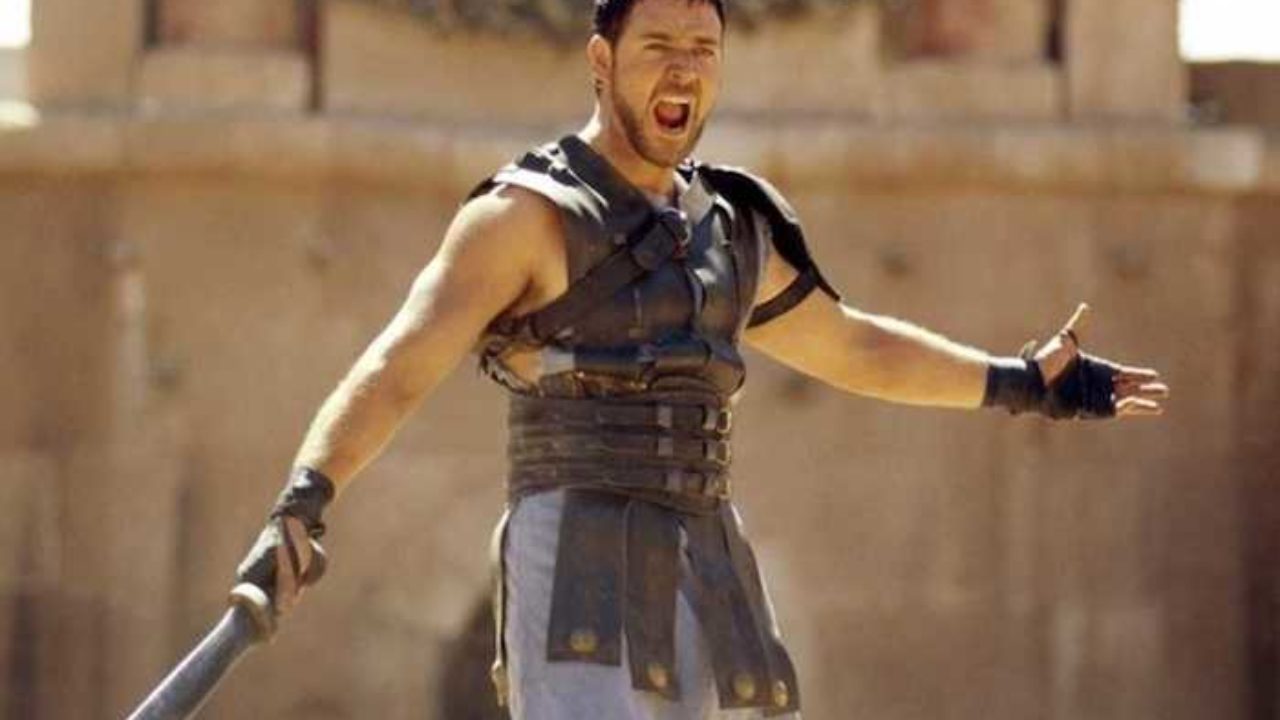 To borrow a turn of phrase from Mark Twain, the rumors of physical media’s death have been greatly exaggerated, at least if the first half of 2020 is any indication – this year has been a bonanza for cinephiles who collect 4K and Blu-ray upgrades of important films. Independent labels like Indicator, Shout Factory, Kino Lorber and Criterion continue to release a steady stream of special editions, and recently the major studios == particularly Paramount and Warner Bros. — have become more aggressive than ever about capitalizing on their catalogs. The most impressive recent package that I’ve come across in this regard is Sony’s Columbia Classics 4K Ultra HD Collection: Volume 1, which contains new 4K, Blu-ray, and digital editions of six landmark movies: Mr. Smith Goes to Washington, Lawrence of Arabia, Dr. Strangelove, Gandhi, A League of Their Own, and Jerry Maguire. What links the six films, aside from their status as beloved classics, is the fact that they’re all imaginative meditations on different forms of heroism (or, in the case of the scathing Dr. Strangelove, heroism’s complete opposite). While all of these movies have their merits and are accompanied by copious supplementary materials (as well as illuminating liner notes by film historian Julie Kirgo), for me the crown jewel in the set is a brand new restoration of Gandhi, director Richard Attenborough’s literate and rousing portrait of the Indian lawyer who led his country to independence via non-violent means. Filled with enthralling historical details and sophisticated philosophical arguments that John Briley’s screenplay seamlessly incorporates into a riveting piece of character driven drama, the 191-minute bio-pic moves like a rocket yet never feels rushed or oversimplified. Attenborough worked on Gandhi for around 20 years before finally getting the necessary financing, and it feels like the work of a man who has thought through every facet of his subject and explored every possibility and implication without losing one iota of his initial passion. Just as the real Gandhi never lost his focus even with the entire British Empire mobilized against him, Attenborough never lets the humanity of his central figure get lost amidst the scale and logistics of his enormously ambitious epic.

Like Gandhi, Ridley Scott’s Gladiator was an Academy Award winning epic that was both a huge popular success and an artistic triumph, and like Gandhi it’s been reissued in a 4K/Blu-ray/Digital combo pack that’s jammed with fantastic special features. Few directors are as generous with their supplementary materials as Scott, but even by his standards the new Paramount SteelBook release of Gladiator is mind-blowingly thorough; a 196-minute making-of documentary is just one of hundreds of supplements spread out across three discs. There are featurettes on every aspect of Gladiator’s creation from script to release, a candid and enthusiastic commentary track by Scott and star Russell Crowe, deleted and extended scenes, storyboards, memos, and rehearsal footage, all of it providing a comprehensive inside look at the process of one of our finest living directors. The movie itself has aged beautifully; Scott’s gifts for depicting both intense moments of personal crisis and scenes of large-scale spectacle are on full display and perfectly balanced, and the smart, viscerally charged script by David Franzoni, John Logan, and William Nicholson skillfully blends pulp and poetry in a manner not seen since Spartacus 40 years earlier. Gladiator also serves as a wonderful opportunity to view the late work of a number of legendary British actors like David Hemmings, Richard Harris, and Oliver Reed, all of whom would pass away less than a decade after the picture’s release. Reed famously died during the shoot, which required some groundbreaking visual effects work on the part of Gladiator’s filmmakers; one of the many fascinating passages in the disc’s behind-the-scenes material is a demonstration of the myriad techniques needed to bring Reed back to life for a pivotal scene. For all the picture’s technological wizardry though, its greatness largely rests on the central performances by Russell Crowe and Joaquin Phoenix, both of whom commit to the daunting psychological and physical requirements of their roles with relish – their work here makes Gladiator the best kind of action movie, in which action, theme, and character are inextricably intertwined.

Writer-director Peter Hyams’ 1990 thriller Narrow Margin is also a great action movie, though of a very different sort. Set largely on a train where deputy district attorney Gene Hackman and murder witness Anne Archer are fleeing from mob assassins, it’s as claustrophobic and stripped to the narrative bone as Gladiator is expansive. A loose remake of an equally strong Richard Fleischer film noir, Narrow Margin is a model of compact suspense in which Hyams takes one confined space after another and ratchets up the pressure without ever sacrificing the visually expressive possibilities of his ’scope frame. Acting as his own director of photography, Hyams is unerring in his instincts for blocking and camera placement that take full advantage of his restricted settings; on every level, from the air-tight pacing to the surroundings that enclose Hackman and Archer like trapped animals in cages, Narrow Margin works to make both the characters and the audience sweat for every one of its 99 minutes. Hyams goes into great detail about the challenges of building tension in limited spaces – and the technical solutions to those challenges – on his superb audio commentary, and the disc supplies further context in the form of a second commentary track by critic and Hyams enthusiast Peter Tonguette. The Narrow Margin is one of several excellent noir titles newly available on Blu-ray from Kino Lorber; I’d also recommend their wonderful Film Noir: The Dark Side of Cinema III boxed set, which includes three obscure titles from the Universal Studios library (Abandoned, The Lady Gambles, and The Sleeping City), all accompanied by informative historical audio commentaries and all representative of an interesting period (1949-1950) during which the conventions of film noir had been codified and were thus open to reinterpretation and reinvention by enterprising filmmakers. Abandoned is a particular delight, especially for aficionados of Los Angeles location shooting; the story of child trafficking is compelling enough on its own (and rather daring for its era), but the movie also serves as a wonderful time capsule of 1940s L.A. thanks to cinematographer William H. Daniels’ evocative street photography in Bunker Hill, Echo Park, and other neighborhoods.