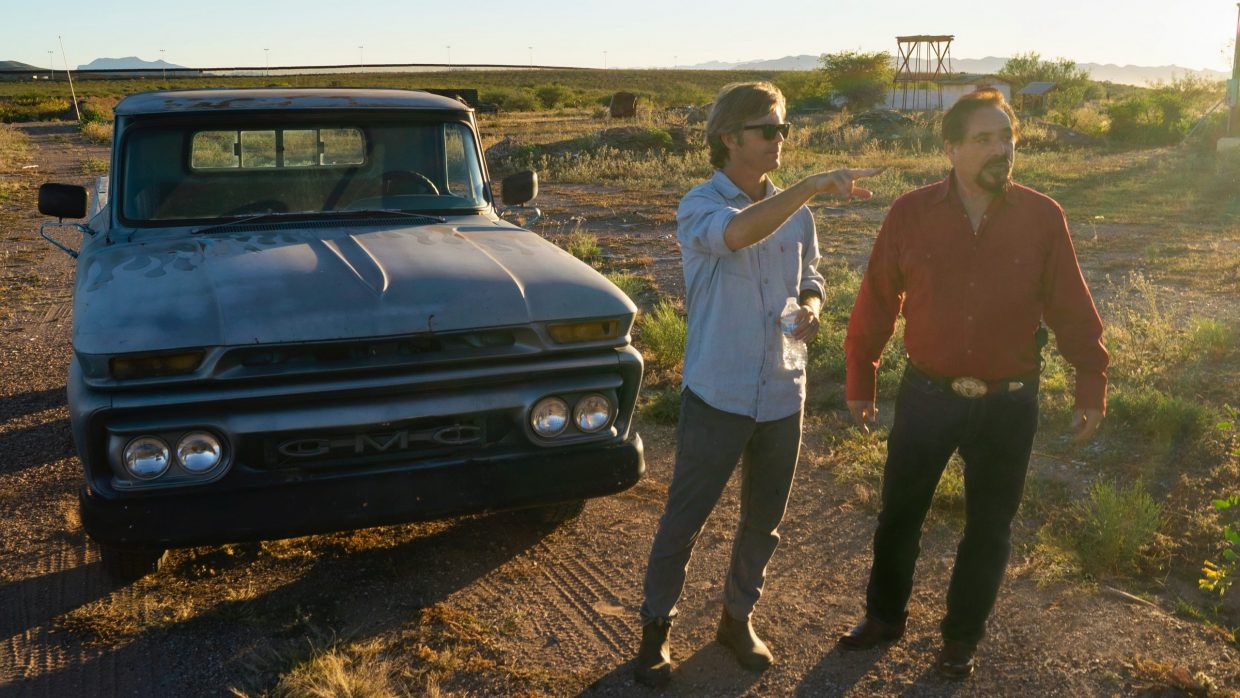 by Lauren Wissot
in Directors, Interviews
on Jul 31, 2020

To say that documentarian Tiller Russell has a knack for discovering unconventional characters is an understatement. From NYPD cops running a cocaine ring (2015’s The Seven Five), to a Russian mobster, a Cuban spy and a Miami playboy conspiring to sell a Soviet sub to the Cali cartel (2018’s Operation Odessa), the filmmaker has more than earned his gonzo doc bona fides. And the weird winning streak continues with the director’s four-part docuseries The Last Narc, premiering on Amazon Prime Video today.

The story catalyzing Russell’s latest is one familiar to any viewer of the first season of Netflix’s Narcos: Mexico — the 1985 kidnapping and murder of DEA Agent Enrique “Kiki” Camarena. It was a case that ultimately fell to special agent Hector Berrellez, the heroic protagonist of The Last Narc, to investigate. What Berrellez uncovered, and relays with startling frankness to the camera, is a strange saga involving intricate layers of government coverup on both sides of the border, suggesting that the crime was never really meant to be solved (and leaving Camarena’s grieving widow, also prominently featured in the series, without closure to this very day). In fact, the special agent’s whole premise is so farfetched as to be easily dismissed as a crackpot conspiracy theory — if it weren’t for several other corroborating interviews Russell conducts, including with the informants who eventually came clean to Berrellez. Specifically, these are the three former, and still intimidating, Jalisco State policemen who served as bodyguards for the Guadalajara Cartel drug lords Rafael Caro Quintero and Ernesto Fonseca Carrillo (El Chapo’s onetime bosses).

So to learn more about bringing Narcos fiction back to fact while simultaneously crafting a narrative out of the real-life hunt for Silk Road founder Ross Ulbricht (Russell’s thriller Silk Road, which was set to debut at Tribeca, will be released later this year), Filmmaker reached out to the intrepid director a few days before The Last Narc episode one hit the small screen.

Filmmaker: So how did this project come together? I read that you’ve been wanting to tackle this story for the past 14 years now.

Russell: I’ve been fascinated by this story for more than a decade. I had a hunch that if done correctly, it could be both the intimate story of a murder, as well as a sprawling epic about the drug war.

So I carefully nursed the sources, built the relationships and bided my time until I had the right canvas on which to tell it. Then I dug in my with my filmmaking team and together we blasted out of the cannon. It’s been a long, surreal voyage into some dark and dangerous places — and this is what we came back with. I hope that we have done the story justice. It means a tremendous amount to all of us.

Filmmaker: How did you meet all these incredible insiders in the first place and get them to trust you enough to go on camera with their stories? It seems these are not the types of folks who would generally trust anyone.

Russell: A mentor and friend of mine, the journalist Charles Bowden, introduced me to Hector 14 years ago. He told me, “This man is at the center of the biggest story in the history of the War on Drugs – and nobody knows the truth about it.” Chuck died before he could finish reporting the story. Basically, I picked up the baton he left behind and ran with it. The series is a tribute to him.

Filmmaker: Interviewing drug lord bodyguards about a notorious murder of a DEA agent — one that may have involved a coverup by several governments — strikes me as a tricky undertaking, to say the least. That said, you’ve delved into dangerous subjects before with your prior docs. So what lessons in safety did you take away from having directed Operation Odessa and The Seven Five? Were precautions any different this time?

Russell: Documentaries need stars just like feature films do. And the act of telling the story is a performance by the subjects. So a long gestation period was critical to building the bonds of trust necessary to explore the deepest and darkest corners of these people’s souls.

I knew that in Hector we had our central character. But when we started rolling the cameras on Jorge Godoy, he pushed away the table, clambered to his feet, and drew his pistol. And I thought, “Holy shit. This is going to be a wild one.” That turned out to be a profound understatement.

I’m magnetized by crime stories because they are as close as we get to war in civilian society. The stakes are literally life and death. And this one was both a crime story and a war story. So I approached it very carefully and very reverently.

My policy with both cops and criminals is that I’m a storyteller. I say to each of them, “Your tool is a gun, mine is a camera. I’m not in your world, I’m a chronicler of it. I will treat your stories with reverence and follow them wherever they lead. And I will never bullshit you.” Then I just hope and trust that that respect will see me through to the other side.

Filmmaker: You don’t really feature anyone who might dispute the accounts of any of your main characters. So did you reach out to folks who may have disagreed with Berrellez’s conclusions? Did you speak with insiders who declined to go on camera?

Russell: Our sources lived this. They witnessed and participated in every event they recount. So these are firsthand, first-person stories. And these people have been vetted by the DEA, the US Attorney’s Office, and the American judicial system.

The people who our witnesses implicate were contacted directly and told in detail about the allegations. They chose not to participate in the film, which is acknowledged in the ending. Everyone has a right to tell their story – or take it to the grave with them. And I respect that.

ilmmaker: Your narrative feature Silk Road is also coming out this year. How did you balance the two projects? Were you working on both simultaneously?

Russell: Juggling The Last Narc and Silk Road simultaneously (as well as a Netflix series you’ll hear more about later) was the most intense experience of my professional life. There were days when it felt like too much to carry. But I knew that it was perhaps a once in a lifetime opportunity to tell two iconic stories about the drug war — bookends in a sense. And there are clear harmonic resonances between the two projects. In fact, I put Jason Clarke (the star of Silk Road) and Hector together because I had a hunch they would learn something from each other. Imagine that lunch!

And thanks to a superhuman wife, great producers, and a brilliant band of talented collaborators, I survived the undertaking and am on the other side of it. Most of all, I’m just excited to share these stories with the world.