Evolving with Movements: Action Director Lawrence Ribeiro on the Subtleties of On-Screen Action 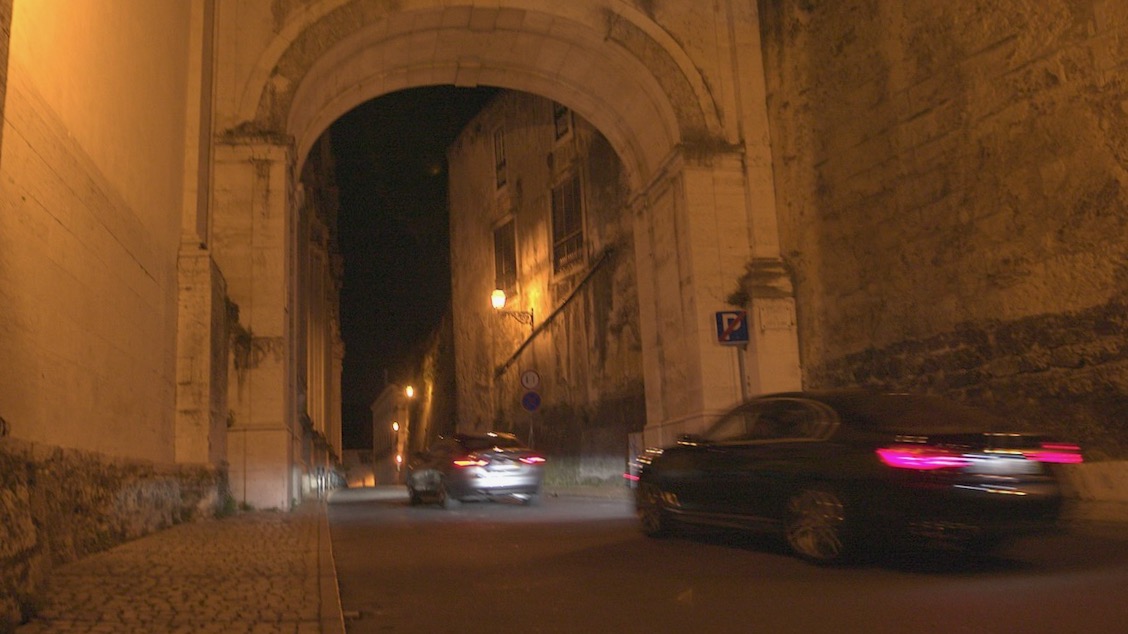 by Lawrence Ribeiro
in Filmmaking, Production
on Aug 18, 2020

In 2011, I was trying to evolve. To be something no one else was. Define myself, so to speak.

First, I trained for something that wasn’t really needed. Something where I would go into conflict zones or hard to reach areas — mountains, jungles, etc. Something that I could do quite easily and trained accordingly, but again “things” evolved. A friend of mine had created VFX plates and had learned something that was already dying out.

As a result, I took my game higher, evolving into some risky endeavors. This opened a door that I didn’t know existed. The next few years I trained with stunt/action guys but there was one catalyst in all of this: movement.

I’m not sure how this film came into my life, but it changed everything — and I do mean everything. It was I Am Cuba, a black and white film set just before the Cuban Revolution. I saw the opening and ending of this film and thought, “Man… how did they do this?”
One day the film screened alongside a talk with the camera operator. You have to understand — this was a long time ago, circa 1964, and this dude was still around! At the very end of his talk, he had a few words. Under his breath, in broken English, he said, “We used kitchen utensils.” That was it. That piece of information, for me, was a gamechanger. The way I approached the process of capturing the moving image changed forever.

You see, drones (or UAVs) were about a year or so in, and camera stabilizers (not the Steadicam) were just getting started. I was fortunate that I was in an environment where people brought their best contraptions and you could see how the pilots dealt with certain elements. All crucial in the process of creativity and production. 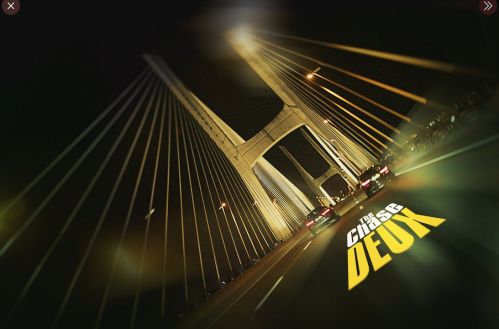 The next phases of movement were under the umbrella of stunt work because things moved differently or fast or were dangerous or had multiple marks that I had to hit. It was a different animal than shooting a talking head on docs or reality shows. I saw how these guys moved, and I just had to get in their groove. Safety was always a factor, but I had freedom to learn. They were stunt guys, I had protection from killing myself and they got footage of themselves. The result of this work was that I got experience trying new things and experimenting.

Over time, I saw how the pros did it… then I did it my own way — faster, cheaper and more efficient. Honestly, I couldn’t say it was truly movie-quality at that time but the idea of how to do it in different ways was born. As most stunt shots are less than two seconds and action shots less than a second, it was something to work off of.

I must admit those were some of the best times. We were doing it because we were just having fun. Everyone had different skill sets and backgrounds and it was friggin’ awesome.

However, I personally don’t think I could have gotten where I am today if it wasn’t for the time I put in shooting all kinds of things… and practicing and practicing, of course. I had some great mentors too.

I wanted more. I wanted to understand all kinds of movement. I would frequent a parkour facility and watch them play and move. I even tried my part in it, hopelessly, but it started to evolve my process. Way before David Belle and his father established it in France, the history of parkour began with Georges Hébert and his rescue efforts during the eruption of a volcano. People lose technique when the shit hits the fan! He came up with a new physical fitness approach, written in the early 1900s in French and translated. A fascinating read of another time. To this day, his techniques are used by modern boot camps in military training. Ever see a drill sergeant working on your technique? He just wants to will you over any obstacles.

Talented stunt people have incredible skill sets with varied backgrounds. World Champions, Olympic medalists, Cirque du Soleil, gymnasts… they are all incredible experts on movement. It’s a lifetime dedication of being the best you can be and using your body as an instrument.

I can recall a friend of mine who was one of the motorbike stunt riders on Gemini Man telling me a couple of years ago about a film he liked because the stunts didn’t look easy. For him, not for you and me. They were developed on screen from the character’s ability and the stunt rider adjusted accordingly.

When you start seeing the movements, you start seeing the culture of skill. When I started, I couldn’t see what they saw. One friend pointed out to me that on Knight and Day with Tom Cruise, he could tell when it was him and when it was his stunt double by where his arms were placed. An A-list stunt coordinator was showing me this knife fight from a Korean film. He’d get animated and say, “Look at that…look at this!” Ex-fighters who come into the business and are fight/stunt coordinators see minute details that the audience doesn’t as they have that real-world experience. Some of these guys have 4th, 5th, 6th, 7th Dan black belts… they don’t hand those things out like participation ribbons, folks. It’s a commitment of 20, 30 or 40 years…

A few months back I reached out to a friend for some consulting. There’s a film that we have been in development on with a character of a certain age and we discussed Action Design possibilities. His background of being a professional soldier for almost 40 years is considerably valuable. Ex-SAS. That real-world experience is of vital experience that can’t be picked up from reading books and watching YouTube videos. We discussed the differences between John Wick 2 and 3, particularly the gun work. You can’t have a 60-year-old man doing things that a 25-year-old does. Or using modern fight/action techniques in an ancient setting. It takes the audience out of the story. It’s not “real”.

I recently edited a car chase. I had a few world-class editors give me notes. The first was a friend of mine that gave me the basics, particularly in emphasizing story. The primary gentleman was a fellow who did a lot of the James Cameron and Tony Scott films. A master editor. By the time I got it to him, I thought the piece had taken some shape. I got schooled pretty damn quick. He would say, “Take a little off of the head or tail.” (Head being the first part of the image — 24 frames in each second. Tail being the end of that same image.) In the second set of notes he would say “try,” which I always appreciated as opposed to dictating. A sign of a true professional. What ended up happening is that if you changed a shot, it could affect the shot three frames earlier or possibly a few shots later. It’s truly something that is unique to cinema.

This kind of movement detail is the same as an engineer coming up with a mathematical equation that helps with rocket boost or a professional fighter that has a fraction of a second to get a punch in. This was all received from a couple of hours talking with him. As a result, I could see how the edits on The Bourne Supremacy‘s car chase work, clear as day. It was like reading The Cat in the Hat. Unexpected but revealing. I would say at that point I was starting to understand the basics of editing.

Movements are around you all the time. Take the time to study them. Ever seen a surfer watch the waves? How about a child trying to cross the road for the first few times? How about a dog that has been abused? A confident woman walking with stilettos? A gang banger strut? They all tell a story. Movements are instrumental in this process.

Watch Michelle Yeoh’s early work. You can see her ballet influences as her kicks are completely straight. With Bruce Lee it would be one kick or punch and you’re out! Kind of like a gunslinger but with his legs and arms. When Jackie Chan would kick, it’s from the viewpoint of getting away as baddies keep coming back. Tony Leung can’t fight so it’s all camera and edit work — a punch and a kick and cut. Get the differences?

Cars and motorcycles are going through an evolution right now in Hollywood. Their movements are being modified with rigging to enhance the organic movements. Last week I revisited an old Frankenheimer film and thought, this guy is the real deal. A true filmmaker. If you ever get a chance to see Grand Prix, you are watching a master at work, and something you don’t see is that each race has a different theme. Conversely, there’s Le Mans, starring Steve McQueen. Steve was the man and could drive or ride anything, but his understanding of the movement behind the camera or in the editing bay is another thing. Then you have Jim Mangold’s Ford V. Ferrari and Ron Howard’s Rush – both great stories about men, as opposed to car nuts, and the human spirit. They are consummate filmmakers and they may only have this culture from reading…not experiencing. You get the idea?

When you start putting in the time to see the movements, you’ll be able to plan for the images in pre-production for your project. It’ll pay off. YouTube is one thing… putting the time in is another. Know the difference.

Lastly, it’s a downward spiral to assign your success to equipment. In other words, it’s not the camera but it’s the person holding the camera. I recall watching this film from this dude in Asia that created all of his filming apparatus out of bamboo. Another group of young men in Sweden shot an entire action film using techniques they created… from scratch. They knew nothing of stunts. Nothing.

Don’t worry about what people think. The game is in the getting, not in the having. There is no right way… just your way.

Lawrence Ribeiro is an Action Director. He has done over 100 action sequences from fist fights to car chases from around the world. He is about to release his sequel to The Chase (PART DEUX), and he is currently in pre-production for a speed bike chase.