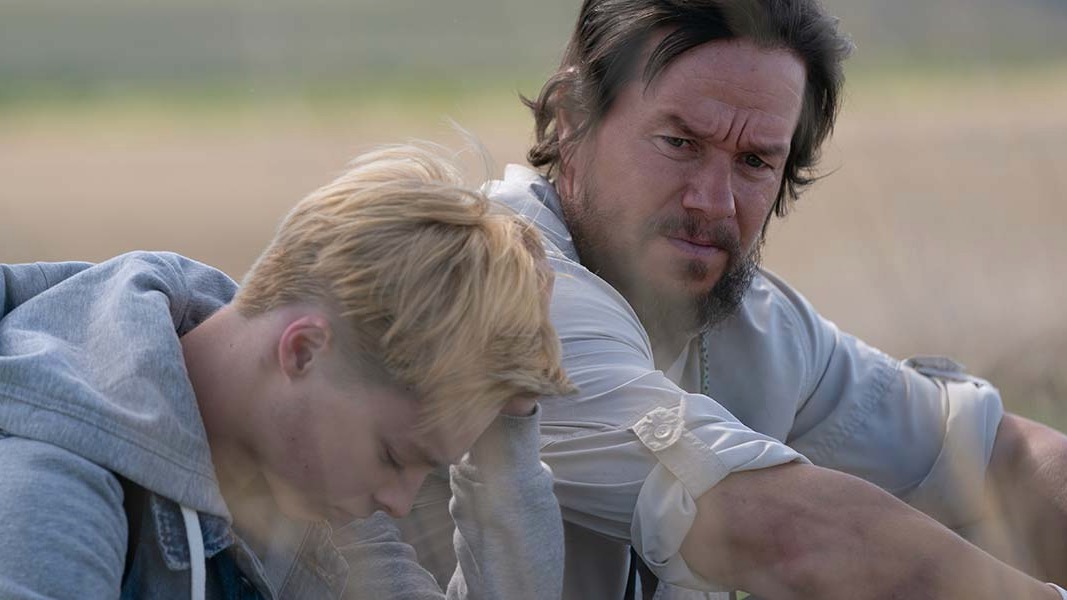 For me, TIFF 2020 began yesterday with a stroll from my bedroom to the computer, coffee in hand, to check whether the promised link and password to the festival’s new digital portal had arrived. It did, I logged in, noted that the streaming platform supports AirPlay, and started a calendar of screening times, as most titles are available only in 48-hour windows. (Plus, some are geoblocked here in the States.) A far cry from my usual short flight to Billy Bishop Airport, an afternoon typing P&I screening times into my phone and then looking for a party to go to.

But with the film world’s usual rhythms disrupted this year, for reasons of ecosystem survival I’m thankful that there is even a TIFF ’20 edition. Like most other film-world events at the moment, this year’s Toronto International Film Festival is aiming for elements of the same throughout its various sections while acknowledging the necessary, unavoidable differences. The live portion of Toronto is strenuously local (and not immune to mask controversy), with all press and industry attending virtually. In-person screenings are taking place at the Bell Lightbox but with drastically reduced audiences (the largest screen — 530 seats — will now admit 50). As is the case at other festivals, drive-ins provide a retro kick as well as sponsor-branding opportunities.

As for the films, the 300-plus one normally encounters at Toronto are winnowed down to around 50, with an additional slate of 30 sales titles added to an industry-only online marketplace just a week ago. Still, as the list below attests, there’s enough to look forward to. The below are just some of the titles that caught my or Vadim Rizov’s eye, with our usual emphasis on American independents in the mix.

Good Joe Bell. Following his assured, empathetic multi-strand drama tackling the subject of police shootings of Black men, Reinaldo Marcus Green — a Filmmaker 25 New Face in 2015 — returns with another topical drama, this one dealing with homophobia, bullying and suicide. From a script by Diana Ossana and Larry McMurtry (Brokeback Mountain), Green directs Mark Wahlberg as the father who becomes a roadside anti-bullying activist in the aftermath of his son’s death. The film is an acquisition title, with Green expressing hopes for a speedy hybrid release to The Hollywood Reporter: “I’m open to however the film needs to be release. I do hope they will get it out this year, given everything and the election. I think it could strike a nerve.” — SM

The Inheritance. After a decade-plus of experimental short work, Ephraim Asili expands upon the themes of his “Diaspora Cycle” shorts for his first narrative film, The Inheritance. Drawing upon his formative experiences in both a Black Marxist collective and experiences Philadelphia’s MOVE organization (whose history is further explored in fellow TIFF world premiere 40 Years a Prisoner), Asili takes a sincerely invested, sometimes scabrously funny look at a group of young would-be revolutionaries trying to navigate politically motivated group living. — Vadim Rizov

Beginning. Georgian director Dea Kulumbegashvili has made what TIFF programmer Dorota Lech describes as a “harrowing and sensorial debut feature,” the story of the aftermath of an attack on a Christian Orthodox community in a mountainside village. Kulumbegashvili, who studied at both the New School and Columbia and has been on our radar following her excellent ’14 debut Invisible Spaces, has assembled an incredible team (including Son of Saul editor Matthieu Taponier and genius electronic composer Nicolas Jaar) for that rare first feature accepted into the Official Selection of the Cannes Film Festival. (In 2020, Cannes titles arrive at other festivals with their acceptance into the cancelled Official Selection noted in something of a branding exercise.) — SM

Concrete Cowboy. The feature debut of Philadelphia filmmaker Ricky Staub is also the first feature out of the gate for Idris Elba’s production company, Green Door Pictures. (In addition to starring, Elba’s a producer here along with Lee Daniels, Jennifer Madeloff, Tucker Tooley, Dan Walser, and Jeff Waxman). Following Staub’s ’17 short film, The Cage, the film is a drama inspired by Fletcher Street Stables, a real-life Philly Black horsemanship community. Staub, who worked as an assistant on the set of M. Night Shamalayan pictures, founded in Philadelphia’s Brewerytown the Neighborhood Film Company, which trains individuals coming out of homelessness or incarceration in filmmaking and the film business. — SM

One Night in Miami. Arriving off of very strong notices in Venice is Regina King’s directorial debut, One Night in Miami. Slated for release by Amazon Studios, the film, scripted by Kemp Ross based on his own play, imagines a post-fight hang between Cassius Clay (who later became Muhammad Ali), Jim Brown, Sam Cooke and Malcolm X, who discuss America, race and the responsibility of Black celebrities in the wake of Clay’s win over Sonny Liston for the heavyweight champion of the world title. — SM

Enemies of the State. Filmmaker 2016 25 New Face Sonia Kennebeck (National Bird) returns with another documentary on the American security state and intelligence services in the wake of 9/11. Here she follows the case of Matt DeHart, a member of the Air National Guard, who is investigated by the FBI for child pornography — a persecution he and his parents believe is truly about DeHart’s hacktivist work with Anonymous. Errol Morris executive produces. — SM

Notturno. In 2013, Gianfranco Rosi’s Sacro GRA became the first nonfiction film to ever win the Golden Lion at Venice. His follow-up to 2016’s portrait of the migration crisis in Lampedusa, Fire at Sea, was shot over three years in Libya, Iraq, Kurdistan and Syria, with Rosi once again acting as his own shooter to capture the lives of civilians during wartime. — VR

Claire Denis and Barry Jenkins. Barry Jenkins has spoken many times about the impact Claire Denis’s films have had on him and his work. In 2008, in my cover story interview with Jenkins about Medicine for Melancholy, he called her “my favorite director,” and said that debut feature was directly inspired by Denis’s Vendredi Soir. As for Denis, in countless interviews and on-stage appearances her spirited sang froid is a kind of film-world palliative. In short, these two are great, inspirational talkers. Not to be missed.

40 Years a Prisoner. The second of two TIFF films dealing with the 1985 MOVE bombing in Philadelphia, the world-premiering 40 Years a Prisoner, slated for HBO release on December 3, sees director, producer and cinematographer Tommy Oliver (1982) find a new lens on the story by following the efforts of Mike Africa, Jr. — born in prison, the son of convicted activists Mike and Debbi Africa — to investigate MOVE’s story and the legacy of the raid. — SM

MLK/FBI. Sam Pollard, director (Mr. Soul!, Two Trains Runnin’) and editor (Spike Lee joints including Mo’ Better Blues, Jungle Fever and Clockers) uses recently declassified files to do a historical deep dive into the FBI’s surveillance and harassment of slain civil rights leader Martin Luther King. Supported by Field of Vision and Play/Action, the film, Pollard told the Hollywood Reporter, draws lines between J. Edgar Hoover’s campaign against King to law enforcement actions in the present day, all the while grappling with the complexities of what the FBI alleged their recordings of King revealed about his private life. Said Pollard, “There’s probably somebody who is an informant in the Black Lives Matter movement in one of these cities that’s reporting back to the FBI. We have a federal government that is saying right now that these protests in the streets, even the ones that are quiet protests, it’s all about Antifa. When you watch this film, some of that same language you’re hearing from people like George Wallace. The world hasn’t changed that much.” — SM

Shorts Programs. Throughout the shorts programs are a number of works by filmmakers of interest that should be on your list. In In Sudden Darkness, critic, programmer and filmmaker Tayler Montague essays the relationships within a Bronx family that are cast in relief by New York’s 2003 power blackout. Sophy Ramvari, who wrote about the connection between cities, mental health and creativity for Filmmaker, screens her thesis film about a family unearthing archived photos, Still Processing. And Point and Line to Plane finds Sofia Bohdanowicz reuniting with her Slavic 7 star Deragh Campbell for a film about “loss, remembrance and perception.” — SM