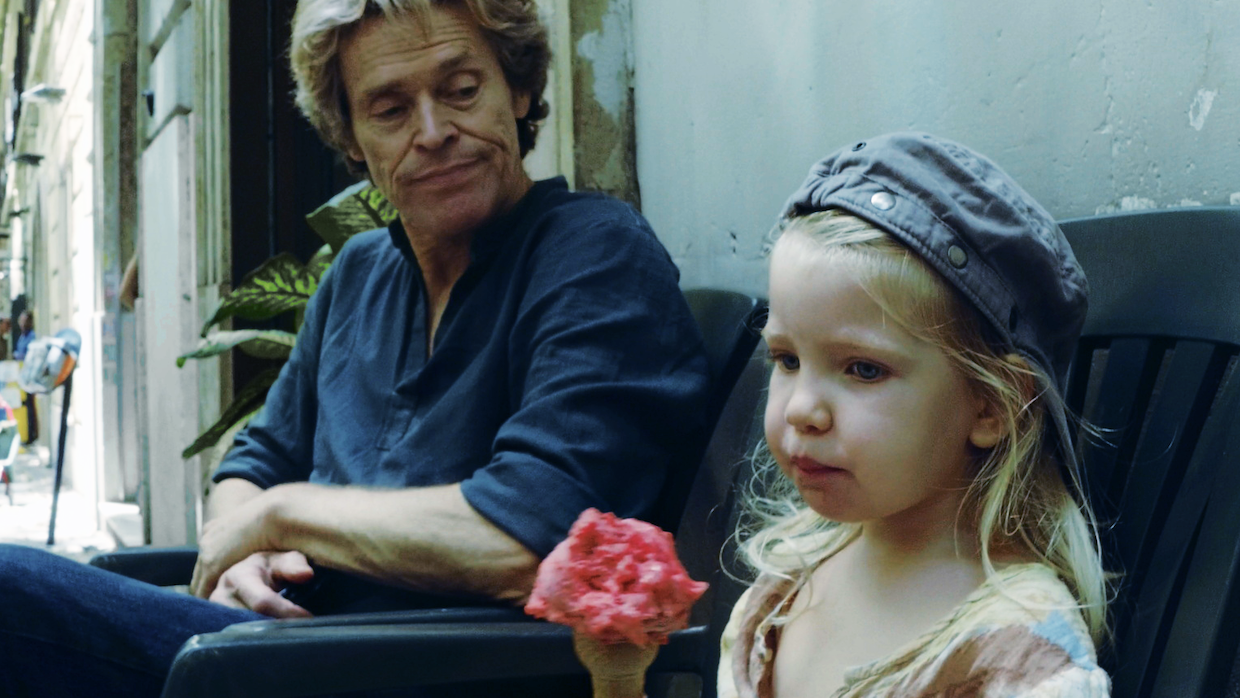 When Francesco Rosi adapted artist and activist Carlo Levi’s 1945 memoir Christ Stopped at Eboli for Italian television in 1979, contemporary observers of the director probably saw it as a strange choice. Rosi had made his name with searing, forcefully immediate studies of Italian society and politics like Salvatore Giuliano and Hands Over the City; Levi’s book about his banishment to an isolated rural town during the reign of Mussolini was as modest and personal as Rosi’s earlier films were sweeping and elaborate. Yet the memoir had in fact been a dream project of Rosi’s for decades, and the four-part, 220-minute miniseries he directed using it as source material is clearly the distillation of years of thought and work, a precise and powerful character study that ends up exploring 20th-century Italian culture with every bit as much complexity and ambition as Rosi’s more overtly audacious earlier work. Although Christ Stopped at Eboli runs nearly four hours and replicates the tedious rhythms of peasant life in its pacing, every minute is riveting thanks to Rosi’s ability to tie the audience’s visceral experience to that of Levi himself, played here by the legendary Gian Maria Volonte. Rosi and Volonte draw the viewer in with rich physical and emotional details that vividly delineate Levi’s growing awareness of his surroundings and how that awareness makes him more aware of his entire country and the times in which he’s living; the result is a portrait of a man, a town, a country and an era that is as specific as it is universal. The issues with which Levi wrestles involving class and gender and power are as relevant to 2020 America as they are to the 1930s Italy in which the film takes place, and presumably equally germane to any number of other nations and epochs, and Rosi’s mastery of his craft is so complete that the movie is as simple and accessible as it is infinitely rewarding. The rewards are even more plentiful on Criterion’s superb new Blu-ray edition of the picture, which includes not only the full-length television version (never before available on home video) but an outstanding array of special features. The best of these is a half-hour interview with translator and interpreter Michael F. Moore, who provides illuminating historical context for both Rosi’s career as a whole and Christ Stopped at Eboli in particular. Rosi, Levi, and Volonte themselves are all featured in terrific archival interviews and documentaries that make the disc a must-own for any serious enthusiast of Italian cinema.

A very different but equally important Italian filmmaker, Lucio Fulci, gets the immaculate home video treatment he deserves on two new 4K releases from the Blue Underground label. In the 1981 The House by the Cemetery, Fulci merges a number of disparate influences ranging from H.P. Lovecraft to Henry James, and in the process comes up with a spectacularly effective horror free for all; the film, which follows an ill-fated family as they move into a house with an unfortunate past, is jammed with scares of every type, all stylishly framed by Fulci in expressive widescreen with vivid, vibrant colors that look sumptuous in this new transfer. As is usually the case with Blue Underground pressings, the extra features are plentiful; my favorite is a historical audio commentary by film scholar Troy Howarth, whose book Splintered Visions is the definitive text on Fulci. Howarth also supplies a great commentary on Blue Underground’s 4K edition of Fulci’s follow-up to The House by the Cemetery, the notorious slasher flick The New York Ripper (1982). Relentlessly sleazy, impeccably directed and undeniably effective, Ripper is an almost unbearably gruesome and confrontational horror film; yet it’s also wryly satirical, oddly poignant, and a great nostalgia trip thanks to Fulci’s exuberant use of New York locations in all their glorious ’80s grime. Even by grindhouse cinema standards some of the film’s violence is awfully tough to stomach, but the sadism is redeemed by the singularity of Fulci’s philosophical vision; he comes by his misanthropy honestly and infuses it with a genuine sense of tragedy by the time the film comes to its chilling, heartbreaking finale.

While The New York Ripper finds an Italian director working on the streets of New York, last year’s extraordinary character study Tommaso finds transplanted New York auteur Abel Ferrara shooting in Italy (his base of operations for the last several years). Ferrara regular Willem Dafoe stars as the title character, an American director who, like Ferrara himself, is an American filmmaker and recovering addict who lives and works in Rome. Ferrara’s floating digital camera observes Tommaso as he struggles to stay sane and sober while repeatedly giving in to his weakness for infidelity at the same time that he fears his own wife’s unfaithfulness; like Ferrara protagonists going back to The Driller Killer, Tommaso’s grip on both his own neuroses and reality in general is tenuous, but Ferrara’s view of his protagonist’s inner struggles is softer here than in the past. Ferrara has always been at heart a humanist, but his deep empathy is often obscured by the extreme self-destructiveness and self-absorption of his protagonists; here, the connection between the audience and the characters – not just Tommaso but his wife (Cristina Chiriac) and daughter (Anna Ferrara), through whose eyes Tommaso’s charm and flaws become clearer and more frightening – is more direct than it has ever been in Ferrara’s work. This is partly due to the intentional blurring of lines between fiction and non-fiction, with scenes set in Ferrara’s own Rome apartment and his own wife and daughter playing Tommaso’s partner and child, and the boundaries between drama and documentary are further tested by the use of many non-professional actors, most powerfully in scenes set in Alcoholics Anonymous meetings in which real addicts mix among performers. Contrary to how it may sound, Ferrara isn’t playing a pretentious film student’s self-reflexive game here; his obliteration of the usual narrative and filmmaking categories creates an uncomfortable but rewarding intimacy between the actors and the viewer, an intimacy made even more intense by Dafoe’s towering performance – one of the best he’s ever given. The new Kino Lorber Blu-ray of Tommaso contains insightful liner notes by Ferrara scholar Brad Stevens and a pair of terrific Q&As (Ferrara interviewed by Sean Baker and Willem Dafoe in conversation with Mark Anastasio), and is a great way to discover one of the most original and beautiful films of the last several years.