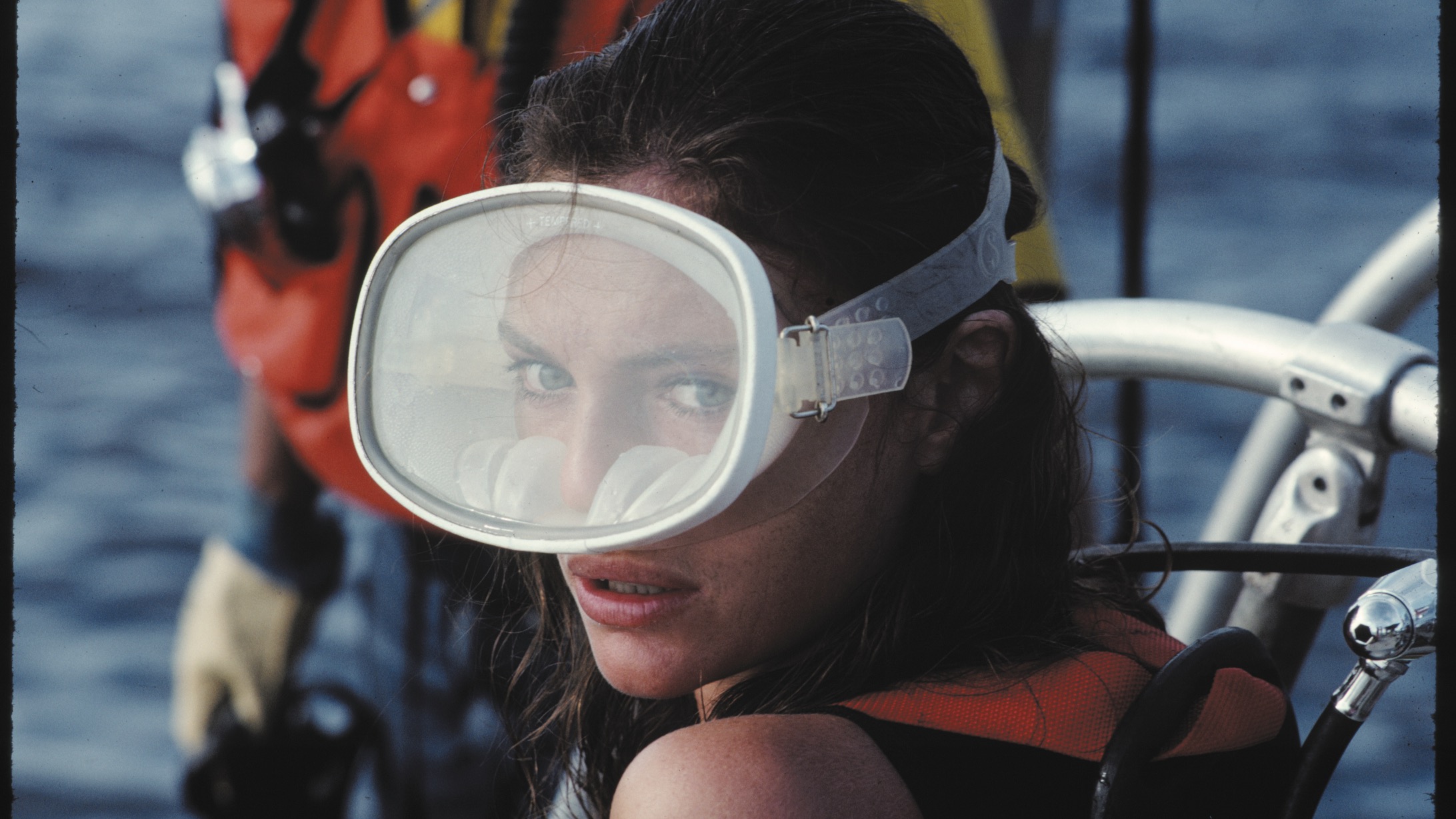 Martin Scorsese’s World Cinema Project has been discovering and restoring vital international films since 2007, and in its 13 years of existence has preserved 42 movies from 25 countries. Scorsese’s mission is not simply rescuing and protecting these movies, many of which would likely vanish into obscurity and physical deterioration without his Film Foundation’s assistance, but making sure they are widely available to be enjoyed by world audiences. Scorsese’s latest effort in this regard is the indispensable new Criterion boxed set Martin Scorsese’s World Cinema Project 3, which, like the two collections that preceded it, gathers six seminal works from the World Cinema Project library and presents them in exemplary transfers with invaluable contextualizing supplements. The selections here include Dos Monjes, a gothic melodrama from Mexico that employs multiple points of view and an unusual flashback structure; Lucia, an even more structurally ambitious Cuban spellbinder; After the Curfew, Usmar Ismail’s look at a pivotal moment in Indonesian history following the end of Dutch rule; Iranian New Wave touchstone Downpour; and Mauritanian director Med Hondo’s angry, darkly funny Soleil O. For me, the highlight of the set is a pristine new transfer of Hector Babenco’s 1980 masterpiece Pixote, presented here in all its searing beauty and brutality. A neorealist drama following children and teenagers who move in and out of a brutal Brazilian reform school system, Pixote has lost none of its emotional power in the 40 years since its release, and Babenco’s razor-sharp technique is as impressive as ever (it’s no surprise that he got scooped up for star-driven English-language films like Kiss of the Spider Woman and Ironweed after Pixote’s release). An interview with Babenco for the Academy of Motion Picture Arts and Sciences Visual History Project is one of my favorite supplements in the Criterion box; it’s a delight hearing about his early career, from working as an extra in European genre films (including the original Django!) to directing the non-professional actors in Pixote and realizing his childhood dream of becoming a filmmaker.

Moving on to a few other recent Blu-ray discoveries, the British label 101 Films has just released a superb new Region B edition of the 1977 thriller The Deep. Based on novelist Peter Benchley’s follow-up to Jaws, The Deep follows a vacationing couple (Nick Nolte and Jacqueline Bisset) who discover both valuable Spanish artifacts and a stash of illicit morphine while scuba diving in Bermuda; they team up with a local treasure hunter (Robert Shaw, essentially giving a more subdued version of his Jaws performance) to retrieve the find, leading them on an adventure where danger comes at them in the form of everything from an area kingpin (Louis Gossett Jr.) to an aggressive Moray eel. Under the direction of action specialist Peter Yates (Bullitt, The Friends of Eddie Coyle), the cast of The Deep provides a lot of rousing old-fashioned thrills and romance, and more than a typical level of commitment – the actors and crew did their own scuba diving on the film, and the result is some of the most stunning underwater footage ever contained in a Hollywood studio release. The action sequences are positively awe-inspiring due to the simple fact that it’s clearly Nolte and Shaw and everyone else in what appear to be dangerous and difficult conditions – the pre-CGI set pieces are ingenuous in their conception and flawless in their execution. The 101 Blu-ray provides some great insights into Yates’ methods, from an outstanding commentary track by film critic Kevin Lyons that details the production history of the picture to a vintage television special on its making. There’s also additional footage from the three-hour TV version of The Deep and an interview with underwater art director Terry Ackland-Snow. I’ve long been a fan of 101 Films’ special editions, and this is one of their best.

Another boutique distributor that’s been putting out exquisite special edition Blu-rays, Australia’s Imprint label, has released a gorgeous new pressing of Sidney Lumet’s 1996 drama Night Falls on Manhattan. One of Lumet’s engrossing New York morality plays in the tradition of his earlier Serpico and Prince of the City, Night Falls on Manhattan is a richly detailed portrait of cops, attorneys, criminals and the legal system they all try to manipulate to their own ends; it’s both an extraordinary piece of cinema (Lumet’s subtle and rigorous visual design is as meticulous and effective as ever) and a classic piece of American drama in which every psychological and social implication of the material is explored to its fullest potential. Night Falls on Manhattan also contains one of Lumet’s typically dynamic ensembles – it’s worth watching just for the joy of seeing Andy Garcia, Lena Olin, Ian Holm, Richard Dreyfuss, James Gandolfini, Ron Liebman and a parade of other great performers sink their teeth into the juicy parts provided by Lumet’s textured screenplay. Imprint’s limited edition Blu-ray includes two excellent commentary tracks, one by Lumet and another by Garcia, Liebman, and producers Josh Kramer & Thom Mount.

Lena Olin also plays a major role in my final recommendation of the week, Kino Lorber’s new Blu-ray of Sydney Pollack’s 1990 political romance Havana. Like Lumet, Pollack’s training ground was live television, and like Lumet his best work combines the crackling energy of that medium with a classical attention to composition and camera movement that favors long takes and intricate blocking over quick cuts and close-ups. Contrary to its critical reputation, Havana is extraordinary in this regard, a beautifully constructed movie that serves as a master class in how to convey character and theme through the camera. When it was released, critics compared it unfavorably to Casablanca, and while the Robert Redford/Lena Olin/Raul Julia love triangle set against a backdrop of political turmoil undoubtedly contains echoes of that classic, I think the comparison is unfair; Havana is very much its own movie, and it has a historical sophistication and moral complexity – particularly in terms of the Redford character, one of the most idiosyncratic the actor ever played – that allow it to stand on its own. It’s due for reevaluation, and Kino’s new Blu-ray provides the perfect opportunity.