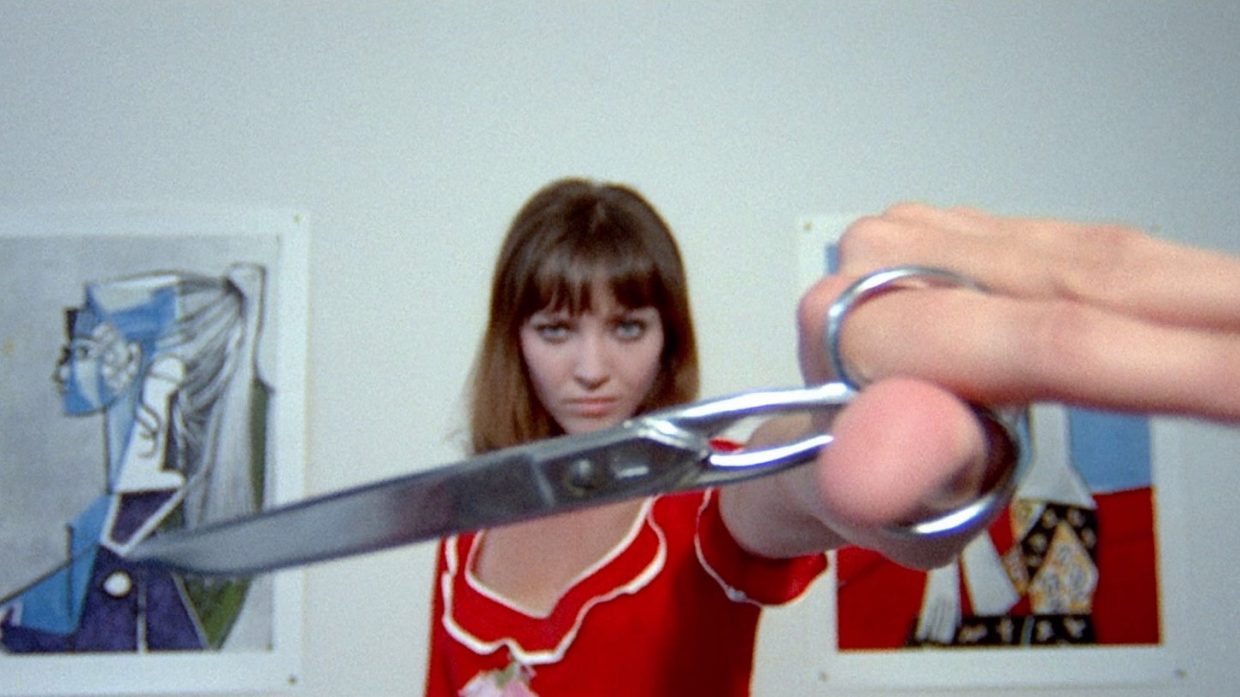 Brian Trenchard-Smith, who began making movies in the 1970s as part of the Australian New Wave that also included Peter Weir and George Miller, is not only one of the most talented and entertaining directors of his generation but one of the most versatile; his output includes lyrical children’s films and lowbrow sex comedies, disreputable exploitation flicks and tender romances, documentaries and low-budget disaster movies, and episodic TV episodes ranging from Flipper and Mission: Impossible reboots to the ’90s guilty pleasure Silk Stalkings. A filmmaker who freely admits that he never met a green light he didn’t like, Trenchard-Smith is a craftsman whose best work is often done for hire under less than promising circumstances – three of his best movies (Night of the Demons 2, Leprechaun 3, and Leprechaun 4: In Space) are franchise assignments he managed to turn into witty vehicles of personal expression. The 1986 fantasy film The Quest (released in Australia as Frog Dreaming), which stands alongside The Siege of Firebase Gloria and Stunt Rock as one of my favorite Trenchard-Smith pictures, is one of many cases in which he transcended inauspicious origins to craft a film of infectious energy and inventiveness. Brought on two weeks into shooting after another director was fired, Trenchard-Smith hit the ground running and created a fable of enchanting mystery and humor about a boy (Henry Thomas) whose obsession with a local myth incites a spirited adventure. Due to a series of distribution snafus, The Quest was difficult to come by for many years, but now there’s a new Kino Lorber Blu-ray that provides an invaluable opportunity to discover the film, and to gain insights into Trenchard-Smith’s methodology via numerous supplemental materials. As luck would have it, the release of the Blu-ray coincides with the publication of Trenchard-Smith’s extraordinary memoir Adventures in the B Movie Trade, one of the best books ever written by a motion picture director. At nearly 600 pages, Adventures in the B Movie Trade is a literary feast not only for fans of Trenchard-Smith, but for anyone fascinated by film as an art form and a job, and by how that job intersects with the shifting cultural and economic imperatives of the last fifty years. Trenchard-Smith goes into great detail about every facet of his life as a working director, from flights of creative inspiration to navigating the business components of the profession to working with actors and managing catastrophes of all types, and he illustrates each of his wildly amusing stories with a generous supply of production stills and advertising materials. I can’t recommend it, or The Quest, highly enough.

Two of Trenchard-Smith’s colleagues at the indispensable “Trailers From Hell” website, John Landis and Joe Dante, are among the directors on another highly recommended new Kino release, the special edition Blu-ray of Amazon Women on the Moon (1987). An unofficial follow-up to Landis’ 1977 sketch comedy film Kentucky Fried Movie, Amazon Women on the Moon is a hilarious anthology of tenuously connected shorts directed by Landis, Dante, Carl Gottlieb, Robert K. Weiss and Peter Horton. Although many of the sketches (populated by a terrific cast that includes Rosanna Arquette, Griffin Dunne, David Alan Grier, Michelle Pfeiffer, and many, many others) parody assorted pop culture artifacts ranging from old horror movies and sex education films to softcore porn and reality shows, others – like a very funny Landis-directed segment in which Arsenio Hall’s apartment kills him – are self-contained comic set pieces with no connection to any kind of unifying principle. Yet shockingly, the film doesn’t feel disjointed or patchy in the way that so many anthology pictures do, largely thanks to the strong comic voice of Michael Barrie and Jim Mulholland’s script. Their combination of cultural commentary and absurdism is daring and highly distinctive, often generating big laughs with somewhat unsettling ideas – a Dante story in which a pair of Siskel and Ebert-esque film critics review a man’s life with pitiless scorn is particularly unnerving in its comic effects, especially when Dante follows it up with a funeral for the man in the style of a Friars Club roast. Given their pedigrees as master satirists, it’s no surprise that Landis and Dante contribute many of the film’s funniest sections, but the other directors rise to the occasion as well – Gottlieb’s riff on The Invisible Man, in which Ed Begley Jr. plays a guy who thinks he’s invisible but isn’t, is brilliant, and Weiss’ “Video Pirates” plays even better today than it did 33 years ago thanks to its nostalgia value as a comedy about home video format wars. The same can largely be said for Amazon Women on the Moon as a whole; at the time of its release reviewers complained that it was hopelessly uneven, but what struck me while revisiting the film on Blu-ray was how consistent it was – viewed now it feels like a worthy companion piece to Kentucky Fried Movie and Dante’s found footage extravaganza The Movie Orgy that, like those films, is as fascinating a time capsule as it is uproarious a comedy. The Blu-ray is pure gold, with a lot of deleted scenes, outtakes and dailies (some newly discovered in Dante’s personal archives), and a fantastic making-of documentary in which Landis, Dante and others recount the conditions of the production.

Just as Amazon Women on the Moon echoes earlier work by its makers, Jean-Luc Godard’s Pierrot Le Fou plays like a kind of mirror image of the director’s 1960 feature debut Breathless; another movie following lovers on the run, it replaces the earlier film’s naturalistic, academy ratio black-and-white photography with bold primary colors and Cinemascope, and whereas Breathless served as Godard’s treatise on every crime movie he had ever known and loved, Pierrot plays like a commentary on Breathless itself, as well as the eight other movies Godard had made in the five years since Breathless put him on the world cinema map. There are many visual and aural callbacks to films like Le Petit Soldat and Contempt, most of which suggest a Godard who is both more playful and more cynical than the man who made the earlier work; he is at more of a detached remove here, ironically referencing his own images, but the irony seems to be the protective armor of a man in a state of crisis. This is particularly evident in the presentation of Godard’s real-life wife, Anna Karina, in one of her last starring roles for the director (Jean-Paul Belmondo of Breathless is the male lead). Karina and Godard’s marriage was more or less over by the time they shot Pierrot, and in the film Belmondo’s bourgeois husband flees from his marriage and, as the title suggests, goes mad. While in real life Godard might have been fleeing from Karina, in the film she plays not the suffocating wife but the babysitter with whom Belmondo runs off – and who ultimately acts as an agent of his destruction. The lovers’ relationship quickly deteriorates, moving from buoyancy to bitterness with shocking intensity; the tenderness and powerful sense of loss and regret in Contempt are gone here, and it seems as though Godard was heading toward some kind of breaking point. Indeed, just a few years later he would abandon narrative filmmaking for a decade – Pierrot Le Fou marks the beginning of the end of his early rush of remarkable movies that ended with Weekend in 1967. It remains one of Godard’s most entertaining, imaginative, and unruly films, and it looks better than ever on Criterion’s new Blu-ray, taken from a brand new 2K restoration. Although the extra features on the disc are mostly ported over from Criterion’s 2007 release, the new transfer makes it worth an upgrade – cinematographer Raoul Coutard’s vibrant palette demands the best possible presentation. Pierrot is one of two essential recent Criterion upgrades; the other is a new Blu-ray of Stephen Frears’ The Hit, a smart, stylish and darkly funny thriller in which underworld informant Terence Stamp goes up against the hit men (John Hurt and Tim Roth) sent to retrieve him. Although Frears’ sturdy classicism couldn’t be further from Pierrot’s willful anarchy, the two films make a great double feature as movies that repurpose old formulas and conventions toward striking new ends.