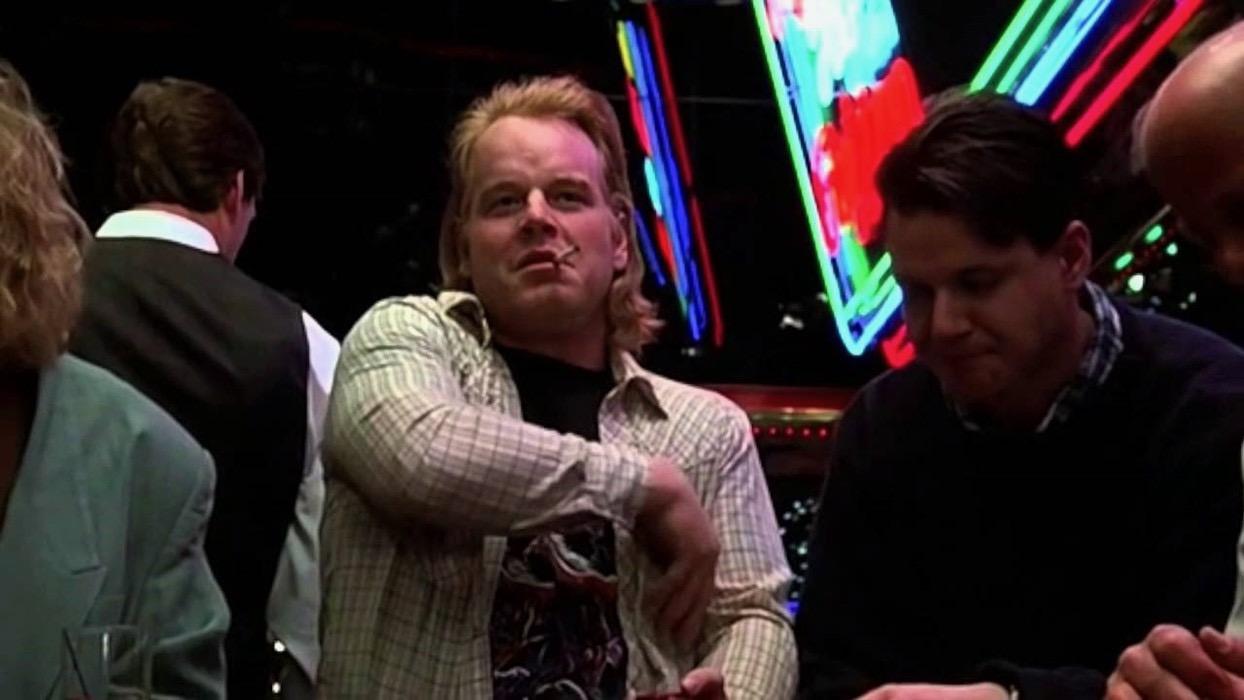 I’m a big fan of anything and everything written and directed by Allison Anders, but I’ve always been particularly fond of her 1996 musical Grace of My Heart. A magical blend of the kind of intimate behavior-driven filmmaking Anders is known for with the scale and resources of a big studio movie, it’s one of the most generous films I’ve ever seen in terms of how much it gives its characters (all of whom are presented with deep empathy and respect) and the audience. The heart of the picture is the richly detailed story of a singer-songwriter (a fantastic Illeana Douglas) who struggles with others’ lack of faith in her voice – and then with her own loss of faith – before infusing her art with the triumphs and regrets of her life in one of the most overwhelmingly affecting climaxes I’ve ever seen. As a character study and portrait of the difficulties creative people have reconciling work and love, Grace of My Heart contains all the emotional power and anthropological authenticity of other Anders masterpieces like Things Behind the Sun and Gas Food Lodging, but the film also operates on a whole other level as a sweeping portrait of an epoch in popular American music that starts in the Brill Building of the early 1960s and ends with the west coast singer-songwriters of the 1970s. In between Anders gets to cover a wide variety of styles and movements, all conveyed through original songs written for the movie. Pairing songwriters of the era with more contemporary figures – this soundtrack is where Burt Bacharach and Elvis Costello first got together – Anders and her collaborators (chiefly composer Larry Klein and music supervisor Karyn Rachtman) fill Grace of My Heart with new songs that sound classic yet fresh, like the music the film is paying tribute to would have sounded in its original time. The same could be said about the film as a whole, which feels both completely of the period in which it takes place and like something that could only have been made in the mid-1990s, an age when the American independent film movement and the studio system intersected in a way that allowed auteurs like Anders to broaden their ambitions and expand their canvasses. It’s taken nearly 25 years, but now this exquisite jewel of personal filmmaking is finally available on Blu-ray from Scorpion Releasing in an edition that contains some wonderful extras: an illuminating commentary track by Anders, an edifying making-of documentary, and several deleted scenes.

Another important 1996 release, Paul Thomas Anderson’s directorial debut Hard Eight, is also finally making its way to Blu-ray for the first time via the Imprint label. Though Hard Eight is a mere warm-up for the spectacular audacity that was to come in Boogie Nights and Magnolia and beyond, it remains one of the all-time great first features, a forceful opening statement by a director who would go on to become one of the most important of his generation. The story of an enigmatic aging gambler (Philip Baker Hall) looking to atone for past sins by taking a likable but dopey loser (John C. Reilly) under his wing, the film introduces a number of elements both thematic (the impulse to create surrogate families to rectify the trauma of real ones) and aesthetic (elaborately choreographed Steadicam moves, Jonathan Demme-influenced optical point of view shots, expressionistic lighting cues) that Anderson would develop much further in later work, but they’re all already pretty damn good here. Hard Eight wears its many influences on its sleeve, not only Demme but Jean-Pierre Melville and Robert Altman, yet it doesn’t come across as derivative; Anderson internalizes his influences and combines them with his own deeply felt moral preoccupations to create a movie that’s great to look at but no mere exercise in style. He’s helped along in this by a quartet of terrific lead performances rounded out by Gwyneth Paltrow and Samuel L. Jackson, though it must be said that the film belongs to Hall. After kicking around movies and episodic TV for decades in supporting roles (with the notable exception of his barn-burner of a performance as Richard Nixon in Altman’s Secret Honor), Hall got the part of his life here and he clearly knew it – you can feel his relish for the character in every riveting scene, and Anderson’s joy in giving Hall a platform seeps through the celluloid. Imprint’s Blu-ray contains all the supplemental materials that were on Sony’s long out-of-print 1999 DVD, among them two great commentary tracks: one with Anderson and Hall, the other featuring the director and star along with a multitude of crew members interviewed about their Hard Eight experiences while on the set of Magnolia.

Staying in the mid-90s, my final recommendation this week is Arrow Video’s extras-packed Blu-ray of Kevin Smith’s Mallrats (1995). Like Grace of My Heart, Mallrats was financed and released by Gramercy Pictures, a joint venture between Universal and Polygram that was (along with later studio “indie” subsidiaries like Warner Independent and Paramount Vantage) designed to compete with and replicate Miramax’s success. At the time, Smith’s attempt to transpose the sensibility of his Sundance hit Clerks to a studio production was a critical and commercial disaster, but like many Gramercy underperformers – Grace of My Heart, Dazed and Confused, Steven Soderbergh’s King of the Hill and The Underneath – time has been kind to it. The comic book-obsessed characters and their digressions about the sex lives of superheroes have aged well now that Marvel and DC have taken over pop culture, as has a very funny Stan Lee cameo that’s far more inventive and purposeful than all the Lee appearances in all the Marvel movies put together. Smith’s stated purpose was to pay homage to the comedies of John Hughes and John Landis that he grew up with, and while Mallrats doesn’t quite equal the emotional resonance of the best Hughes pictures or the antiestablishment rage of Landis’ satires, it does strike an effective balance between juvenile slapstick and affectionate, insightful mockery of male neuroses; it also, in the age of COVID, makes one agonizingly nostalgic for a time when heavily populated shopping malls were hubs of social activity. The Blu-ray, meanwhile, is one of those packages that’s worth viewing regardless of whether or not you like the movie, since it provides such a fascinating historical overview of that very moment in American cinema that Grace of My Heart was so emblematic of. There are hours and hours of commentaries and interviews here, many of which provide an informative and often hilarious look at Smith’s ill-fated foray into studio filmmaking, a story that serves as a microcosm for the experiences of so many other directors at the time. And if you’re looking for a similarly wide-ranging look at 1980s effects films and the early days of digital technology, Arrow’s equally well appointed The Last Starfighter Blu-ray is also required viewing; their new edition of the 1984 sci-fi charmer includes an array of compelling supplements that give the movie its deserved due as a visual effects landmark.