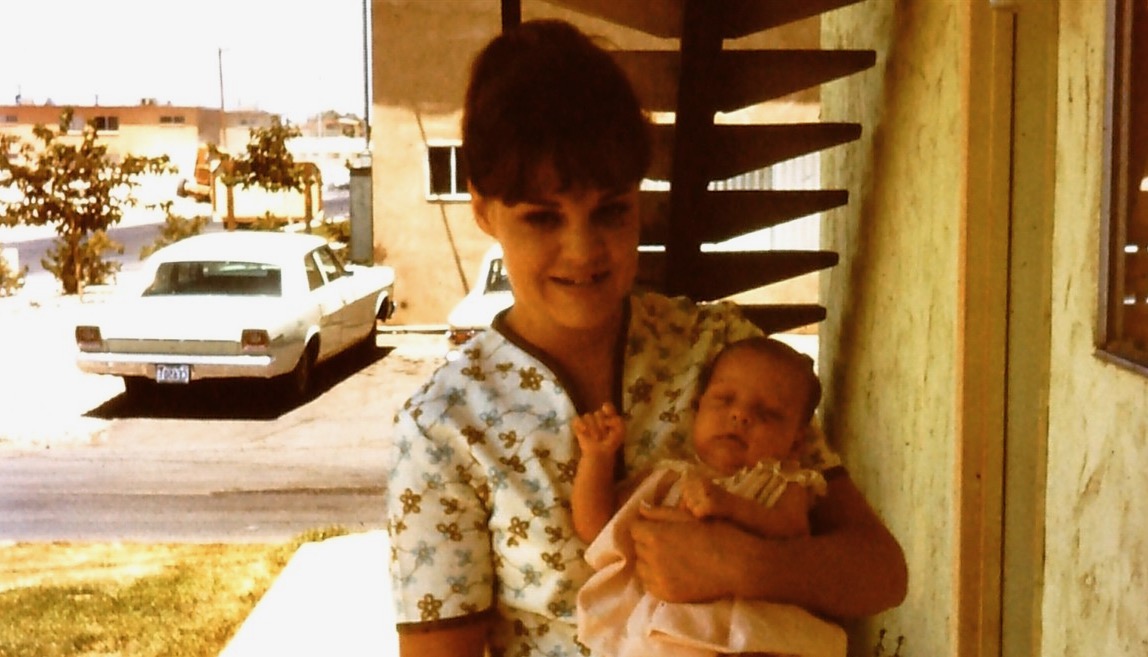 'Til Kingdom Come, A Cops and Robbers Story, Baby God, DOC NYC, Documentary, The Meaning of Hitler, Tiny Tim: King for a Day

If there’s one thing we can all agree on in these polarized times it’s that 2020 will inevitably go down in history as one WTF year. And since I generally tend to adore batshit insane films — and especially batshit insane cinematic nonfiction — I was pleased to discover a wealth of WTF treasure buried inside this year’s (a bit overwhelming at 108 features and 92 shorts!) virtual DOC NYC lineup, which begins today.

So in honor of this global topsy-turvy moment, here’s just a handful of my favorite gems that, humbly and with little fanfare, screwed with my mind in all sorts of exciting and unanticipated ways.

A Cops and Robbers Story (Metropolis Competition)
Though Ilinca Calugareanu is the director behind another of my favorite under-the-radar films, Chuck Norris vs Communism, I was nevertheless skeptical that a Romanian-born female filmmaker could do justice to the story of a highly decorated Black officer who took an unconventional path to eventual NYPD glory. For 20-plus years Corey Pegues kept a secret: namely, that in the ’80s he was a member of the Supreme Team, the premiere drug trafficking organization on the city streets. But Calugareanu does a deft job combining interviews with Pegues (as well as with those who knew him on both sides of the law) with riveting archival material and era-appropriate reenactments. As a result, an engaging portrait emerges that turns the classic “good cop gone bad” trope soundly on its head. Instead we get the tale of a heroically unapologetic, morally complex character who turned from “bad” to “good,” forcing us to reassess that dismissive “past is prologue” stereotype that destroys the lives of far too many young Black men.

Baby God (Investigations)
The fact that Hannah Olson’s Baby God was EP’d by the cinematically savvy duo of Heidi Ewing and Rachel Grady should have signaled to me that this HBO doc would be more than just the straightforward story of a famous fertility specialist who for decades lived the Jeffrey Epstein dream of seeding the human race at his own desert oasis. Like Epstein, Dr. Quincy Fortier was a lauded professional in his field — in his case for helping thousands of couples get pregnant at his Las Vegas clinic. Unlike Epstein, he lived to a ripe old age, having paid little price for inseminating an untold number of women with his own sperm, unbeknownst to any of them.

Baby God follows one of Fortier’s secret offspring, who learned of her paternal heritage through a consumer DNA test, on her quest to find both half-siblings and full answers. And what a rabbit hole journey she takes! In addition to archival footage and downright experimental imagery, Olson’s film also includes heartfelt interviews with the (too) many relatives and hoodwinked parents located throughout the country. And also with two of the doctors who actually worked at Fortier’s clinic (and who paint a disturbing picture of a barely regulated, emerging industry.) They’re also creepily cavalier about their own forays into “baby godness” – i.e., donating to sperm banks during their college years.

This culminates in the nagging, and incredibly disturbing, notion that this elusive and over-a-decade-dead doctor is speaking to us from beyond the grave. His immorally produced children share his DNA after all. And ultimately, rather than answers, we’re presented with a slew of existential questions. If you’re a duped mom, can you feel simultaneously violated by Fortier’s actions and grateful that he gave you the child you love dearly? If you’re a Fortier kid, can you be horrified by what he did to your beloved mother while acknowledging that, had he not, you wouldn’t exist? Then again, perhaps these head-spinning questions are the answer — the dual essence of the do-gooding bad doctor brought to light.

’Til Kingdom Come (Investigations)
Perhaps no other film in the DOC NYC lineup quite bent my mind into pretzel shape like Emmy Award-winning Maya Zinshtein’s cinematic exercise in Orwellian logic, ’Til Kingdom Come. The Israeli director behind 2016’s soccer doc Forever Pure, which dealt with the clash between a Jerusalem team with two Muslim players and its racist fans, now turns her lens on a literally unholy alliance — that of Israeli right-wingers and their American evangelical, uh, friends.

The doc follows Yael Eckstein, President and CEO of the International Fellowship of Christians and Jews — and an equally passionate believer in both evangelical partnership and prolific fundraising — as she makes her global rounds, most notably to rural Kentucky. There we meet William Boyd Bingham IV and his father, the latest descendants in a long line of multigenerational pastors ministering to an economically-decimated Appalachian congregation. And here’s where things get really weird. By focusing on the small and the personal Zinshtein paints a larger, increasingly nonsensical portrait of an alternate moral universe, ne in which American evangelicals exploit their own impoverished communities to gather funds in order to forge alliance with Israeli Orthodox Jews in furtherance to their anti-Semitic end(time) game. In turn, Israeli Orthodox Jews overlook/sidestep the rapturous (pun levity needed at this point) anti-Semitism and exploitation of the poor to realize their own xenophobic pro-settler endgame. In turn once more, the US evangelicals then overlook/sidestep the plight of their own Palestinian evangelical brothers and sisters, choosing to break bread instead with their Orthodox settler oppressors. How any of this can be termed “religious” is anyone’s guess.

Indeed, one of the most horrifying scenes occurs when Associate Pastor Bingham drives a visiting Eckstein around his beloved town, where she mistakes the many dilapidated, but fully occupied, houses for abandoned dwellings. When Bingham notes that folks are actually living in these conditions, Eckstein expresses no signs of empathy and instead jarringly waxes rhapsodic about how wonderful it is that these far-below-poverty-line-existing people have still managed to collectively donate $20K to Israel. It’s like they’re living in a “spiritual economy” she gushes. Or perhaps these “spiritual” leaders are living in a pre-Enlightenment, pro-Middle Ages la-la-land.

The Meaning of Hitler (Viewfinders Competition)
Normally the words “stylish” and “sophisticated” wouldn’t immediately spring to mind when describing a film based on a 1978 German bestseller titled The Meaning of Hitler. But Sebastian Haffner’s book, dedicated to dismantling Hitler mythology and revealing the failed-artist-turned-Führer to be the scapegoating loser he really was, has now been strikingly reimagined for the screen — at times with the feel of classic ’60s psychological horror – by Petra Epperlein and Michael Tucker, the team behind 2016’s exceptional Karl Marx City. Crisscrossing nine countries with camera (and, in Epperlein’s case, ever-present boom mic) in hand, the married couple intricately trace Hitler’s rise, while providing clear-eyed context through interviews with writers (including Martin Amis and Deborah Lipstadt), philosophers, and even Nazi hunters. (Epperlein, by the way, also manages to make the boom mic cool again after far too many years of Nick Broomfield hijacking it for his bumbling Brit schtick.)

Consciously aware that any film about the 20th century’s most infamous practitioner of genocide could itself fall under the Hitlerism spell, Epperlein and Tucker decide to focus squarely on the concrete and mundane, while staying attuned to revelations embedded in absence and silence. The house in Branau where Hitler was born features a plaque that neglects to mention his name. The Sobibor extermination camp has an “unknowable spot” which birds refuse to visit. Even Holocaust denier David Irving, while being followed by the duo during one of his “Real History” tours, gets chillingly caught on hot mike. What The Meaning of Hitler ultimately ends up unmasking is nothing less than the palpable meaninglessness of evil.

Tiny Tim: King for a Day (Behind the Scenes)
Thanks to Swedish director Johan von Sydow I now have a new, fave give-the-finger-to-gender-boxes hero. (Sorry, Eddie Izzard.) Through a mix of fascinating archival footage, personal diary entries, interviews with exes and friends (not to mention cinema luminaries like Pennebaker and Mekas), and even an appropriately weird “Weird Al” Yankovic (inner) voiceover, Tiny Tim: King for a Day brings to light the misunderstood life of Manhattan-born Herbert Khaury, a painfully introverted musical prodigy who grew up to be the global star of the ’60s known as Tiny Tim. Despite a series of hit records and Tonight Show appearances (one of which included his wedding to “Miss Vicki,” seen by 40 million viewers!), by the 1970s the campy, falsetto-singing, ukulele-playing icon had pretty much exited the zeitgeist. And yet today, nearly a quarter century after his death, the spirit of Tiny Tim somehow remains. With an off-kilter childlike innocence a la Pee-wee Herman, and a talent for surreal performance art stylings reminiscent of Andy Kaufman, Tiny Tim managed to do something in many ways more radical than either – bring unfiltered, unapologetic raw vulnerability to the stage and screen. Uncomfortably touching hearts, and reawakening us to our shared humanity, by heroically wearing his own heart on his sleeve.