“His Materials and His Letters Were Just Sitting in Boxes in the Basement of Her House”: R.J. Cutler on Belushi at DOC NYC 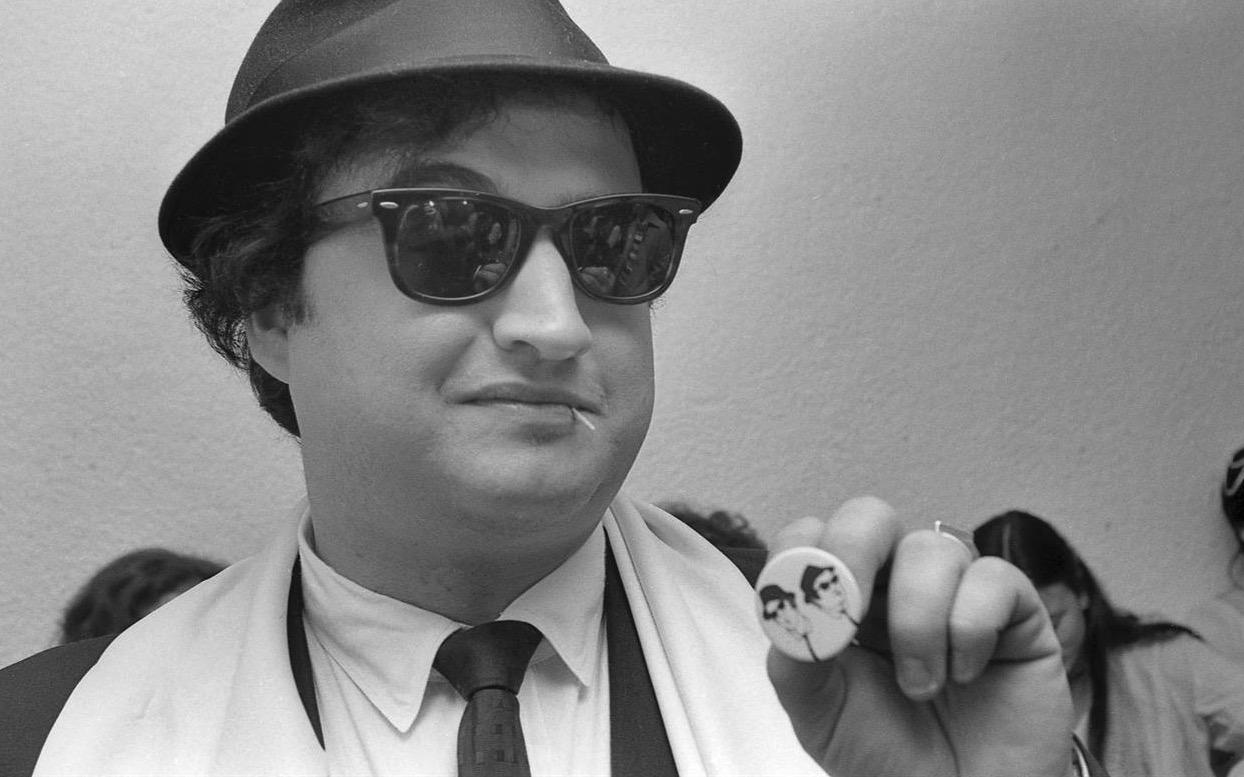 by Lauren Wissot
in Directors, Festivals & Events, Interviews
on Nov 13, 2020

From the mid to late 70s John Belushi was a multimedia meteor, seemingly destined to be an inescapable part of the zeitgeist for years to come. The outsized and ubiquitous talent — original cast member on late night TV’s SNL, scene-stealing star of the big screen (National Lampoon’s Animal House, The Blues Brothers), and hit record maker (again with The Blues Brothers) — was so inescapable that when in 1982, at the age of only 33 and the peak of his career, his life crashed to a drug-fueled end at L.A.’s Chateau Marmont, the shock to the world was seismic.

So how does a documentary filmmaker even begin to wrap his arms around such a larger-than-life character? If you’re veteran director-producer R.J. Cutler (The War Room, A Perfect Candidate, The September Issue) you go intimate and small. Rather than dissect the legend “Belushi,” Cutler deftly zooms in on John, the boy from Wheaton, Illinois who grew up in his Albanian father’s diner (the inspiration for the SNL classic “Cheeseburger, Cheeseburger!” sketch) and married his high school sweetheart. And in addition to showcasing archival footage and delightful TV and movie clips, Cutler treats us to a trove of personal letters and audiotapes, and the insightful reminisces of close friends and colleagues (everyone from Dan Akroyd and Ivan Reitman, to Penny Marshall and Carrie Fisher). What emerges is a portrait as unexpected and artistic as the man himself — a brilliant mind without an “off” button, but with a heart of gold.

The Emmy Award-winning Cutler was gracious enough to take time away from editing his latest (Billie Eilish: The World’s A Little Blurry) to give Filmmaker the scoop on Belushi, which opened this year’s (home of The Second City) Chicago International Film Festival, and is currently playing in Not Ready For Prime Time Players territory at the virtual DOC NYC.

Filmmaker: Can you talk a bit about the genesis of the doc? How did you get ahold of the audiotapes and personal letters in the first place?

Cutler: When John Battsek and I were finishing up producing Listen to Me Marlon, the film that we did together about Marlon Brando, we were talking about potential next projects we might do. And of course John Belushi came up because he had been such an influential figure in both of our lives. John told me that he had, for the better part of a decade, been pursuing the rights to make the film with Judy Belushi. I was immediately excited by the idea because Belushi was still such an important figure to me.

Judy watched Listen To Me Marlon, and said the timing is right now. So we got together. And one of the very first things that we did was to go visit Judy in Martha’s Vineyard. While we were there, she encouraged us to look through the archives she had kept of John’s life. His materials and his letters and all of those things were just sitting in boxes in the basement of her house.

So we started digging through them. And that’s when we first came upon these incredible letters that he’d written to her throughout his life. Also this box of audiotapes, which was the oral history that she and Tanner Colby had started in the years immediately following John’s passing. So in those two elements — the personal letters and the audiotapes — we found the basis for the film.

Filmmaker: An incredible amount of material — archival footage, movie clips, the photos and letters, audiotapes, animation, etc. — went into crafting this film. So what was the editing process like? And how did you clear all the rights?

As you point out, as a result there are many different elements. There’s layers of visuals and artifacts from John’s life, all of which were really kind of produced and designed for us by Stefan Nadelman, who did such a brilliant job. And then there’s the animation that addressed the fact that we didn’t really have home movies or many photographs from John’s childhood. First off, he was a very private man. But second of all, there were no iPhones. People weren’t recording themselves all the time. So we needed to fill in the blanks there.

In addition, I wanted the childhood John to stay with us throughout the movie. All of that kind of informed and contributed to the animation vision for the brilliant work that was done by Robert Valli. And so that’s really what the process was like. There was that vision of density, and a number of riddles and puzzles that had to be figured out. They all came together to form the unified vision that was realized through the editing process by Joe and Maris, through the animation process by Robert, and through the graphics process by Stefan. And we all worked together throughout so that these were complementary visions.

The clearing of the rights is really the triumph of Ryan Gallagher, who was our lead researcher, as well as Austin Wilkin, who shared the burden. And Trevor Smith as well, one of our producers. It was a mix of hard work, savvy negotiation, and crafty business sense. And believe me, it was not easy. This film required so much in clearing the rights to the music, clearing rights to the visuals, clearing rights to the footage. Though it was, interestingly, also an indication of the love the world has for John Belushi. Because at full price there’s no way we could have made this film. We could not have afforded the music or the movie clips or the television clips. Everybody generously gave. Lorne Michaels was so generous, and the folks at Universal, Lennon and McCartney — all so generous. We got the music at rock bottom prices solely because of all the love for John Belushi.

Filmmaker: One of the film’s many surprises (at least for me) involved Belushi’s famous “Cheeseburger, Cheeseburger” sketch on SNL. Learning that he was playing his father in his father’s diner lends it a startling poignancy that was probably lost on the audiences at the time. So were there any big revelations for you that influenced the overall shaping of the film?

Cutler: For me, the most significant discovery we made was the audiotape recording for the oral history of Carrie Fisher. She was talking about the nature of addiction, and telling the story of an evening she’d spent with John during his recovery. She spoke about his recognition of his addiction, and the burden of addiction — just so many profound things that she had to say about the nature of the disease and the struggle of the addict. And that really became a central element of the film. On some level we built the doc, both going forward and up until that moment, with an understanding that it was a centerpiece of the film.

Filmmaker: A great many of Belushi’s friends and colleagues are heard from in the film, as is his brother Jim. So has everyone seen the doc? What have the reactions been like?

Cutler: I have to say, the response has been incredibly gratifying and very moving, from Ivan Reitman, to Jim Belushi, to Judy, to other friends and colleagues of John. Those who shared his life with him. It’s just been so very special. People should, of course, speak for themselves, but as a filmmaker it’s been a very meaningful experience to share the film with those who lived with John when he was alive.

Filmmaker: You’re a veteran director and producer in the worlds of feature-length documentaries and nonfiction television, narrative films and even podcasts, so I’m curious to hear if you approach the work differently depending on format. Or do you view it all as basically one and the same?

Cutler: It’s such an interesting question. You know, I think what’s common to all of my work is that I’m trained as a theater director. That’s the foundation of my work. That’s the way I view storytelling and really creating art, narrative art.

Whether you’re working on a podcast, a scripted podcast — as we did with Oval Office Tapes — or a feature documentary like Belushi, I think the first question you have to ask is, Why have we gathered everybody? What’s the purpose of this event? Why have we brought everyone together? What is it we are hoping to say? With these stories we are telling, what do they mean? And that’s the kind of thing that gets drilled into you when you are learning how to direct plays.

There are also a lot of foundational things common to all of the work that I do. There are many aspects that overlap. The process may be a little bit different – you tend to construct the script for a documentary after the shooting, whereas you write the script for a narrative project before you shoot, of course. And the narrative process for a documentary is very long. We spent two years editing Belushi. You spend days and weeks editing scripted material. That said, the foundations and principles remain the same.