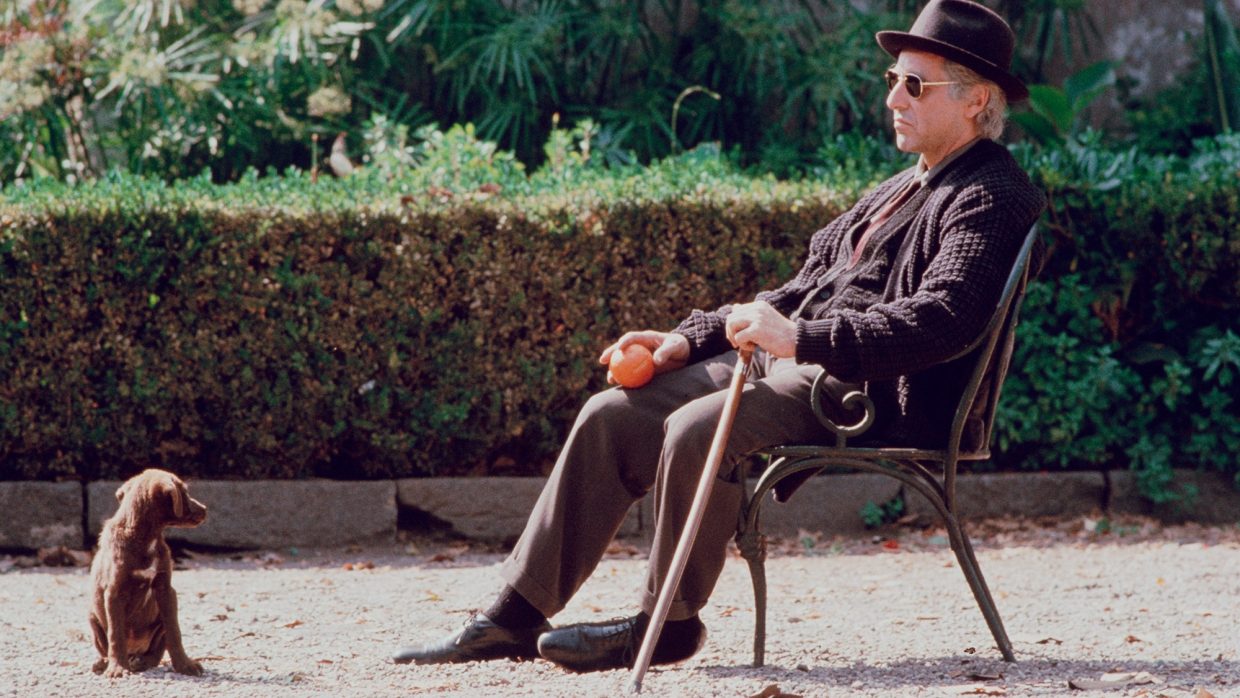 The Godfather Coda: The Death of Michael Corleone

From Apocalypse Now Redux to The Cotton Club Encore, Francis Coppola has never been reticent about reworking past directorial efforts, so it was probably inevitable that he would get around to revisiting The Godfather Part III. Although by any normal standard Godfather III was a respectable success – conceptually bold, rich in visual and emotional textures and literary depth, and a financial hit with seven Oscar nominations – the fact that it wasn’t a flat-out masterpiece like its predecessors left the film with a lingering reputation as a disappointment, and Coppola was always unhappy with the manner in which it was rushed to completion in order to meet a holiday release deadline. Now, the director has reconfigured the picture as The Godfather Coda: The Death of Michael Corleone, and the new edition (available on Blu-ray as well as digital platforms) clarifies and intensifies what was always impressive about the movie while minimizing some of its more controversial aspects. The Godfather Coda isn’t as major an overhaul as Coppola’s various revisions of Apocalypse Now, The Cotton Club, or The Outsiders; instead of introducing huge new chunks of previously unseen footage as in those films, Coppola merely tightens the release version and shuffles material around to make slight shifts in emphasis. Yet if the changes are minor, their effects are not; simply by moving a scene that originally appeared an hour into the film to the opening and shaving a few frames from the conclusion, Coppola significantly transforms both the personal saga of Michael Corleone and the tale of political intrigue involving international finance and the Catholic Church. The new cut also demonstrates how very simple tweaks can go a long way toward solving big problems; early in the film, Coppola adds a looped line of dialogue to pass his daughter Sofia’s awkward acting off as intentional unease, and while the performance still seems a little lacking compared to the more polished work of her costars, it’s no longer the embarrassment critics claimed it was back in 1990.

At the time of The Godfather Part III’s release the excessively malicious attacks on the younger Coppola’s performance mirrored one of the film’s key themes, that of the punishment for a father’s sins being visited upon his child, and it’s easy to see other aspects of Coppola’s own story in Michael Corleone’s. Coppola has always been a director who certain factions wanted to take down, often inexplicably; he was excoriated in the press for the financial excesses of Apocalypse Now at a time when many far less interesting and adventurous films (Star Trek, Moonraker, Raise the Titanic) were costing around the same amount or more, and a few years later he was mocked for trying to change the way in which movies were made even though a decade later virtually every one of his innovations (digital editing, previsualization, etc.) had been adopted by the industry at large. He had largely been beaten down by the time of Godfather III, a movie he made to pay off debts, and when the press smelled blood in the water after Coppola cast his daughter they pounced on Coppola as ruthlessly as Michael’s enemies do in the film. As has so often been the case, however, time has vindicated Coppola. Regardless of which version of The Godfather Part III one prefers, in both iterations it’s a monumental synthesis of popular entertainment and profound self-reflection; just as he did in the first Godfather when George Lucas convinced him to direct it for the money, in Godfather III/Coda Coppola bends the demands of a commercial assignment to his own complex and personal ends. If the Michael Corleone of The Godfather I and II was, in his ambition and accumulation of power, the empire-building Coppola of the 1970s and early 80s, the Michael Corleone of Coda is Coppola after the failure of his utopian American Zoetrope dream and the tragic death of his beloved son – a man whose priorities and drives have been drastically altered by all that aging gives and takes away. The fusion of protagonist and filmmaker makes Coda a majestic, defiant, heart-breaking experience, culminating in an unexpected and poignant new final shot.

If you’re looking for something a little lighter than a 157-minute meditation on mortality and regret, I highly recommend Kino Lorber’s new Blu-ray of the 1981 comedy Continental Divide. Scripted by Lawrence Kasdan, who was on a roll in 1981 – that same year he also wrote Raiders of the Lost Ark and made his directorial debut with Body Heat – Continental Divide is a warm, snappy riff on Howard Hawks and Frank Capra starring John Belushi and Blair Brown as mismatched lovers. Belushi is a Chicago columnist who travels to the Rockies on assignment and falls for Brown, an ornithologist who lives in a cabin and devotes her life to the study of bald eagles; while the trajectory of their relationship from hostility to grudging respect to romance is predictable, the variations on the formula that Kasdan’s screenplay deftly employs are unique and often hilarious. Just as Body Heat plays like both a commentary on film noir and a contemporary reinvention of it, Continental Divide takes the standard oppositions found in romantic comedies like Bringing Up Baby and It Happened One Night and breathes new life into them, with Kasdan incorporating the traditions and elements that he finds useful and reconceiving others. There are sly role reversals and witty twists on the city-country dichotomy, and a sophisticated adult romance that really sneaks up on the viewer – by the climax, the actors, Kasdan, and director Michael Apted have completely succeeded in creating two people the audience desperately wants to see end up together, yet placed them in a situation where it’s impossible. This tension leads to a moving, funny, deeply satisfying finale to a movie filled with treasures, from John Bailey’s vibrant photography to a gallery of colorful supporting performances by Allen Goorwitz, Carlin Glynn and Val Avery. Bailey’s cinematography is particularly effective in its vitality and vivid use of color; Chicago and Wyoming are each presented with dynamism and beauty in a manner that makes it perfectly clear why Belushi could never leave the city and Brown could never leave the mountains. Kino’s new disc provides an excellent audio commentary by film historians Daniel Kremer and Nat Segaloff, who impart a wealth of fascinating knowledge about the picture’s production history and contextualize it within Belushi’s all too short career.