“There’s So Much Darkness, So Much Room to Dream”: David Lynch on Lost Highway 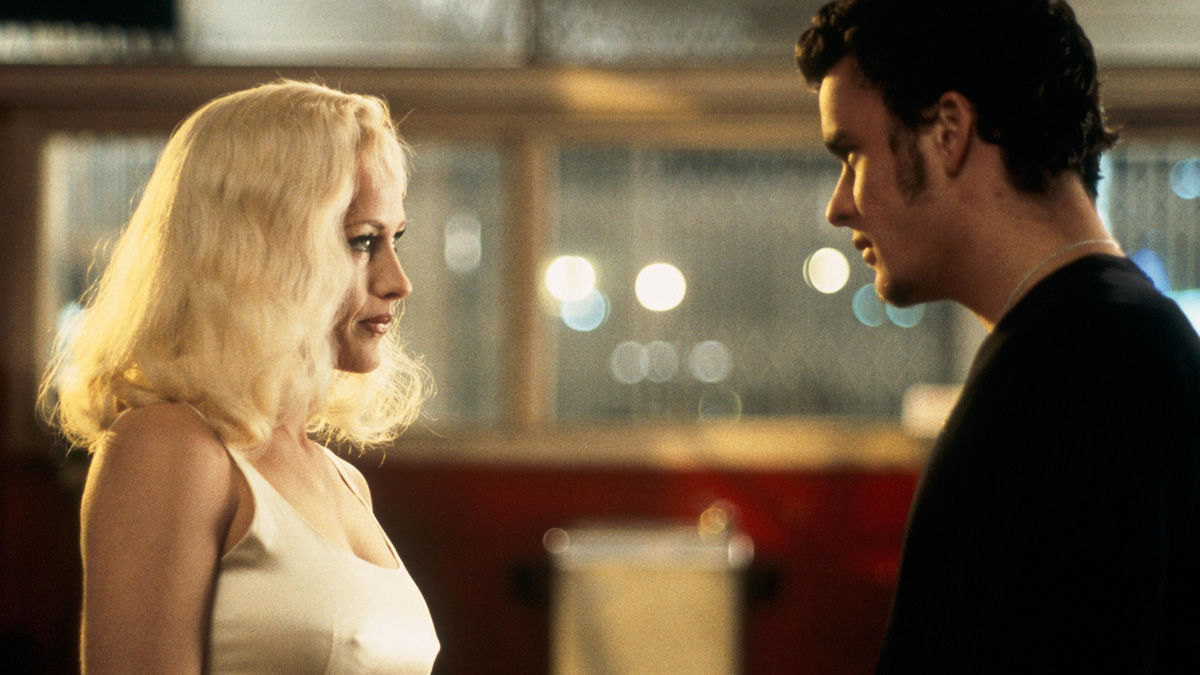 by Stuart Swezey
in Directors, Interviews
on Jul 22, 2021

The following interview with David Lynch appeared in Filmmaker‘s Winter, 1997 issue, and is being reposted online today as a newly restored Lost Highway opens at New York’s IFC Center before the release of a 4K UHD edition from Criterion in October.

An audacious return to feature filmmaking after his underrated Twin Peaks: Fire Walk With Me, Lost Highway is pure Lynch. Alternately seductive, mysterious, and terrifying, the film’s narrative unfolds with the chaos of a waking nightmare. Bill Pullman plays an avant-jazz musician whose fear of intimacy with his wife, Patricia Arquette, propels him into a series of schizophrenic states.

Or perhaps not. Lost Highway can be read as a discombobulated film noir, study of mental illness, or frightening ghost story. Indeed, Lynch loads the film with the boldest second act plot twist in recent memory, demanding that viewers construct their own personal reading of the film. We asked writer, underground culture expert, and Amok Press editor Stuart Swezey to discuss with Lynch his brand of cinematic madness.

Lynch: Sometime during the shooting, the unit publicist was reading up on different types of mental illness, and she hit upon this thing called “psychogenic fugue.” The person suffering from it creates in their mind a completely new identity, new friends, new home, new everything – they forget their past identity. This has reverberations with Lost Highway, and it’s also a music term. A fugue starts off one way, takes up on another direction, and then comes back to the original, so it [relates] to the form of the film.

Filmmaker: There are psychological pressures at work on the different characters in Lost Highway, and I guess what the audience might identify with is the acting out of certain repressed desires. But the story unfolds on a supernatural level at the same time…

Lynch: Well sometimes mental things could appear that way outside the condition.

Filmmaker: Can you expand on that?

Filmmaker: You don’t see Lost Highway as in some way being a ghost story?

Lynch: When it comes down to explaining things, I stop. With most films, there is problem understanding them, there’s no room to dream or to find your own interpretation and I don’t want my thing to get in the way of anybody else’s idea.

Filmmaker: There are a lot of film noir elements that come up in Lost Highway. In the late ’40s, film noirs were considered B-movies, What is it about those particular movies is so fascinating now?

Lynch: There’s a beguiling and magnetic mood. There’s so much darkness, and there’s so much room to dream. They’re mysteries and there are people in trouble, and uneasiness.

Filmmaker: I thought that at certain times Patricia Arquette looked like Elizabeth Short, the victim of the real-life L.A. noir case, the Black Dahlia.

Lynch: She really does look like Elizabeth Short. We talked about that.

Filmmaker: Was that a conscious styling decision?

Lynch: It wasn’t really, but there was a certain point while we were shooting that I told her she looked like Elizabeth Short. She was interested in that.

Filmmaker: Have you ever read a book called Severed?

Filmmaker: It’s a book by John Gilmore where he says that he solved the Black Dahlia case.

Lynch: Is this a recent book?

Filmmaker: It came out a couple of years ago.

Lynch: I’ll be darned. I talked to John St. John –

Lynch: Exactly. We had dinner a couple of times. He was in charge of that case until he retired. Then he died, unfortunately. But he had a lot of information on her.

Filmmaker: He was one of the sources for John Gilmore’s book.

Filmmaker: What do you find interesting about that case?

Lynch: Well, it’s unsolved. And I love mysteries. And this thing just has this kind of other-worldly quality to it. The way she was killed a large part of it, and the fact that no one has ever come forward. They still don’t much about the case.

Filmmaker: In this book, part of the theory is that she had this congenital problem with her vagina where she couldn’t be penetrated, and somehow the killer set up the body parts to create a triangle. I could send you a copy if you’re interested.

Lynch: That would be good.

Filmmaker: Do you think your work allows audiences to tap into feelings of sexual fear?

Lynch: I don’t know. There’s something that lets me dream, and it feels good to be in that world. I think it’s like music.

Filmmaker: For me, what goes on in the film on a psychological level is that the senses of self get confused. Have you ever had that feeling of disassociation from yourself?

Lynch: Oh, yeah. There’s really many characters inside of us, I think.

Filmmaker: So would you say that what we call “I” – what we think of as ourselves – actually contains a multitude –

Filmmaker: Is Lost Highway about getting that idea out into the culture?

Lynch: No, no, it’s just a story, a story about these particular characters. It’s not a generalized thing for humanity. But you know, sometimes you get into a thing where it lets you dream.

Filmmaker: Do you mean a waking dream?

Filmmaker: How much time would you say you’re in that state?

Lynch: I would love to be in that state all day long, but you have to have some quiet. The world is getting louder every year, but to sit and dream is a beautiful thing.

Filmmaker: So the writing process involves bringing things back from dream states?.

Lynch: No. It involves just catching ideas and then failing in love with them or discarding them. It’s a lot of action and reaction. Once you get some idea that you love, it becomes a magnet and it pulls other things that you need to it. It starts forming a story. Some things work and some things don’t – you kind of act and react. It’s almost like [the story] exists in its final form somewhere and you’re just learning about it. Know what I mean?

Filmmaker: Were there new things that you tried in terms of cinematography that you hadn’t tried before?

Lynch: Yes. I never pulled the lens out to defocus something. We developed this thing we called “whacking” where Pete [Deming, the D.P] and the guys would pull the lens, and then reseat it, and then pull it again.

Filmmaker: What would the effect of that be?

Lynch: Extreme defocusing and jiggling. It’s beautiful. I wanted something really out of focus. They cranked the focus ring and it still wasn’t out of focus enough so I said to Pete, “That’s not good enough” and he said, sort of joking, “All we can do is pull the lens.” Then it got really beautiful.

Filmmaker: It says in the press notes that you’re designing furniture…

Lynch: Yes. I’d like to have a line of furniture.

Filmmaker: Would it be similar the furniture in Lost Highway?

Lynch: Well I built some things in Fred Madison’s house, so it might be similar to some of things.

Lynch: So much pleasure goes into the design and then in the building. And then you get so many ideas when you’re building.

Filmmaker: What got you started?

Lynch: My dad always had us in the shop when we were little.

Filmmaker: How about recently?

Lynch: I guess the need for tables.

Filmmaker: Are certain types of physical work good for introducing that dream state?

Filmmaker: Do you think you’ll take it to the next level?

Lynch: No idea. That’s where fate steps in.