“The Natural World and Our Interconnectedness”: Director Sally Aitken | Playing With Sharks 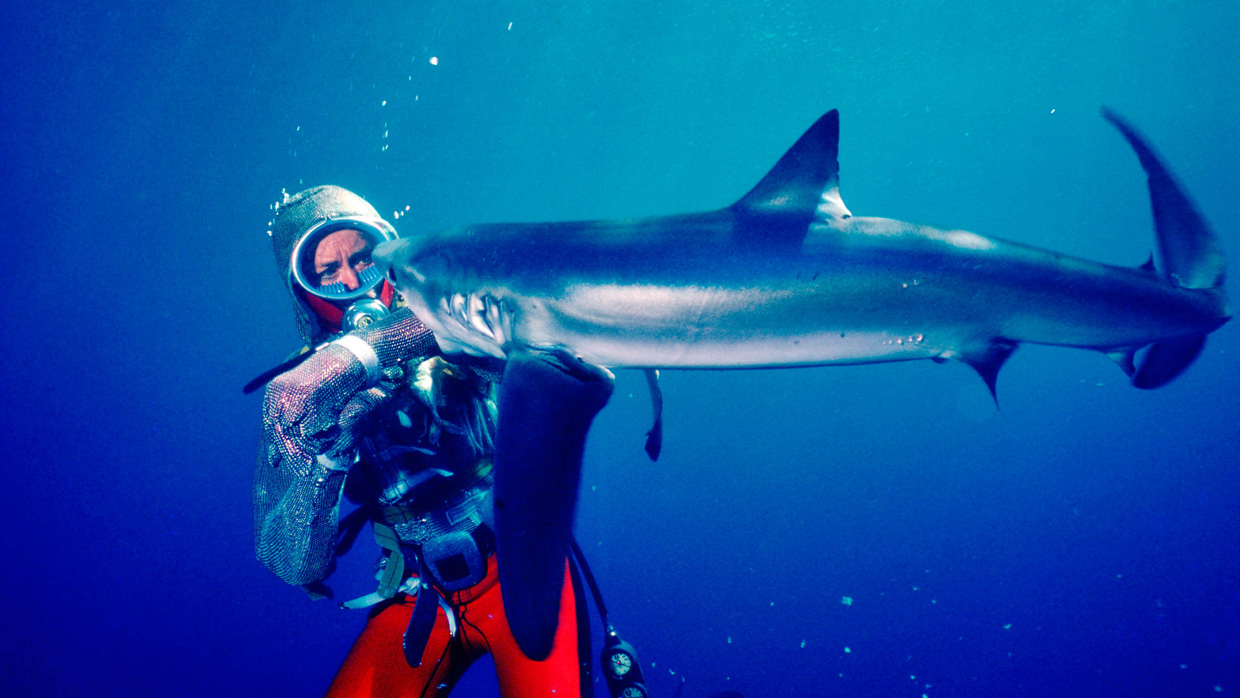 Playing With Sharks is the story of a one-of-a-kind, passionate woman, Valerie Taylor, and her remarkable life’s relationship with the ocean’s most notorious predators, sharks. As both a contemporary and archival film, with gob-smacking real scenes of this fearless and glamorous, maverick conservationist, the events of 2020 had the potential to completely derail our production—but—fortunately, probably, ended up defining the movie, certainly, defining the way I feel now in thinking about the natural world and our interconnectedness (and responsibilities) to each other, and all living creatures.

Before COVID-19 hit Australia, we endured a horrific “black summer” of bushfires raging across 24 million hectares of country, and killing or displacing three billion animals. This unprecedented catastrophe delayed our remaining film shoot on the eastern coast of the country with today, 85 years old, Valerie in her house on the beach. But, when it was safe to film, the added urgency of understanding our precariousness when the natural world blows up, gave us (I think) an added poignancy to our interview. Valerie is someone who through personal epiphany  continues to devote herself to the protection of habitat. So it was an echo of her life’s maxim. It was also thanks to the filming delay that we were blessed with a remarkable late summer weather window! So this gave us stunning aerial footage along the coast, and impressionistic footage of Valerie’s beloved “tinny” (the runabout boat) still going strong some 50 years later that she and her late cinematographer husband Ron used to film sharks in the 1960s and 1970s. Remarkably, the tinny, beaten up, scratched and a little battered is a bit like Valerie herself, weathered but robust, and with plenty of stories to tell. The very definition of living sustainably with items that endure! After the shoot, we were all set to edit and the pandemic hit shutting everything down. So it was incredible that Wildbear Entertainment (the production company) quickly put the vast volumes of archive (literally thousands of hours of 16mm and 35mm underwater footage) into a remote workflow so that Adrian Rostirolla (editor) and I could continue to edit, albeit apart from each other. No mean feat! But it fundamentally gave us more time with this precious material and so benefited us in realizing a historical record of how our oceans once were against this incredible life story. I believe there’s a can-do attitude among all filmmakers I know, and so although our industry has been impacted by COVID-19, we also feel extremely fortunate that we continue to ride the wave of the unknown—eyes wide open—to tell the stories that matter and to remember our collective responsibilities of living harmoniously with our great planet—even with the species that could accidentally bite your leg off.