“The Memory of Shooting Left a Scar”: DP Alex Camilleri on Luzzu 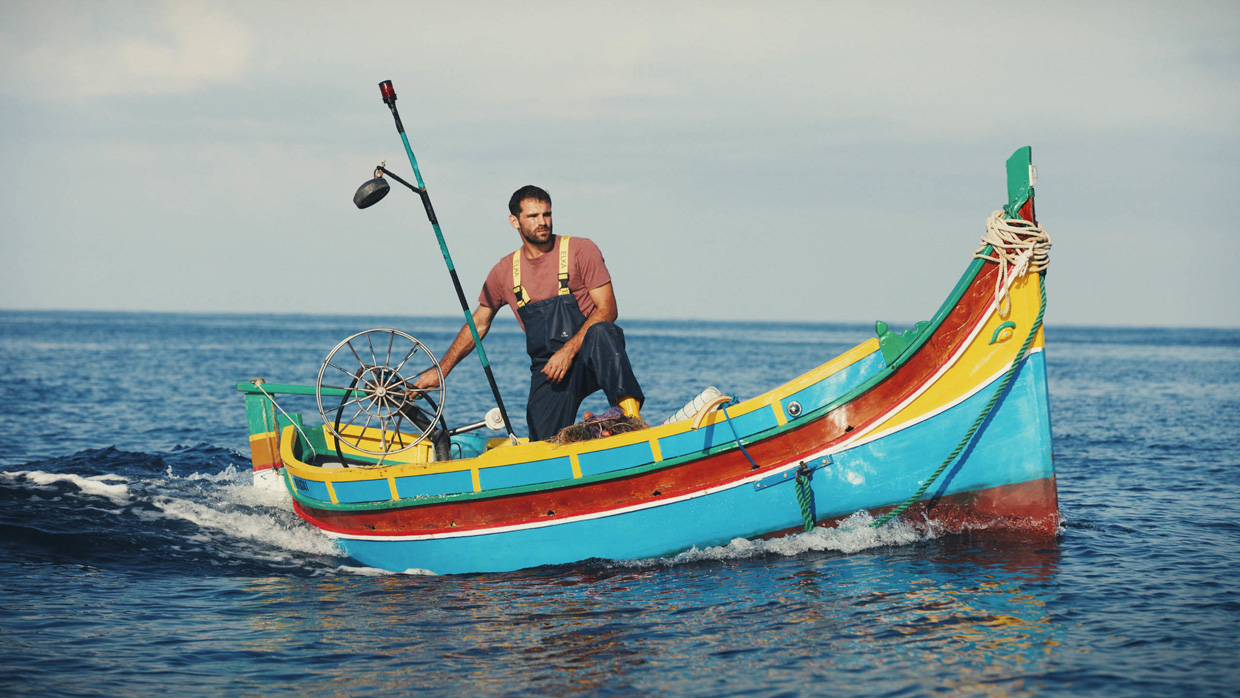 Alex Camilleri’s Luzzu touts itself as one of the first 100% Maltese films. Starring fisherman Camilleri met during his time in Malta, the movie features non-actors in what could be mistaken for a documentary on Malta’s fishing industry and the ecological concerns therein. Acting as the film’s editor, Camilleri walks us through his path to his first feature and the solitary experience of editing your own film.

Camilleri: I’m the writer and director of Luzzu, but my background is in editing. It was quite an easy choice for me to cut the film… aside from the fact that we had no money to hire an editor.

Camilleri: I was blessed to work with very fine performances and strong camerawork across the footage. This gave me the appetite to find happy accidents, moments captured only once, to breathe new life into the film. From the outset on Luzzu, my goal was to make a film that doesn’t feel like a film, but like real life unfolding before our eyes. In editing, I did not shy from weaving in “imperfections” to obscure the often meticulous planning of the film’s execution: an actor’s impulsive gesture, a one-off line of dialogue, some serendipitous scenery found in our documentary style shooting.

Camilleri: Editing this film was a mostly solitary process, partly due to the pandemic, but also because this film seemed to call for a kind of quiet communing with the material. Editing is the proverbial “third rewrite,” and it was fitting to finish the writing process as I began it: alone in a room.

I showed Luzzu to a very small group of trusted friends and mentors, sharing the film by private link to one or two people at a time. To this day, I have not watched the film in a room with any other people. It’s strange to say this! For a first-time filmmaker, I think there’s something so valuable lost without a shared, theatrical experience: the chance to study the audience’s collective body language.

But the film has always seemed to play well in intimate settings, and I think this bodes well for how it will be experienced during our virtual Sundance premiere. In Luzzu, we have the privilege of taking audiences to Malta—many for the very first time. In these long days of lockdown, I think viewers will be especially eager for this kind of cinematic teleportation to the beautiful Mediterranean.

Camilleri: I had aspirations to be a writer/director when I began interning for Ramin Bahrani ten years ago. At that time, I was right out of college and Bahrani had attracted acclaim for his first three features that were also huge inspirations for me. As he mounted his next feature film, I bluffed my way into a job as the assistant editor. From my perch in the cutting room, I soaked up everything. Editing offers an x-ray for the whole film; it gave me insight into writing, directing, cinematography, sound… and the chance to carefully observe a young master at work.

I continued working with Bahrani in the editing room on shorts, documentaries, and features (culminating as associate editor of Fahrenheit 451). I edited my first feature film,  Keep The Change, for the talented writer-director Rachel Israel; the film went on to win Best Film and Best Director at Tribeca and the FIPRESCI prize at Karlovy Vary. But as rewarding as these collaborations were, the experiences confirmed that I most desired to write and direct. After a decade in the cutting room, I made the journey back to the directing chair.

Camilleri: I cut Luzzu on Adobe Premiere Pro because the best editing software is the one you have with you. I needed to edit very quickly, cutting scenes for financing and grants amidst shooting—sometimes even between camera setups. As an editor, I’ve worked on all different platforms, but Premiere Pro was the right tool for this job where I often needed to cut fast and on-the-go.

Camilleri: There’s a key sequence in the middle of the film when the central character, a struggling fisherman named Jesmark, takes a significant step into the world of black market fishing. We shot these scenes over night on an industrial fishing boat during a high swell. The clouds of diesel fumes combined with the boat’s fierce roll and pitch caused half the crew—myself included!—to become very ill. I had to hold my director’s monitor high above my head so that I could vomit over the side of the boat and keep directing… it was not ideal.

The editing of this sequence itself was not difficult, but the memory of shooting left a scar. I could hardly bring myself to review the footage… and then was completely surprised to find that we’d gotten everything we’d needed! Major credit goes to one of my actors, Uday, who overcame his own sickness and galvanized the rest of us with his energetic performance. He really saved the day, just as we were getting ready to call it all off and go back to shore. It’s turned out to be one of my favorite sequences in the film.

Camilleri: Late into post-production, my producers and I approached Stargate Studios in Malta about a handful of visual effects shots that we could afford on our meager budget. Malta does not have a robust post-production sector, but Stargate is the clear exception—a world class VFX studio working on acclaimed international films and TV.

When we showed them Luzzu, I don’t think they’d ever seen anything like it coming out of their own backyard. Matthew Pullicino and David Serge, two of the studio’s founders, recognized our film’s potential and how their team could give Luzzu an even finer level of finesse. The handful of VFX shots (clean-ups and composites) expanded to a couple dozen, but you’d never know when watching the film: the highest compliment I can pay to Stargate is to say that their work is completely undetectable.

Camilleri: In Luzzu, the act of storytelling recurs at intervals throughout the film. Older fishermen tell Jesmark tales of his forebears and the family boat (the titular luzzu) that’s been passed down through generations. At first, Jesmark feeds off these stories, nourished by memories that connect him to the past. But in time, it seems these old tales reinforce a kind of mythology about the fishing world that can’t orient Jesmark in his rapidly modernizing world. The oral tradition has a particularly rich heritage in the Mediterranean, and this subtle strand was always embedded in my writing, but I never saw its true significance until the film was “flesh and blood.” By the end of Luzzu, it’s Jesmark who has something to say—he tells the most important story in the film, and perhaps finds a new way to look at old mythologies.