“Without Realizing it, I Made a Movie That Obeyed the Rules of Social Distancing”: Director Jane Schoenbrun | We’re All Going to the World’s Fair 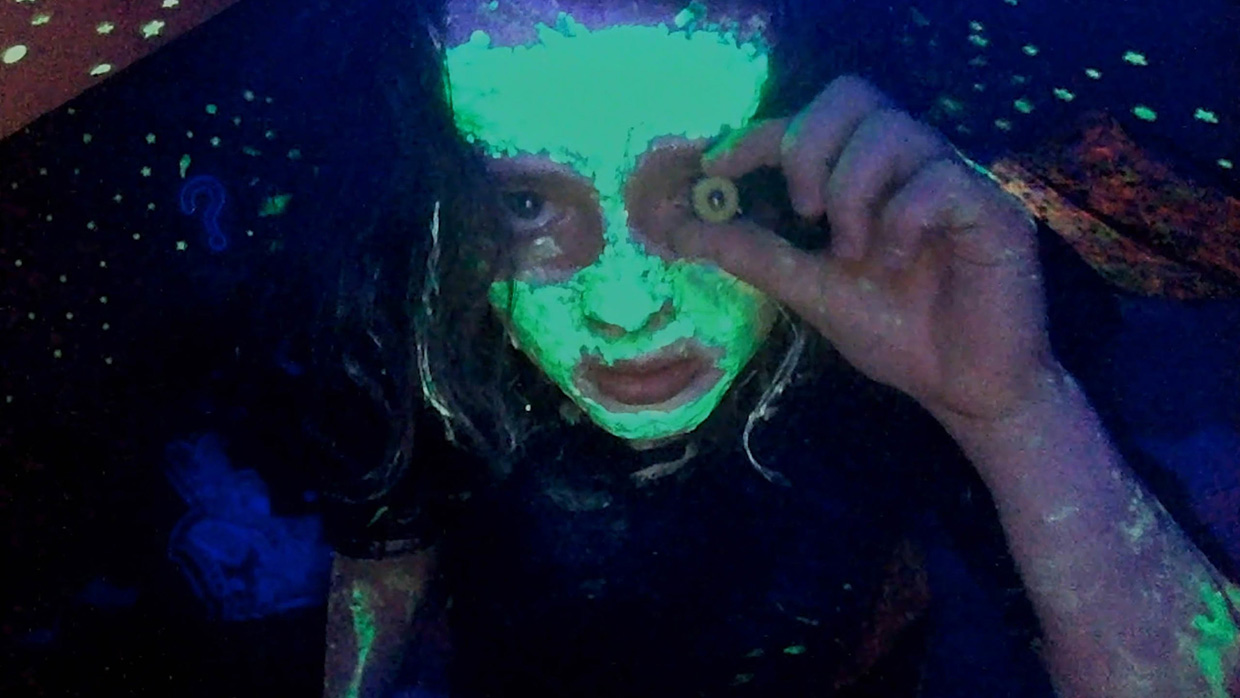 We're All Going to the World's Fair

My film was shot just before the pandemic (wrapped March 1 2020—what luck!), which is a fact that the few people who have seen it so far sometimes find hard to believe. The movie is quite concerned with isolation. It is about characters who never leave the house, whose main form of social connection happens through screens, who exist in a virtual realm that is sort of real and sort of unreal. While writing the script I set a rule that no two characters should ever appear together in the same room. Without realizing it, I made a movie that obeyed the rules of social distancing, before that term was ever part of our common vernacular.

As I settled into the edit and, like all of us, into a year of mandatory isolation, the memory of making a film just before the world shut down became one of my biggest comforts. I think back to cold February mornings eating breakfast with my crew in a tiny kitchen, all of us cramped together over buffet trays, joking and laughing and listening to music, excited for a day of creative work. I think back to one night at 2 a.m., all of us tiptoeing close together through the snow to pull off a 12 minute one-shot at the center of the film. It feels hard to imagine right now ever returning to such a carefree and enriching IRL environment in these times when even a masked, outdoor “hello” feels fraught. So I suppose in an ironic way this film I made about loneliness and isolation has come to signify just the opposite for me. When I watch it now, I’m reminded of better times and happy memories, and the joy of getting to make something together in freedom and collaboration with talented friends.