“It Was Important Always to Keep the Spirit of Dance”: DP Naiti Gámez on Ailey 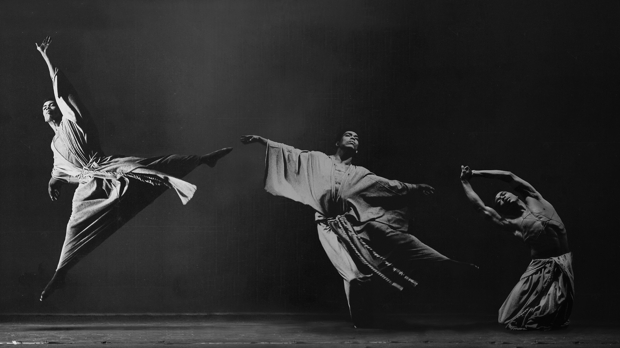 Jamila Wignot’s Ailey explores the life of seminal choreographer Alvin Ailey in poetic manner. With a heartbeat as studied as Ailey’s jazz-dance that made him famous. DP Naiti Gámez tells us about the magic of capturing dance on film, and the ephemerality of shooting with no possibility of retakes.

Gámez: I’m not entirely sure, actually. I don’t remember. ;)

Gámez: It was important always to keep the spirit of dance, and Ailey’s energy, in our approaches to the filming. For the dance rehearsals, we really focused on capturing the nuances of the bodies and the flow of the dancers’ interactions with one another. They are the new generation of Ailey’s legacy, so showing their power as a group, as a movement, was pivotal. For the sit-down interviews, we knew we wanted the sets and subjects to really shine and feel majestic. We wanted their stories to feel elevated and dramatized, yet contextualized within the world of so much archival footage. So, we decided on a look that could bridge the worlds of archival performances, the modern day rehearsals and his friends’ and collaborators’ memories. These sets we created became our imagined, hyper-stylized version of what “backstage” behind an Ailey production would look like: with props, cloths, grip equipment and pieces of the set framing them.

Gámez: Yes, I’m always looking at photographers’ work. And I’ve DPed other projects about artists and dancers, because I love capturing artists’ creative processes. But, our director, Jamila Wignot, really spearheaded the look of this film. She came in with strong and bold stylistic references right out of the gate. She brought Al Malonga (our production designer) and I a few style references from photographers Clayton Cubitt & Awol Erizku. Not to replicate the looks, but to tease out of them what we found so moving about them: approaches to color, bold pairings, textures, etc. And we also referenced the production design from some of Ailey’s staged performances, and then brought all of those elements together to create a look that was specific to the world our characters were inhabiting. We couldn’t have developed such amazing sets without Jamila’s clear vision, and Al’s talent in translating that. We really worked hard to bring some beauty and magic and flare to these interview setups that felt unique and cohesive and still grounded within the story we were trying to tell.

Gámez: Executing the look for these interviews was definitely the biggest challenge. Highly stylized interviews require having lot of set design elements and the space to set them up and light them, which is always a challenge with tight budget constraints.

Gámez: We shot on Canon C300 MKII and the MKIII. The Canon CN-E Cine primes, CN-E 30-105mm zoom & a few L-series lenses for the vérité. We wanted nimble and affordable documentary cameras and lenses that would allow us to film dancers, rehearsals and subjects in any setting and not be encumbered by the process.

Gámez: We chose very simple lighting scenarios for the interviews: a large soft key source and rim light to shape our subjects, and pools of light to let some of the elements fall off to darkness around them.

Gámez: Shooting the vérité dance scenes were very challenging because we were only able to film dancers during their actual rehearsals and not interfere with the process at all. This meant there were no specific dancing for camera set-ups, no redos or retakes, no being able to adjust their movements or angles to play to the camera at all, or help us work with the lighting in the room at the time. And because the rehearsals involved so many dancers, it meant we had to always stay outside of the action, on the periphery, to get our shots, so we were often farther away than we wanted to be.  This, along with the harsh changes of the natural light in the room, was a frustrating challenge. But, such n inspiring one, too, since the dancers were always so amazing to watch and capture. We would roll forever watching them move and create, it was like being under a magic spell. We loved it.

Gámez: Then whole look was locked in during the shoot. We tried to keep our post workflow as straightforward as possible, and just lean on it to help shape and enhance, (and correct) some of the looks (and challenges) we had.