“Every Image is Goodbye”: Cam Archer on Grief, Walks Home and His MoMA-Premiering Short, His Image 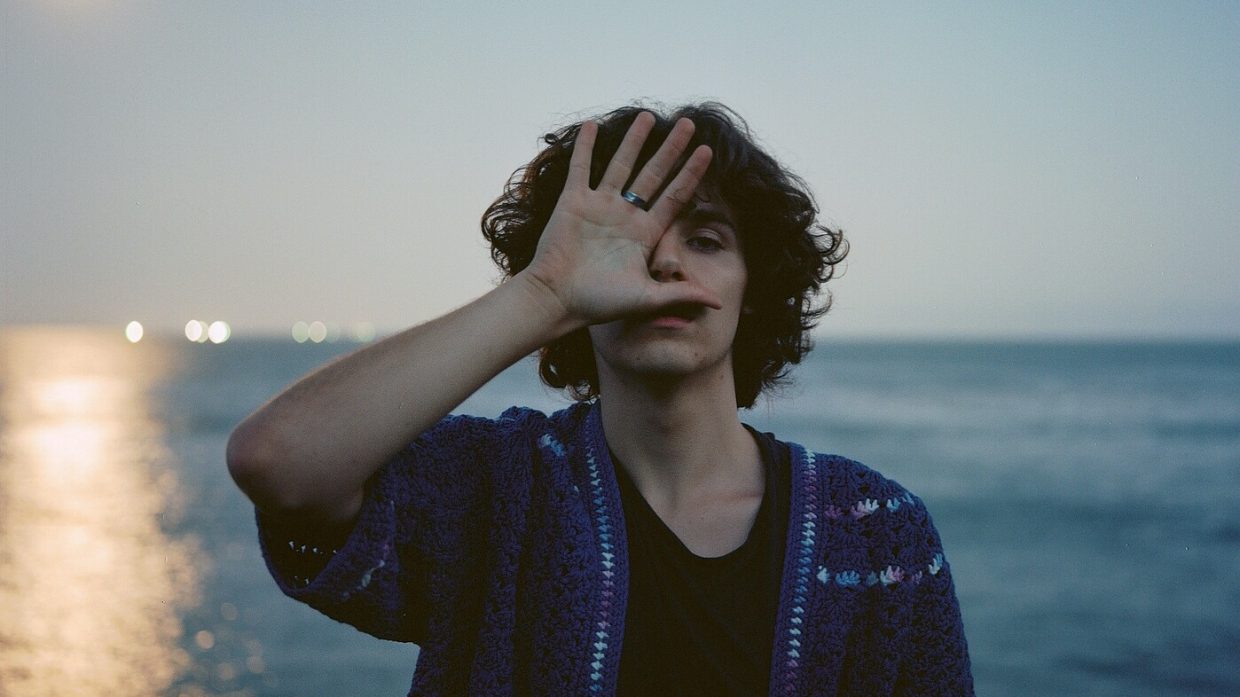 by Scott Macaulay
in Directors, Interviews
on Apr 2, 2021

“Dreamy visuals of teenhood — cool hair, telephones, starkly lit bedrooms, troubled outsiders — are laid over structured soundtracks that blend distinctive background ambiences with catchy songs,” is how Mike Plante described the early short films of Cam Archer for Filmmaker in 2006. The occasion was the release of Archer’s first feature, Wild Tigers I Have Known, which joined an emerging body of work that Plante called “art films for teens.” But when we next caught up with Archer, it was just after the Cannes Directors Fortnight premiere of his second feature, Shit Year, starring Ellen Barkin, and his focus had shifted. The story of a retiring actress staving off regret and sadness, the film recalled for me corrosive Hollywood portraits such as Play It as it Lays and Inland Empire while for Archer it spoke to his own evolving feelings about filmmaking and the creative process.

I went back to that 2010 conversation when conducting the below email interview with Archer about his latest film, His Image, which is receiving its world premiere now via MoMA’s Virtual Cinema program. Lovely and discursive, it marries the youth focus of Archer’s earlier work with the kind of existential questioning found in Shit Year — this time, in a more personally revealing, directly autobiographical vein. Over beautifully composed 4:3 images of dark-haired youth Benjamin Thompson, Archer lays a voiceover comprised of his own casually searching meditation on inspiration, filmmaking and the creative process. Thompson was reading Alice Walker when the two first met, Archer relays, and “his image reminded me that people could still be interesting.” There are other images here too — shots of Archer’s Northern California landscape and then a couple of pieces of archival that directly tie in the short’s other major theme — the recent passing of Archer’s father.

His Image streams for MoMA members through April 6. Below, I talk to Archer about walks home, processing grief through filmmaking, and the influence of monologuist Spalding Gray on the work.

Filmmaker: The last time I spoke to you, for the premiere of  Shit Year, you answered my first questions about the origins of the film by speaking of where you were creatively. You said, “I started to feel disenchanted by the creative process. I started thinking, what would it be like if I stopped making art? How would that affect my identity? Would I now mean something else? Do I define my work, or does my work define me? Could I exist without it?” It feels, certainly, that these questions are still with you after watching His Image. So let me ask that previous question again — about the origins of the piece — and if you’d answer these questions now, ten years later, any differently?

Archer: I love that I probably thought at the time that I was the first artist in crisis, like ever. Or that people needed to listen to me talk about that crisis. Of course, I do still ask myself versions of those questions. But these days I think I’m calmer about not having answers. By now, I do accept that, yes, I’m less of a person when I’m not making art. I don’t know why I didn’t just say at the time that Shit Year was a response to someone who had hurt my feelings, and I guess a response to the world, which had also hurt my feelings. I love what Ellen Barkin delivers in that film. The older I get, the more I appreciate and admire her performance, and what she gave to me. It’s a shame you can’t admire something as much as you should when it’s happening right in front of you. That crisis. She and I are talking about working together again soon. I hope it happens. But to answer your question this time around, His Image ultimately came from needing a project so I could stop thinking so much about the death of my father. But then it became, perhaps inevitably, a project about the death of my father. 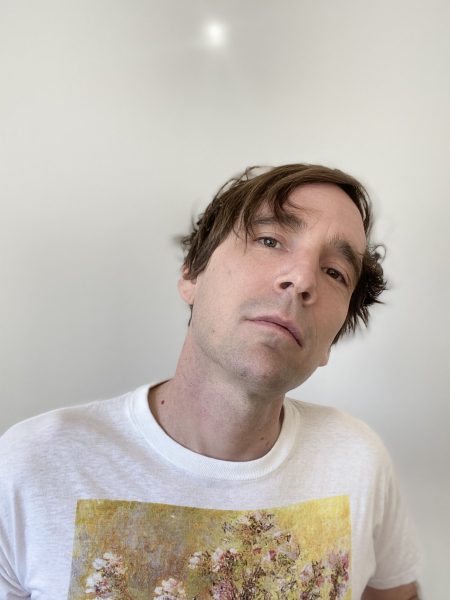 Filmmaker: So, as a follow-up, how did a film about grief, and missing your father, manifest itself in this study of this particular teenager?

Archer: Well, Ben’s in his twenties, but good question. The thing about my grief was that I found it everywhere and in everything. For the longest, every moment of my day was a thing I could or wanted to connect to my father, his loss. I remember thinking every bird I saw meant something, like they all had to do with him. Can you stand it? Do you know how many birds are out there? I was stuck in a sick window. And I mostly kept it to myself. The window was less sick around Ben, especially when I saw him through my camera. My father was dead but Ben was beautiful. Together, the thoughts became more tolerable. Does that make sense? I remember shooting footage for His Image with a friend, this was before I started working just with Ben, and after a shot, I said to the friend: “Every image is goodbye.” The friend looked at me funny, and just said back: “Are you okay?” I wasn’t. But I thought everybody knew that.

Filmmaker: What was the process of making this film in terms of the length of time you spent shooting it? The voiceover talks about various notes you had written down, and I’m wondering how exploratory a process this was when it comes to finding the subject, the form of the film, the rhythm, etc.

Archer: The footage in the film was shot on a Bolex over the summer of 2019, and at the time it was meant to be part of something else, a mostly fictional film about “walking home.” I really thought I had something to say about walking home. But then, after spending a long time with the footage, really hanging out with it, I realized it didn’t make me think about walking home at all. So I explored what else was possible. And I stopped looking for fiction. I set the footage to some very sad music and I watched it on a loop, writing down whatever came to mind. I wrote about the images and how they happened. And I tried not to be only serious when I wrote. Silliness can be a gift, but you can’t force it. I knew that if I kept writing, it would lead to something, maybe narration. It took a year to get to the narration that exists in the film, currently. I originally recorded myself narrating as a test. I imagined, eventually, that I would have an actor take over, and replace my voice with something more dynamic, while at the same time providing me with some much needed distance from my careful order of words. But then I started sending a cut around with my voice, just to a few friends, and the responses were encouraging. So I kept my voice in. I do still wonder what it would all sound like recorded by someone else. Or if I need less encouraging friends.

Filmmaker:. Tell me more about the voiceover, and particularly the specificity which it seems to deal with your own questions and feelings and concerns. There’s a sort of purely image-driven version of the film with minimal voiceover, especially given the beautiful framing of the shots, but the v.o. transforms our feeling of watching those images.

Archer: I so love Spalding Gray. Talk about calibrated. I think I sometimes talk differently because of him, and not just in the film. So he’s been an influence. His speed is something to envy. He never lets a feeling sit for long. I try to do that in the short. And I try to remember to laugh at myself, but then also not sit too long with that laughter. None of the images in the film are funny, are they? I need to get better at making my camera laugh.

Filmmaker: It’s been just over a decade since Shit Year, and I remember writing about a crime doc that at one point you were going to do next. Tell us what you’ve been doing the last 11 years in terms of projects. How would you compare today’s independent film world versus the one of a decade ago in terms of the work you want to do? And how has the pandemic affected your creative goals going forward?

Archer: Oh, the crime doc. I think that was a cry for help. I’m always writing, so there’s always been that. And I made a few shorts over the years that are similar to His Image, but never really sent them around. I have little sense of what the independent film world is like these days. I remember, 15 years ago, being encouraged by industry types not to make my first feature “gay.” I didn’t listen. I wonder if things like that have changed. I’ve been told recently that I need to think more about how to make my projects seem marketable. Is that something the new world of independent film expects? I have no idea. I do have a new feature that’s starting to come together, a comedy about a cartoonist in crisis who wants to quit everything. You could say I write a lot about quitting. Anyway, it’s called Funny Pages and it’s set to star comedian Whitney Cummings. I’ll be astonished if and when it happens. But a lot of things astonish me, like flowers. These days, I think it’s good not to be in a rush with any project. I think I knew that before COVID. But I rushed through so many projects in my 20s. This pandemic, in addition to always writing, I’ve been taking new, high-definition scans of old projects, like shorts and music videos, and creating significantly different edits from the material. I can’t help but see things differently as I reassemble. Are filmmakers supposed to be loyal to their original edits? Or is it okay, say 18 years later, for a project to find a new shape? New edits. Is that marketable? From the filmmaker who’s astonished by flowers…