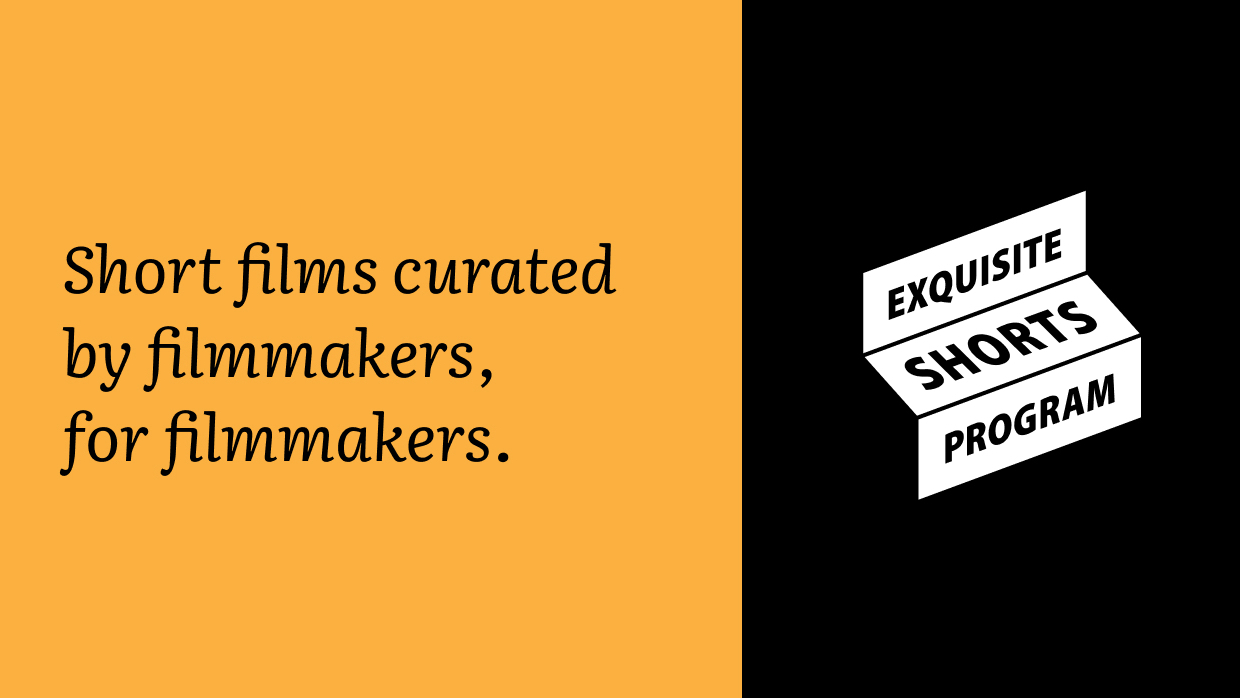 Last year, Canadian filmmaker Sophy Romvari (who’s previously written for Filmmaker) launched the concept and a campaign for a new online short film platform. The Exquisite Shorts Program is designed to create a new model for short film exhibition. After a development period, the website and submissions are now live and ready to receive short films. Every film that screens in the program will be selected from submissions made through the website. The first short film will be selected by acclaimed Lingua Franca filmmaker, Isabel Sandoval. Here’s a refresher on how the program works:

Filmmaker 1 → Picks a short film from a pool of submissions that they love, that inspired them, or that they feel could use a platform. The filmmaker making the selection will record a video introduction that will play prior to their selected film, which will detail the reasons behind their choice.

Filmmaker 2 → They are the filmmaker that was selected by filmmaker 1! They repeat the same as above, and select the next film in the program.

Filmmakers are eligible to submit work from any year, regardless of premiere status, making The Exquisite Shorts Program a potential home for hidden gems, new and old. “As a filmmaker myself, I’ve spoken to many of my peers about what is currently lacking in the film industry” Romvari writes. “The issues we discuss are particularly felt by short filmmakers, who often struggle to find their place in the industry at large. The Exquisite Shorts Program seeks to provide an alternative for the online exhibition for short films, acknowledge the importance of screening fees, as well as the need for community among artists.” Click here to learn more.