“… the Convergence of Many Different Narratives Clashing All at Once”: Dan Chen on his Tribeca-Debuting High School and College Admissions Doc, Accepted 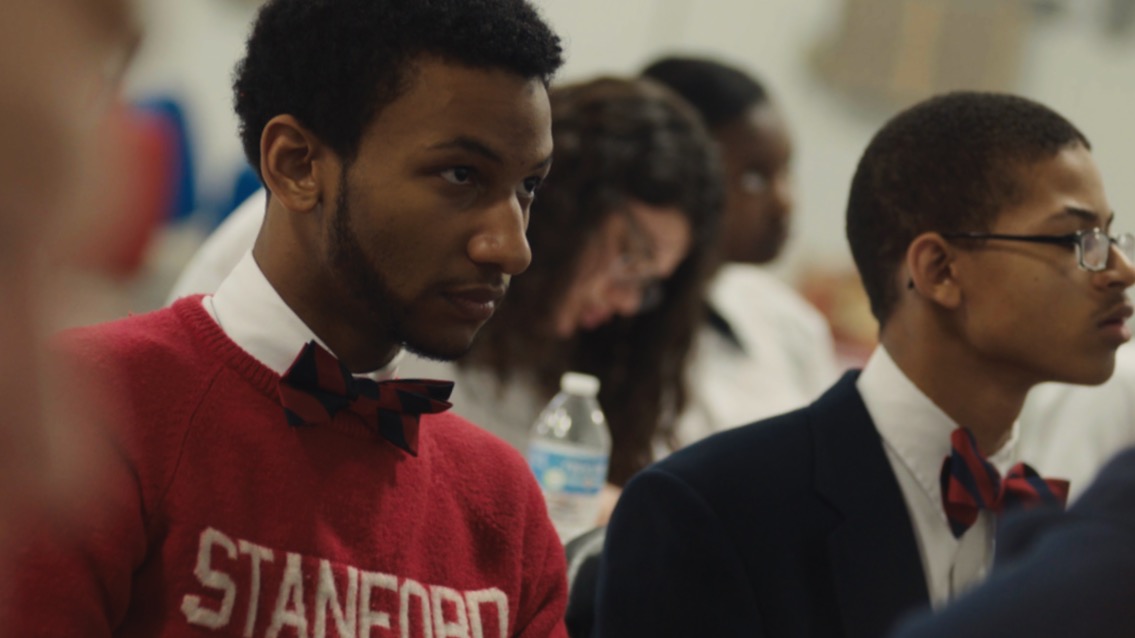 Filmmaker Dan Chen planned to make an inspiring doc about a group of high-achieving students attending a most unconventional school in rural Louisiana, one that had a 100 percent college acceptance rate and sent its BIPOC kids to the likes of Harvard, Yale and Stanford. Well, so much for best laid plans. Unfortunately, right in the midst of production, the Ivy League dreams of Alicia, Adia, Isaac and Cathy, along with the rest of their classmates who were already under immense pressure from the unrelenting boot camp tactics of the school’s founder Mike Landry, morphed into a slow-motion nightmare. Even more surprising, the cause of the disruption came from another elite bastion, the New York Times, which broke the story of TM Landry Prep School’s less-than-kosher tactics for prying open the door to the ivory tower.

But instead of calling it quits Chen did something equally unexpected – dug in deeper. While continuing to follow the TM Landry seniors in the aftermath of the scandal, he simultaneously turned his lens to the higher education system itself, one that’s long allowed/expected wealthy white folks to buy and bribe their way into the Ivies. He also dug into his own role in buying into a flawed narrative. Which in turn forced the director to reexamine both his initial footage and his very own assumptions.

Fortunately for Filmmaker, the Tribeca alum found time to fill us in on the exceptional teens he spent time with, as well as the rigging of a rigged system, the week before the world premiere of Accepted in TFF’s Viewpoints section. The film is currently available on Tribeca’s virtual platform.

Filmmaker: The Landrys were certainly not media shy, and I guess since they never thought they did anything wrong — What is wrongdoing within an already corrupt system? — they felt they had nothing to hide. Still, letting a documentary crew film for an entire school year seems like a bit of a risk. So why do you think they agreed to participate in the project? And what ground rules did they set?

Chen: When we first pitched the possibility of doing a documentary it was a very open request. We’d visit for a week, and they may not like us, or we may not think there’s a story to track, and that could be the end of it. The Landrys also had seen our previous work and understood that we wanted to tell a grounded story about the school and the students: what they’re grappling with, what their hopes are, and what it takes to get accepted in this country. So I think there was an overlap in our interests. They had a fair amount of media attention already and were interested in getting their story out there.

They didn’t mention any ground rules that I can remember. After the first week we had a handshake agreement that there was a story here we all wanted to tell, that there were students we had met that we wanted to track along their journey to college acceptance.

As the shoot went on, and the Landrys realized we were interested in embedding ourselves in the school for an entire year, I got a sense that they didn’t necessarily want us around as much. I’m generalizing, but there was an air of “Why are you still filming? Why do you keep asking questions?” As for the students we followed, we wanted to track their emotional journey through the year. That created a dynamic where sometimes we’d ask questions that the students didn’t want to answer because there were things about the school they weren’t supposed to tell us. Each trip became more and more strained until we learned that there was more to this story than what we were being told.

Filmmaker: You followed around 10 students throughout the year but “cast” only a handful as your main characters. How did you decide who (and who not) to focus on in the final cut?

Chen: I feel like we filmed enough material for a limited series, and actually the project was first conceived as a series. There were around 10 students we followed on and off throughout the year, and close to 40 interviews with various parents, teachers, and members of the community. There are many shades and nuances in this story that I wanted to explore, and it felt right to gather as many perspectives as possible. I believe doing that work helped us to see the story from all sides.

In the end we decided that the structure of this story worked best as a single feature documentary, and that we would experience the story as one school year lived by these students. Once we made that choice and started focusing more on verité scenes, suddenly cutting to talking head interviews of people we weren’t following felt jarring. And in the space of one feature film we could only follow so many characters emotionally before it started to feel hard to track them. It was honestly distressing to lose some of the stories of people we had met, followed, shared meals with over the course of one insane year. But in the end I think we zeroed in on four students who have vastly different personalities, very different perspectives, and who nonetheless were united by this shared experience.

Filmmaker: Obviously a wrench was thrown into the story you intended to follow once the New York Times expose on the school ran, which caused you to have to reassess all that you’d shot. Had you seen anything before the scandal broke, though, that gave you pause, that made you wonder at the time if perhaps you were being played?

Chen: After our first week-long trip to the school my producers and I were conferring about all the footage we had taken that week, and were kind of in awe of how much material there was. But on some level, looking back, I have to think that a fair amount of it was playing up for the camera. Not in a way that feels cheesy or unnatural even – more like the way you’d schedule interesting activities if your out-of-town friends come to visit you. You may not go to the museum, or go hiking, or hit up a concert every day, but it’s not like you’re totally faking your life either. You’re presenting the best version of your life.

The Landrys and the students were all very aware of the media – and we were media, albeit filmmakers rather than newspeople or journalists. So I believe we only saw one version of the school, and that the New York Times article, through investigative journalism, revealed aspects of the school that were never seen by us while we were there. In editing our film we chose to include small moments of ourselves as filmmakers chasing the story, being fallible, making mistakes, because we wanted to acknowledge, hey, we’re media. We missed things. We changed the dynamic with our presence. We’re human beings. There’s no such thing as perfect objectivity, and that’s why this story is so multifaceted. It was the convergence of many different narratives clashing all at once.

Filmmaker: In concrete terms, how did the scandal affect actual production? Notably, your access to Landry was cut off, but what decisions were made with regards to the direction the film would now take? What would Accepted look like had the Times story never run?

Chen: We learned some of what was ultimately outlined in the Times article before it was published — some members of the community reached out on one of our trips and told us what they knew. When that happened we offered to help however we could outside the project, but decided to stop filming for the time being. The project we had been making felt like a lie, and we weren’t equipped for or interested in investigative journalism either. We knew that the Times would do a more thorough and in-depth reporting of the facts. So we put the project on ice and put the hard drives on a shelf.

After the article was published the community went through an understandable seismic shift. Many of the people we had met while filming were going through a rough time. I thought about the students we had followed and wondered how they were doing in the wake of all this. During what was already the craziest school year of your life, the New York Times happens to write a national news story that makes you question everything you knew and throws your academic future in jeopardy. How do you deal with that? Why do you have to deal with that? How do you forge a way towards your future? That felt like a story worth finishing. So we checked in with them, gauged their interest, and started filming again. In the end, we returned to the framework we had at the beginning – seeing the school year through the students’ eyes.

Filmmaker: So have all the participants seen the final film? What have been the reactions?

Chen: We showed the film to the students over Zoom. Honestly, their reactions are as diverse as they each are as individuals, and I respect that. Most of them appreciate having this intense senior year documented, while I think everyone involved has some reservations about these events and moments being seen and interpreted by the public. Their experience was seen through so many different narratives – from the Landrys’, from the community’s, from the news media, and from this documentary, where we aspired to show it through their eyes. But ultimately their stories are their own. I hope the film illustrates that they have strong voices, and essential ones too.