“By Reconnecting Us to Our Humanity, I Believe Nostalgia Could Be the Very Thing That Saves Us”: Jenni Olson on Receiving the 35th Special Teddy Award 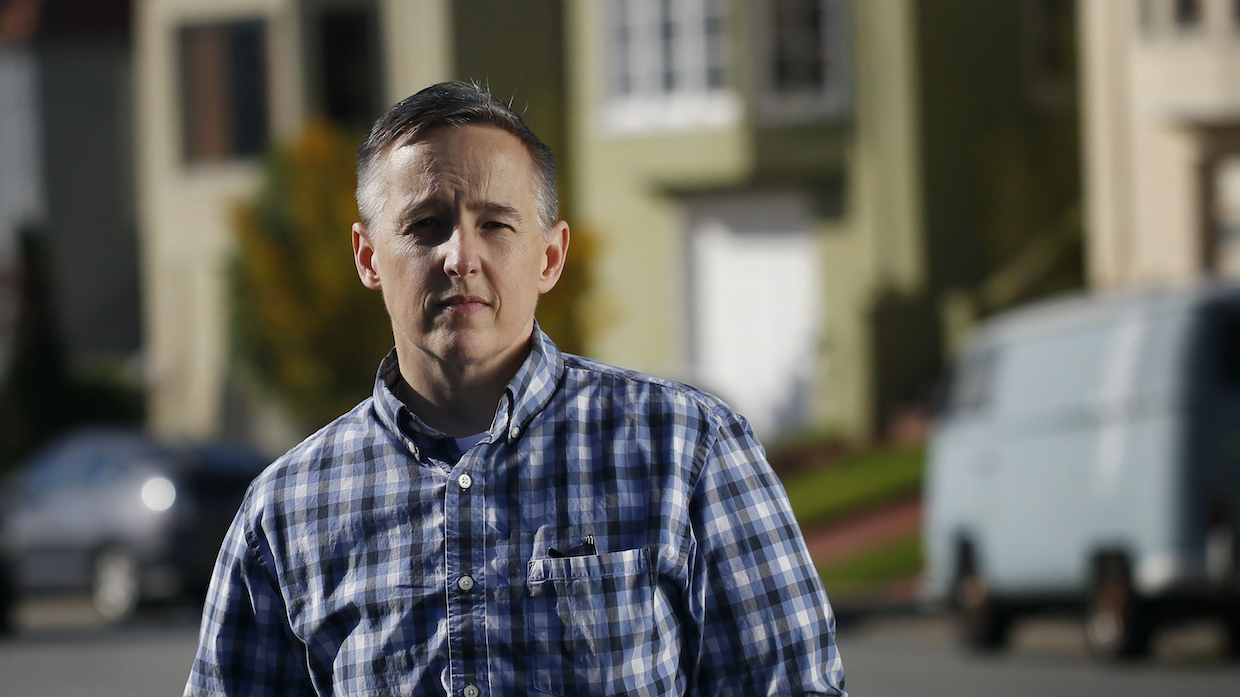 by Sally McGee
in Directors, Festivals & Events, Interviews
on Jun 17, 2021

Filmmaker, curator, author and LGBT film historian Jenni Olson will be receiving the 35th special Teddy Award at the 71st Berlinale on Friday, June 18. An award dedicated to outstanding work in queer filmmaking that improves the social and political condition of the LGBT community, Olson will be joining past recipients such as Tilda Swinton and Cheryl Dunye in holding the honor. Known for her stylistically unique 16 millimeter films depicting urban landscapes with voiceover essays, Olson is responsible for The Blue Diary, which premiered at the Berlinale in 1998, and whose The Joy of Life (2005), and The Royal Road (2015) both premiered at Sundance Film Festival. Olson has also dedicated her career to cultivating resources for queer film and cinema by authoring works about older marginalized LGBT film, and creating resources to aid in accessing them.

Filmmaker: How are you feeling about being a recipient of the special Teddy Award?

Olson: Thinking back to when I was in college and in my twenties and started my little gay film series on campus at the University of Minnesota, I never would have imagined I would grow up to be honored by one of the biggest international film festivals in the world. It’s really an honor, we’re very grateful.

Filmmaker: What does the Teddy Award mean to your younger self?

Olson: It is interesting to think back about how much I struggled and thought badly about myself, which in some ways is about being queer, butch and just different. In other ways, it’s being a woman—in other words, it’s just about being human. We tend to be so hard on ourselves and it’s so sad. I wish I had felt better about myself at the time and had a sense of like, “I’m awesome. Look at this, look at what I’m doing. I’m being courageous and following my heart and my passion and I am doing important work and meaningful work, and I am a good person.”

Filmmaker: Amongst younger individuals, there has been an explosion of coming out after not having to perform gender in quarantine. Work such as yours has provided a haven to a lot of younger queer folk. What would you want to share with younger queer people consuming works such as yours?

Olson: For myself, engaging with film culture always made so much of a difference to let me feel better about myself, [and] see myself on-screen, or other queer people on-screen, in different ways. Then, of course, connecting with people in such an interesting time: I am evangelical about the importance of LGBT film festivals, and what it means to go to a film festival and sit in a dark room with a bunch of queers, look at the screen and be together, connect, have something to talk about and cruise the popcorn line, to engage with culture. I’m so excited to get to go to film festivals again, especially queer film festivals. We are so lucky to have them in every major city and smaller cities and colleges. It’s been such a lifeline to be able to watch film online in different ways, film festivals, but especially the curriculum festivals handed to us.

Olson: I would encourage people to check out this Facebook group called PQ Professionals. It’s a networking group for filmmakers, distributors, programmers, journalists, everybody in the queer film ecosystem. That grew out of my thing I did in the 90s, Popcorn Q, which was part of PlanetOut.com, the first big gay website. I was attempting to bring people together. I also try to shout out or signal boost or point people to other resources, and that is part of what I have done through my career.

Filmmaker: How do you stay in touch with your roots and what grounds you as a queer filmmaker and curator?

Olson: Two things come to mind. One is, I feel like I’m always foregrounding, or am always aware of the importance of, vulnerability in my work and in my life as a person. Leading with vulnerability is just inherently authentic. It’s odd how simple that is, that’s being alive. I’m interested in the analog versus the digital. I have a whole philosophy about shooting on film and that film is something that actually exists in my little canon. When we’re online so much of the time, it’s like I’m not physically present and it just doesn’t feel healthy. So, the analog, physical, the 16 mm film, reminding myself of my own vulnerability, is just this healthy thing, and engaging with these things in a way that is artistic and thoughtful as art. It’s very moving that viewers give me feedback, saying that my work was meaningful to them and to their own feelings especially.

I’m also really interested in nostalgia. There’s a line in The Royal Road where I say, “By reconnecting us to our humanity, I believe nostalgia could be the very thing that saves us.” I am working on my next film, called A Quiet World, which is just the idea that there’s some kind of lost wisdom in the past that we would benefit from reconnecting with. That is very related to digital and what we’re losing.