The COVID Challenge: Arthouses Adjust to a Reconfigured Landscape 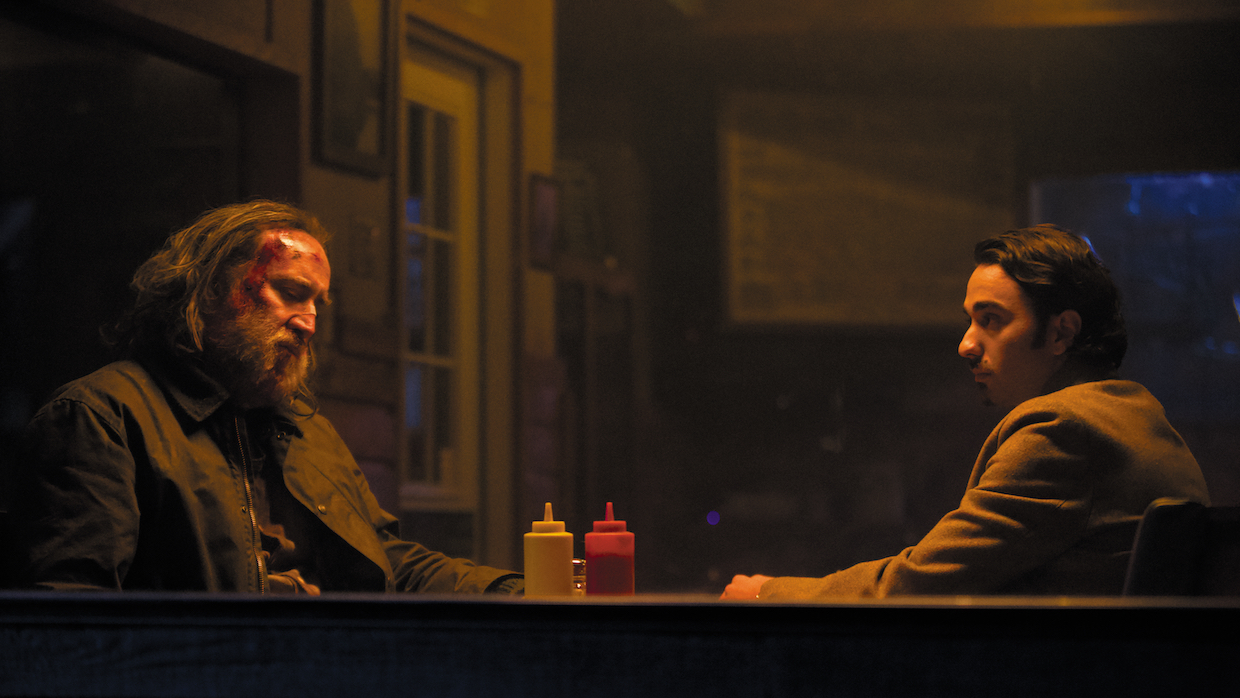 Nicolas Cage and Alex Wolff in Pig (courtesy of NEON)

In the Heights, Black Widow, Respect and Candyman—not typical indie-film fare, but because of the pressures of the ongoing pandemic on theatrical moviegoing, these are just some of the films arthouses have booked over the past several months. Granted, the supply of new available films was massively down, and theaters have been desperate to get audiences back into seats, but COVID-related shifts in arthouse exhibition have been significant, myriad and potentially long-lasting. And none of it is good for indie filmmakers. For example, here’s something you probably don’t want to hear from your neighborhood indie venue: “We’re seriously considering playing No Time to Die, which we would never have done before,” says one executive director.

Many theaters have not survived at all. In the past six months, about 300 cinemas owned by Pacific Theatres and ArcLight were closed down permanently, while Cinemark also shuttered many venues, including a number of its indie-friendly CineArts locations.Thanks to the U.S. government’s $16 billion Shuttered Venue Operators grant, more than 1,400 indie cinemas were thrown a lifeline. (“Fuck, if it didn’t happen,” says one program director—“it was huge.”) But the aid is temporary, of course, so theaters are being forced to adapt—and in ways that could potentially hurt smaller films.

“Our ethos is the same,” says Greg Laemmle, president of the family-owned, L.A.-based Laemmle Theatres chain, “but that ethos is also driven by the reality that we need to keep the doors open. So, playing the better commercial films is going to help do that.” Laemmle admits that this could hurt indie titles, “because once you commit to opening something bigger, it may kick something else out.”

Alamo Drafthouse founder Tim League also concedes that they’ve been “playing it safe” by “leaning harder into the commercial space.” While the chain screened a few indie films that played well—including Pig and Roadrunner: A Film About Anthony Bourdain—he admits, “We’re under a lot of pressure to perform.”

Such stressors—and the general shift across the board to shorter release windows—have created a theatrical landscape of truncated releases. Slow rollouts, word-of-mouth buzz-building and sleeper hits are increasingly rare. As Balcony Booking’s Connie White says, “Two weeks is the new four weeks.” White, who books for around 25 arthouses across the country, says, “We have to move films in and out quicker—which might make room for more films, but now, all of a sudden, we have to rethink every film on Monday.”

Rebecca Fons, the new director of at Chicago’s Gene Siskel Film Center, says after encouraging first-weekend sales of Leos Carax’s Cannes best-director winner Annette, “the crowds dry up. The folks who want to see it on the big screen all come out and see it right away, and everybody else stays home.” (The film received a two-week theatrical window before becoming available on Amazon Prime.)

This summer’s release of The Green Knight notably overperformed, persisting on some theaters’ screens for more than four weeks, but that pales in comparison to 2019’s Parasite, which Fons booked at an indie theater in Iowa City for 12 concurrent weeks. For what theaters call a success nowadays, “the goalposts have moved and keep moving.” Adds Fons: “They aren’t even on the field anymore.”

To adjust to the current marketplace, Deirdre Haj, executive director of the popular arthouse Film Streams in Omaha, Nebraska, suggests runs may be even shorter. “Maybe a film doesn’t play for one or two weeks, but like a festival model,” she says. “Maybe we bring in a filmmaker for one night.”

Because new independent releases don’t last long theatrically, many arthouses have relied more on repertory programming and classic films—what the Belcourt Theatre’s Toby Leonard likens to “comfort food,” he says, “because we all need some comfort right now.” Whether it’s a Fellini retrospective or a repertory showing of Robert Townsend’s Hollywood Shuffle, “on a per-screening basis, it’s still by and large the best thing going,” he says.

Likewise, at Brookline’s Coolidge Corner Theater, programming manager Mark Anastasio went from one to two primetime spots for repertory programming each week to three or more “to keep revenue coming in,” he says. Anastasio points to a screening of Akira Kurosawa’s Seven Samurai that sold to a capacity crowd, around 450 people. With concessions, the single-night screening brought in an estimated $6,000 for the theater. “Let’s do more of that,” he says.

And while one might expect a 67-year-old Japanese-language movie to cater to traditionally older arthouse moviegoers, Coolidge booker Connie White notes that the film’s audience was a lot of male viewers under 30, which is currently more typical than their pre-pandemic demographic.

Younger audiences going to arthouses would seem to bode well for the future—and helped fuel the decent successes this summer of Pig and Zola—but arthouse owners remain concerned about getting older audiences back. “They’re nervous and the least likely to return,” says Greg Laemmle. “And that’s impacting our decisions and distributors’ decisions, and that’s going to affect certain locations, and if those audiences don’t come back, those locations won’t be viable.”

In the past, print ads and newsletters might alert older audiences to the next arthouse must-see, but now it’s difficult to reconnect with them, according to Laemmle. “One of the primary ways we engaged with them was the regularity they went to the movies. They’d pick up flyers, see trailers,” he says. “But that’s not happening as much anymore.”

Chris Collier, executive director of nonprofit Renew Theaters, which operates four Pennsylvania/New Jersey indie theaters, is also worried about other demographics, such as empty-nesters and especially parents with young children. “That audience has spent the last year enmeshed in streaming and may have a lot of these platforms and don’t have the same rush to get out to the movies,” he says.

Over the past year, arthouses and specialty distributors have banded together to create their own streaming platforms and deliver indies at home through “Virtual Cinema” programs. This seemed like a good idea, particularly during the darker days of the pandemic, when online events yielded donations to theaters from local fans and gave the press something to write about. “The word on the street was that it was a disaster, but it was a lifeline and did engage audiences,” says Connie White. “I’m not ready to close the door on virtual, but I don’t think it’s a crucial part of the model.” One scenario is that theaters will continue to operate a “virtual cinema” like an extra “move-over” screen. After an initial one- or two-week-long theatrical run, for example, a film gets pushed to a virtual screen.

But to do virtual cinema right as theaters reopen will take a lot of work, relentless marketing and staffers to run, promote and operate the platform—things a lot of arthouse theaters are sorely lacking these days. Matthew Curtis, longtime programming director of the one-screen Enzian Theater outside Orlando, says the venue could have been operating at full capacity, but it’s a “nightmare to hire people in the service industry right now,” he says.

Such current staffing shortages could hurt U.S. indies specifically. “Without the comfort of a repertory title or the escapism of a superhero movie, these movies require extra work to get butts in seats,” says Rebecca Fons. “Programming and marketing staff at the cinema have to push for local reviews, make social media noise, organize filmmaker Q&As. And many, many arthouses have smaller staffs now, who are banging every single drum they can find to get tickets sold.”

Of course, as the Drafthouse’s League notes, “Pandemic aside, it’s always been difficult for [American independent films] to rise above the noise and get people to be even aware of them. That’s not a COVID challenge,” he continues, “but I think COVID has exacerbated that challenge.”

While no one can foresee whether all the changes that have arisen during the pandemic will continue, no more than they can predict future iterations of the COVID-19 virus, theater owners and programmers acknowledge that the future won’t be the same as it was before. “We may never get back to normal,” says the Enzian’s Curtis, “but I think we can get damn close.”