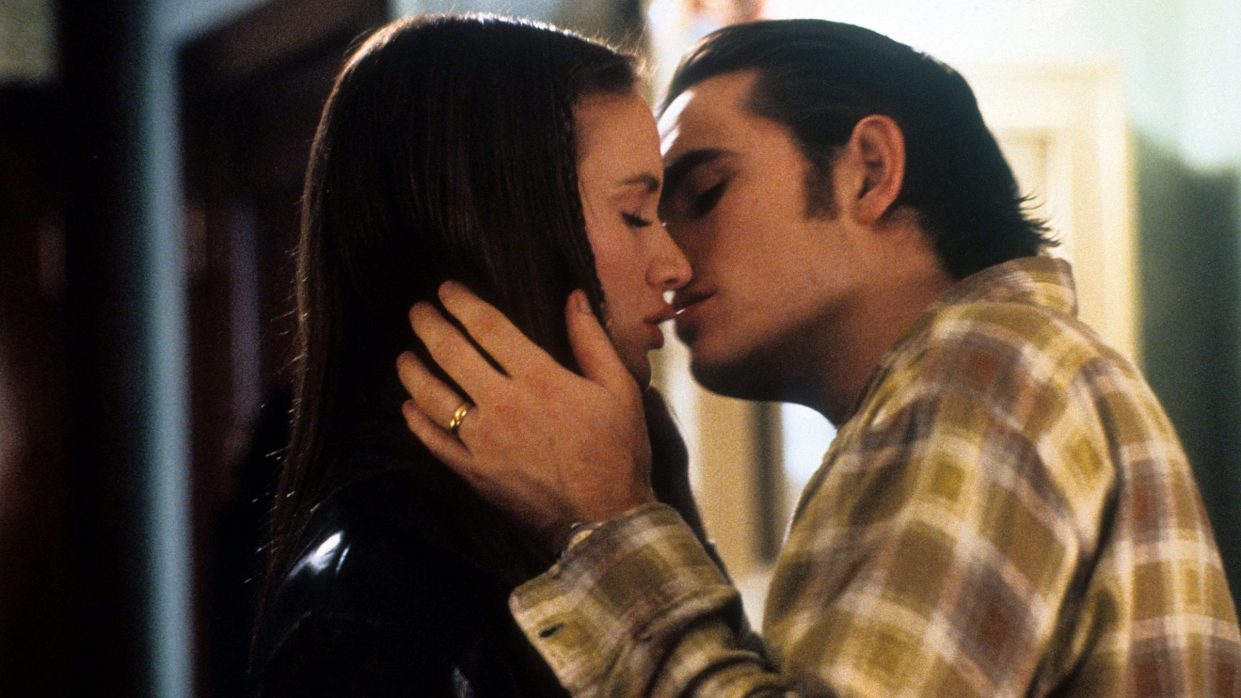 Gus Van Sant’s 1989 masterpiece Drugstore Cowboy is one of the seminal films of its era, a movie both timeless and completely of its time; like the 1940s noir pictures it echoes and expands upon, it’s a weary reaction to its moment (in this case the age of Reagan and the first Bush) that taps into enduring truths about marginalized and desperate people yet does so with surprising humor and vitality. Matt Dillon gives one of the best performances of his career as the title character, an addict who feeds his habit not by buying or stealing drugs on the street but by knocking over pharmacies with an efficient but not particularly bright crew of fellow junkies that includes his wife (Kelly Lynch) and a protégé and his young girlfriend (James Le Gros and Heather Graham). As the four protagonists engage in heists of varying success while being pursued by a dogged investigator (James Remar), Van Sant finds a unique balance between realism and expressionism (alternating naturalistic drama with hallucinatory drug-induced flights of fancy) and creates a film both disciplined (with its precise compositions and elegant camera moves) and freewheeling (thanks to an episodic structure and seemingly improvisatory acting style). A jaded cinematic cry of disillusionment set in 1971, like all great period films Drugstore Cowboy speaks equally effectively to three different time periods: the time in which it takes place, the time in which it was made, and whatever time in which you happen to be watching it; it also occupies a unique moment in film history as a throwback not only to 1940s film noir (with its monochromatic color palette, swift pacing and sociological resonance) but the golden age of the 70s that yielded similar films like Who’ll Stop the Rain and Badlands. Drugstore Cowboy serves as a bridge between those films and the independent film boom of the 90s that Hal Hartley’s The Unbelievable Truth, and Steven Soderbergh’s sex, lies and videotape kicked off in 1989. The film is available on Blu-ray for the first time from Imprint with an array of new and vintage extra features, including a candid making-of documentary, a commentary by Van Sant and Dillon, and an incisive visual essay by Chris O’Neill that breaks down the movie’s style, themes, and context in the history of American independent film.

One of Drugstore Cowboy’s finest aesthetic antecedents, the 1978 crime drama Straight Time, is also new to Blu-ray via the Warner Archive label. Adapted from ex-convict Eddie Bunker’s novel No Beast So Fierce by a parade of noteworthy screenwriters including Alvin Sargent, Jeffrey Boam, and an uncredited Michael Mann, Straight Time is an exceptionally tense and tragic character study of a parolee (Dustin Hoffman) whose genuine efforts to leave his criminal past behind him are cruelly thwarted by a petty and abusive probation officer (M. Emmett Walsh). Watching Hoffman’s character struggle against the forces stacked against him even as he falls in love with a sympathetic and devoted young woman from the “straight” life (Theresa Russell) is so agonizing that the movie is hard to watch at times, but it’s also riveting from beginning to end thanks not only to the steadily increasing tension but also to a gallery of spectacular supporting players cast by Hoffman when he planned to direct the film. Kathy Bates, Gary Busey, Harry Dean Stanton and Bunker himself (who would return to acting for Quentin Tarantino in the Straight Time-influenced Reservoir Dogs) each create characters so fully realized that one imagines entire features that could be made about them, while Hoffman gives one of the best performances of his career as a ball of nervous energy trying – and failing – to keep it together. Director Ulu Grosbard (who took over helming duties a week into shooting after Hoffman fired himself as director) and cinematographer Owen Roizman apply an unadorned visual style to the material in which every composition and cut serves the performances, letting scenes play out with a minimum of manipulation in a manner that sucks the viewer in all the more intensely. Hoffman spent years researching the project, spending time with Bunker and other criminals in an effort to get inside their heads and replicate their physicality, and his rigor was clearly contagious – his fellow performers as well as his behind the camera collaborators (particularly production designer Stephen Grimes) all exhibit an attention to detail that makes Straight Time a classic of its type. The Warner Archive Blu-ray includes an audio commentary by Hoffman and Grosbard that’s filled with great insights into the movie’s history and techniques.

Straight Time marked Kathy Bates’ screen debut (not counting a brief appearance in Milos Forman’s Taking Off, where she was credited as “Bobo” Bates), but the movie that made her a star 12 years later, Misery, is also available in a new home video edition – a pristine 4K UHD upgrade from Kino Lorber. Essentially a two-hander between James Caan as an incapacitated novelist and Bates as his psychotic “number one fan,” Misery is a supremely crafted exercise in suspense that gets a lot of added kick from the personal investment of everyone involved, starting with the author of the film’s source material, Stephen King. The story plays like the author’s riff on Stardust Memories, a poison pen letter to his most obsessive fans, and the acid at the story’s center is beautifully expressed by Caan’s constipated, frustrated performance; he was Reiner’s last choice after William Hurt, Harrison Ford, Warren Beatty and others turned the role down, but he couldn’t be more perfect given his usual athleticism – you can feel his anguish at being trapped in one room in every single frame. The movie is clearly autobiographical for Reiner as well; as he notes on his audio commentary, the Caan character’s desperate wish to break out of the romance novel rut in which he’s been typecast mirrors Reiner’s years-long struggle to be seen as someone more serious and varied in his talents than the “meathead” from All in the Family. Combine all of this with Bates seizing the opportunity to finally show the world what she could do and Barry Sonnenfeld saying goodbye to his cinematography career with a grand Hitchcockian flourish, and you’ve got a thriller that’s pure pleasure from beginning to end. Speaking of Sonnenfeld, Kino has also released a fine new Blu-ray of his second directorial effort, the charming 1993 comedy For Love or Money. Michael J. Fox and Gabrielle Anwar are at their most engaging in this sweet and hilarious romance that’s as visually inventive as it is verbally dexterous (the script by Mark Rosenthal and Lawrence Konner recalls the screwball comedies of Howard Hawks in its speed and wit), and which deserves to be better known and admired. The Kino Blu-ray features a comprehensive audio commentary by entertainment journalist Bryan Reeseman, who races through an abundance of interesting facts about the film and its makers throughout For Love or Money’s brisk 95-minute running time.