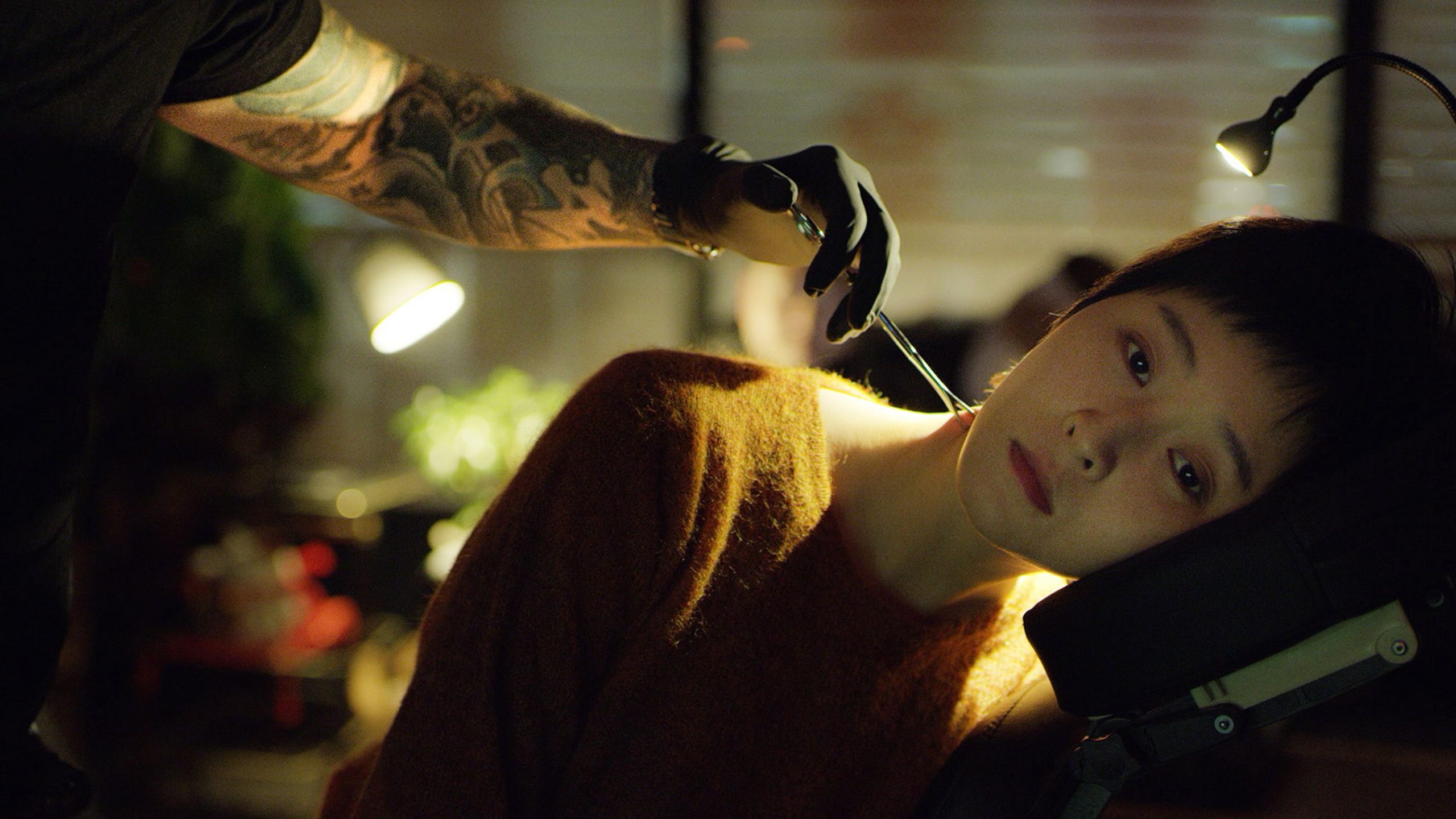 The Slamdance Film Festival — this year a hybrid festival — announced today its full lineup of features and shorts that will comprise its 2022 edition. The festival will run live in Park City Utah, January 20 -23 and virtually January 20 – 30. The selection contains 13 world premieres, six North American and four U.S. reviews. All competition films are feature-length with budgets under $1 million and without U.S. distribution.

“We are anti-algorithm,” said Slamdance President and co-founder Peter Baxter in a press release. “That’s always been true, but it’s more urgent than ever as we continue to celebrate truly unique voices that defy simple classification and transcend analytics. This year our programmers gravitated towards films that embody the true DIY spirit of guerrilla filmmaking and push the boundaries of what’s possible in storytelling. The Slamdance team is honored to introduce everyone of these storytellers, who are changing the media narrative and elevating the art form of independent film.”

The prestigious AGBO Fellowship will continue in 2022. Founded by Slamdance alumni Anthony and Joe Russo (Avengers: Endgame, Avengers: Infinity War), the AGBO Fellowship provides a $25,000 cash prize, mentorship from the Russos and their team, and office space, enabling a filmmaker to continue honing their skills and pursuing their craft. The 2021 fellowship was awarded to Agnieszka Polska for her debut feature Hurrah, We Are Still Alive!

In addition to the competition films, Slamdance has also announced the selections for its 4th annual Breakouts section, featuring films by seasoned directors – nearly 50% of whom are alumni of the festival –  who demonstrate a determined vision of filmmaking that is distinctly their own. These artists continue to push the boundaries of filmmaking, creating their own genres and forms, and Slamdance is proud to give them a platform to share their work with audiences all over the world.

Building on the legacy it started last year, Slamdance has expanded the Unstoppable program. Now in its 2nd annual edition, this inclusive program showcases films by or about creators with visible and non-visible disabilities. Programmed exclusively by alumni who themselves have visible and non-visible disabilities, this program aims to eliminate the prejudices and gate-keeping that have historically kept disabilities from being represented in the entertainment industry. Launched last year with a series of short films, Slamdance Unstoppable is now including feature films in its 2022 program.

The festival is proud to announce a brand new addition to its unique storytelling program – Blockchain Fairy Tales (BFT). Presented by Columbia University’s Digital Storytelling Lab, BFT is an immersive storytelling experience that invites participants to step into an enchanted world powered by collaborative storytelling, play and world-building. Leveraging Blockchain Technology from the eco-conscious Tezos platform, this two-hour project subverts the current value system of cryptocurrency and uplifts shared community values, collectively questioning: what if happily ever after is not guaranteed? BFT is available both online and in-person in Park City, with participants able to see their collective ideas come to life on the silver screen and become part of a real blockchain ledger, allowing future participants to use these festival-created artifacts to continue the tale.

Director/Screenwriters: Dawid Nickel; Producer: Marta Habior. A group of lost (and nowhere near found) high school friends are waiting by the pool for junior prom. After just one week of this utterly horrible phase of human life — the teenage years — nothing will be the same again. Cast: Sandra Drzymalska, Mikołaj Matczak, Michał Sitnicki, Nel Kaczmarek, Kuba Wróblewski, Agnieszka Żulewska

Be Right Back – (Germany) World Premiere

Director: James Bascara. A first-person journey through a canyon from dawn to dusk, following a trail of ants

Director/Screenwriter: Ida Lasic. An experimental tribute film to the artist’s relationship to their father and how they contradict each other and yet blend together.

Director/Screenwriter: Carlos Saiz; Producer: Maria Soler Chopo. Used to living as an adult from a very young age, Muerte Murciélago, the only child born in a town of infertile men, imagines a future beyond the town limits.

Director/Producer: Brad Hock; Screenwriters: Brad Hock, Sami Graf. Beyond the hedge, beneath the well, ancient spirits sing their song to reawaken the mystery of the hidden apple.

Director/Screenwriter/Producer: Hirotoshi Iwasaki. Juxtaposed movements resonate with each other, filling the conflict between continuity and fluctuation.

Director/Screenwriter: Dries Bogaert; Producer: KASK. A society of pink creatures live on top of a tower in peace under one unwritten rule: Wait your turn in line to the top. But one citizen refuses to comply.

Director/Screenwriter: Tomasz Ducki; Producer: Ewelina Gordziejuk. There is an unusual garden in a dark cave cultivated by a lonely man. One day, while he is pruning the plants, he finds a little boy in a pot.

Somebody Take the Wheel – (USA) US Premiere

Director/Screenwriter/Producer: Paolo Chianta. In a dystopian future, it’s one man’s job to check taps for leakage and wastage – but he is not permitted to fix them.

Director/Producer: Xenia Matthews. Surf the glittering channels of Xenia’s mind in this highly saturated, musical spectacular where she and an old friend begin making sense of the issues between Xenia and her boyfriend, Keke. Cast: Xenia Matthews, Keir Martin

A Table Is As Good As Nine Lives – (USA) World Premiere

Director: Azadeh Navai; Producer: Nathan Meier. An ode to a flower that once enjoyed prominence in Iranian culture, Gladiolus tells the story of its ubiquitous role in life’s important ceremonies and how it became a victim of its own popularity by the same nation.

Director: Hannah Saidiner. An animated reflection on Hannah’s parent’s gender transition and the evolution of their relationship.

The Space Between You & Me – (UK, USA) World Premiere

Director: James Hollenbaugh. Outsider artist Brent Brown reveals a lifetime of mental health challenges and his ability to overcome them by creating a world of cardboard puppets.

Director/Screenwriter: Kate McMullen; Producers: Paul Waters, Sophie Martin, Nicolas d’Autryve. When the Iron Curtain cuts his tiny German village in half, Peter the bull gets separated from his 36 cows. Based on a true story. Cast: Christoph Waltz

Return of the Action Man – (USA)

Your Houseplants Are Screaming – (USA)

Director: Benjamin Roberds; Producer: Katie Gregg. The tables are turned when a plant monster grows a human houseplant in a torturous room of gore and existential dread. Cast: Benjamin Roberds

Exploring alleyways through camera exposure and examining technological, geographic, and social exclusion, this film uses the “Paper Bag Test” and camera exposure principles to address the language and conventions of cinematographic technology/technique and its implications.

Director/Screenwriter: Rajee Samarasinghe; Producer: Rajee Samarasinghe.Navigating through a multitude of spaces from the natural world to man-made environments as well as virtual planes, traditional relationships between the creator, the tool, and the subject are questioned, shattered and reconstructed. Cast: Delini Malka Samarasinghe

Director: Sohee Kim. Strata of landscape, of tactile terrains, flow in their own time creating a poetic and meditative space.

Beyond Is The Day – (Poland)

Director/Screenwriter: Damian Kocur; Producers: Damian Kocur, Michał Sadowski.Somewhere in Europe, somewhere in Poland, lives Pawel – a simple man working on a small river ferry close to his village. One day he notices somebody swimming in the river.

Cast: Paweł B., Mohammad A. Issa

Director: Mickey Triest, Aaron Geva; Screenwriter: Batel Moseri; Producer: Ayelet Imberman. Bracha turns up on her anxious mother’s doorstep in the middle of the night holding a mattress over her head, but an argument ensues. Cast: Batel Moseri, Orna Banai

Director: Michael Biggs.The surrealistic cyber-adventure that will become your nightmare

Director/Screenwriter: Toby Andris; Producer: Joanna Sitkowska. After the death of her husband in a mining accident, a cable car operator launches a personal battle against the entire city. Cast: Darejan Khachidze, Darejan Kharchiladze.

I Suppose I’m An Inconvenience – (USA)

Director/Screenwriter: Cory Snearowski. A wonderful man who frequently inconveniences others has an epiphany when he recognizes someone from a billboard.Cast: Christopher Hoffman

In the Jam Jar – (Canada) US Premiere.

Director/Screenwriter: Vytautas Katkus; Producer: Klementina Remeikaitė. Two childhood friends are spending their last days in the places where they grew up, trying to postpone their farewell to the district which is changing.

The Bugs and The Slugs – (USA) World Premiere

Director: Nicholas Stachurski. The portrait of a mother on a difficult and visceral journey, re-defining beauty, sacrifice and our uniquely human ability to define our own destiny. Cast: Marisa Kimmel, Drew Kimmel, Abraham Kimmel

Director/Screenwriter: Cashmere Jasmine; Producers: Bree Jones, Caitlin Arcand. What happens when you have to prove your culture in black jeopardy, and give up on whiteness all together, then deal with all the crazy that happens in between.

Director/Screenwriter: Alaa Zabara; Producers: Pierre Bagley. The story of a young, deaf, Arab girl, born in the ravages of a war zone, whose only weapons are her hearing aids and an old video camera. Cast: Malak Nassar, Mohammad Nizar, Samira Asir, Jamal Meri

Signs and Gestures – (UK) US Premiere

The Multi – (USA) US Premiere

Director/Screenwriter/Producer: Grier Dill. A Space Wizard must fulfill an age-old prophecy to defeat an evil entity before it destroys the galaxy. It’d be a shame if his wizard squire were to #%$! it all up. Cast: Eric Yearwood, Alex Meyers, Brett Glass

Director/Screenwriter/Producer: Charla Lauriston. In this mockumentary, witch Michelle has to skip lunch with her sister Maya so she can deal with the aftermath of using her magic on her mortal boyfriend Jeremiah. Cast: Jemima Lauriston, Sasha Compere, Jerah Milligan

Creators/Writers/Producers: Veljko Popovic, Milivoj Popovic.Dislocation takes a look at an absurd moment of disbelief and fear. It examines the internal processes that develop and offers a visual depiction of a person forced into extreme circumstances – a moment of dislocation.

Creator/Writer/Producer: Dalena Tran. Has the future already happened? Incomplete invites us to traverse an endless choreography of bodies in perpetual free-fall and updating images that reflect a world in constant change.

Creator/Producer: Sana Akram. An Ensemble of Meanings across Space, Time, and Generations.

Director/Producer: David Rappe. Hundreds of cinematic sequences define a three-dimensional collage of the Monte Gelato waterfalls of Rome as they have been filmed in more than 180 productions including films, TV series and commercials.

Directors: Wei Huang, Yufei Chen, Juan Hu; Screenwriters: Juan Hu. The short film is made to recall the bodily memories of the pandemic and BLM protests in 2020.

Director: Keely Kernan; Producer: Dan Frank. The Mississippi is an interactive documentary that explores the relationship between the river and the lives and livelihoods of those living along its shores.

We Are Such Stuff as Dreams Are Made On – (UK)