“We Wanted to Avoid the Cold and Automated Artifice of Fiction Filmmaking”: DP Jarmo Kiuru on Girl Picture 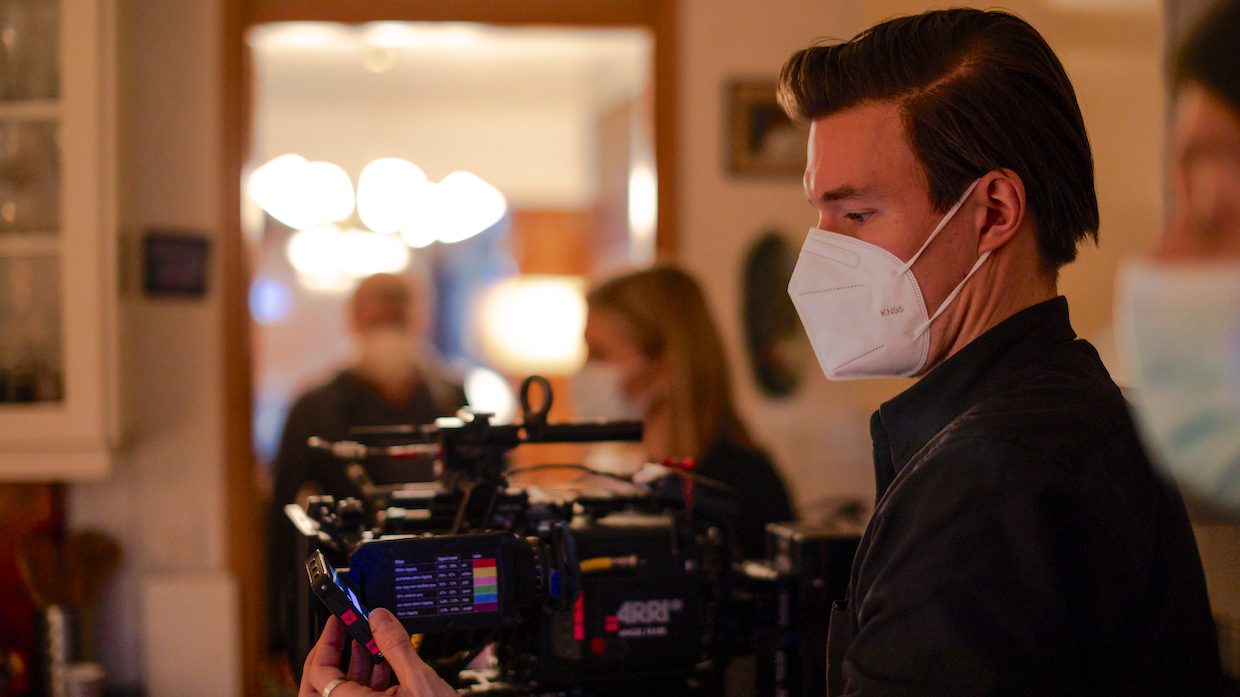 Alli Haapasalo’s Girl Picture follows two teen girls who work together after school at a food court smoothie kiosk. As the best friends swap stories about love, sex and life, the film emerges as both a coming-of-age story and a depiction of unrestricted feminine vitality. Director of photography Jarmo Kiuru describes how she concocted the film’s look and the difficulties of shooting with a reduced budget and amid Finland’s second wave of COVID infections.

Kiuru: I had previously worked with director Alli Haapasalo on a short film (No Big Deal) and TV series (Shadow Lines). After sharing those adventures with her I was pleased when she asked if I was interested in shooting her next feature. Girl Picture seemed like an inspirational next step in the evolution of our collaboration.

Kiuru: In many ways this movie was stylistically an organic continuation of my previous features. We wanted to avoid the cold and automated artifice of fiction filmmaking and feel the presence of the characters, to be close to and respectful of them. For us, the camera was like a friendly listener, someone who is reacting to the action. The characters should move the camera, not vice versa.

Because of the structure of the script (three Fridays and a Saturday) there’s an exciting pattern for light and color: each day starts with the weak, nordic winter light, and as the sun sets we end up always somewhere new and exciting. This dynamic allowed us to bounce between naturalistic and more stylized moods.

The idea to use the academy ratio came to me very early on as an impulse, but I didn’t dare to say it out loud immediately. It seemed right for me to frame single shots that way and even more dramatic when someone else enters that space and makes it a two shot. A bit later we had a meeting with the screenwriters and they described how the main characters face confinements within their world. That gave me the confidence to prepare a nine page document (in addition to the actual lookbook!) to defend my vision, as I was ready to fight for the aspect ratio, but everybody was very supportive of the idea!

Kiuru: One of Alli’s main references was Justine Kurland’s Girl Pictures. It gave us a timeless and iconic sense of girlhood. Another big reference was All This Panic, a documentary film. It captured girl energy and unrestricted vitality in such a direct way. These two examples defined both the intimacy and epic framework of moods we went after.

I also wanted to get a sense of the history of teen films, how girls have been portrayed previously, what worked for us and what didn’t. This genre feels like one of the trickiest because the core audience has a very sharp taste! You end up preaching to the choir if you’re not careful.

Kiuru: Our budget was a little less than usual for a Finnish feature film. This of course was reflected directly in the amount of shooting days (25) even though the world of the story consists of lots of locations. I guess in our minds we were originally doing a small and intimate film, but the more we looked into it the more the story demanded a lot of dynamics and scale around its characters.

Also, the second wave of COVID made shooting in small spaces and scenes with extras more exhaustive.

Kiuru: I shot with Arri Alexa Mini LF. I love the Arri sensor, its latitude and its organic color space that I was already familiar with. Large format seemed like a great tool since we wanted to achieve not only an intimate and subjective connection with the characters but also to see them in a larger, more iconic context. The LF’s almost square sensor worked great with the aspect ratio as well.

I used Samyang XEEN lenses, as they rendered actors in a pleasingly three dimensional way. They provided an appropriately modern look while not feeling too clean or sterile. For the handheld operating I wanted also something compact and lightweight. This certainly was helpful when operating the camera while skating in the rink!

Kiuru: I tend to light a space with a motivated and directional light. For that light I’ll find the main angle from which the core of the scene is seen best. This also goes hand in hand with holding back that artifice of fiction by somewhat avoiding 180-degree reverse shots. I’ll work around that main angle and try to keep in mind the simplest approach. Gordon Willis has that anecdote about balancing a rocking boat by throwing sand bags out instead of adding more in. I love it!

Kiuru: We had a wide variety of challenges, it’s hard to point out one specific scene. Often our continuous camera movement and complex blocking was pushing the limits of the number of extras and spaces we needed to light within one shot.

The party sequence in the middle of the film was probably the most arduous, since the location (both interior and exterior) itself didn’t have practically any light we could use. Of course the whole sequence took place at dusk and night. We had extensive meetings with the set designer and gaffer to bring in plenty of practical and outdoor lights.

Kiuru: The look of the film was mostly “baked in” by set and costume design and lighting. We shot a test and graded it with the whole crew. From this session we created a LUT for the actual shoot. Also, based on the discussions with my colorist, I never set the white balance to pure white; I always had a bit cooler or warmer tint to begin with.

On some scenes we wanted the mood of dusk but had to shoot for several hours in the middle of the day. In these scenes we took an extra step in the DI. Also, the shopping mall, for example, wasn’t fully in our control, so we spent some time making it more uniform.