Freedom as a Preset: Joanne McNeil on Metaverses Past and Present 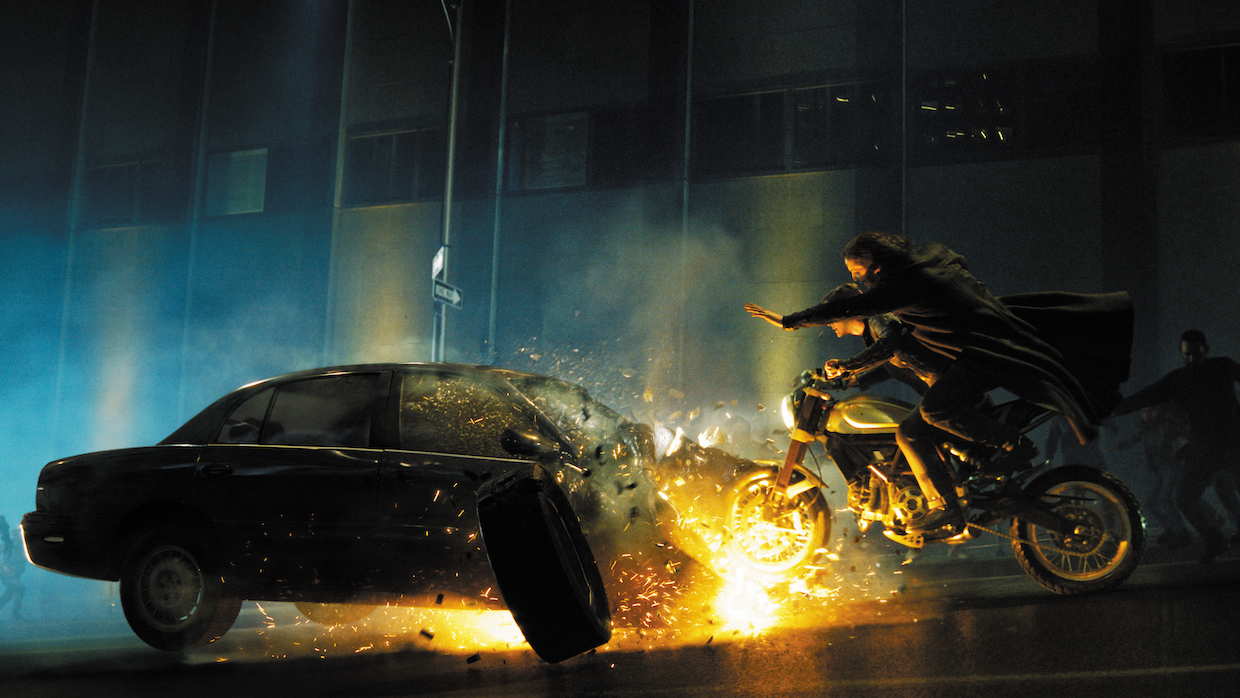 “What we’re selling is freedom,” says a digital media executive played by Demi Moore, of the promise of virtual worlds in Disclosure (1994). “We offer through technology what religion and revolution have promised but never delivered: freedom from the physical body; freedom from race and gender, from nationality and personality, from place and time.”

Based on a Michael Crichton novel, the movie explores in classic Crichton fashion a theoretically possible but highly unlikely scenario—in this case, a 32-year-old single woman who sexually harasses her married 50-something male subordinate; it is also one of a number of features from the 1990s to tease out the potential of VR and simulated worlds. Examples range from the campy (The Lawnmower Man, Virtuosity) to the brilliant (Dark City, eXistenZ) and bizarrely compelling (The Cell, the miniseries Wild Palms). And of course, there’s The Matrix, the critically acclaimed box-office sensation that arrived at the end of the millennium like a beam of light to the next one.

The Matrix Resurrections, the first feature in the franchise since 2003, and the first Lana Wachowski has directed without her sister Lilly, arrives in theaters at the moment the “metaverse” is the hottest buzzword in the tech industry. But the vision—as executives like Demi Moore’s character in Disclosure would pitch—has changed in 20 years. Instead of “freedom” and VR as an escape to dream worlds guided by dream logics, the technology is now hyped as a cohesive and stabilizing force in an increasingly fractured and incoherent world. Facebook broadly fomented this new wave of VR enthusiasm following the recent name change of its parent company to “Meta,” signaling its increasing focus on virtual reality products. As Facebook would have it, VR will be a unifying spectacle: Today, you step on a train and see everyone on their phones, having their own personal experience of the internet. But what if internet users all went to the “metaverse” and their unique journeys all routed to this single digital destination? Naturally, “real” names and stable identities—Facebook’s raison d’être—is part of the plan. And just as naturally, Facebook denies any responsibility for the fractured world of misinformation and erosion of trust in public institutions that the company believes VR can surmount.

There was a brief moment of VR hype in 2016 that faded, but this new round of messaging—and investment—suggests that this time plans are serious. Plus, the technology latches on, Voltron style, to other enormously hyped digital trends like the marketplace blockchain concepts known as Web3. A use case that Web3 and metaverse evangelists might speculate is that someone will buy an image of roller skates as an NFT and take the digital object from Facebook’s VR platform to Roblox and other corporate virtual worlds. This “decentralized” interoperability through crypto supposedly sets the vision apart from previous digital marketplace iterations like Second Life, in which a platform-specific currency (Linden Dollars) was used to trade goods native to Second Life.

Money isn’t the opposite of freedom, exactly, but capitalism certainly forecloses on our degrees of it. In a widely circulated interview The Verge conducted in December with the stars of The Matrix, Keanu Reeves laughed at the idea of NFTs and seemed largely unimpressed with Facebook and other “capitalistic platform” applications of virtual world technology, which he is otherwise enthusiastic about.

Perhaps Resurrections—not screened at press time—will infuse the metaverse discourse with some of the more romantic ideals from the ’90s. After two years of endless Zoom calls, I’m not excited by the idea of meetings in VR. I am, however, still intrigued by virtual environments as a means of time travel, which The Matrix originally posited. It’s 2199 in the real world of the first film—a bleak reality of robots harvesting humans as batteries. Through the eponymous technology, Neo journeys a hundred years back to the time of Massive Attack, the guttural ring of landline telephones and the Twin Towers still standing. Appealing as it might initially sound, that world is a lie, as he comes to find out, thus predicating his decision to take the red pill, for the “truth of reality,” or the blue pill, to remain in the illusion.

There’s time travel in The Thirteenth Floor, also released in 1999, as characters spend much of their time in a VR simulation of Los Angeles in the year 1937. That turns out to be one of thousands of layers the characters can port through. Josef Rusnak’s film wears its philosophical questions heavily, as it begins with an epigraph of the Descartes line: “I think; therefore, I am.” The sci-fi thriller is based on the 1964 novel Simulacron-3 by Daniel F. Galouye, also adapted as Rainer Werner Fassbinder’s 1973 miniseries World on a Wire. These earlier works show there has been interest in the “metaverse” decades before Neal Stephenson coined the term in his 1992 novel Snow Crash.

Snow Crash depicts an anarcho-capitalist dystopia of megacorporations and oligarchs, where a superrich monopolist named L. Bob Rife controls the fiber-optic network to the capital-m Metaverse. Despite the evil intermediary, this virtual world is an oasis from the hell of reality that earth has become. The virtual world, Stephenson writes, is “where magic is possible. The Metaverse is a fictional structure made out of code. And code is just a form of speech.” Rife, providing the infrastructure, might have maintained an amicable relationship with Metaverse hackers and builders. Instead, he seeks to infect them all with a mind virus/religion/drug known as “Snow Crash.” “Guns have come to Paradise,” Stephenson writes, and to solve this crisis will require “a fundamental rebuilding of the Metaverse, carried out on a planetwide, corporate level.”

Real-life tech billionaires like Sergey Brin and Reid Hoffman cite the novel as an influence. Peter Thiel is a Stephenson superfan (PayPal employees were required to read his 1999 novel Cryptonomicon) who even unsuccessfully attempted to bring something like Rife’s floating community “the Raft” to life through his Seasteading Institute. Stephenson is not just an inspiration to, but a colleague of, Silicon Valley architects. Beginning in 2014, he worked as “Chief Futurist” at the augmented reality startup Magic Leap. He was, for a time, the only employee at Jeff Bezos’s Blue Origin. The author and Amazon founder went to see October Sky together in 1999, where the idea for the private aerospace company hatched. Stephenson left Blue Origin in 2006, but Bezos continues to bring him up as an inspiration. An interactive book imagined by Stephenson in his novel The Diamond Age was influential to the creation of Amazon’s Kindle e-reader.

The Web3 ideal of “decentralization” is meaningless if this interoperability depends on Facebook and other Rife-like corporate intermediaries to function. Likewise, the ’90s vision of virtual worlds as “freedom” neglected how racism, sexism and other oppressions persist despite anonymity, as academics like Lisa Nakamura and journalists like Julian Dibbell, in his classic 1993 feature in The Village Voice, “A Rape in Cyberspace,” demonstrated. But 2022 is still early. Humans have plenty of time to find a better future for ourselves than as robot fuel, plugged-in and perpetually dreaming of what 1999 used to be.