“If They Are Not Progressive Leaders in What They Gate-Keep, Green Light and Support, Then They Fall Short” | Saul Williams & Anisia Uzeyman, Neptune Frost 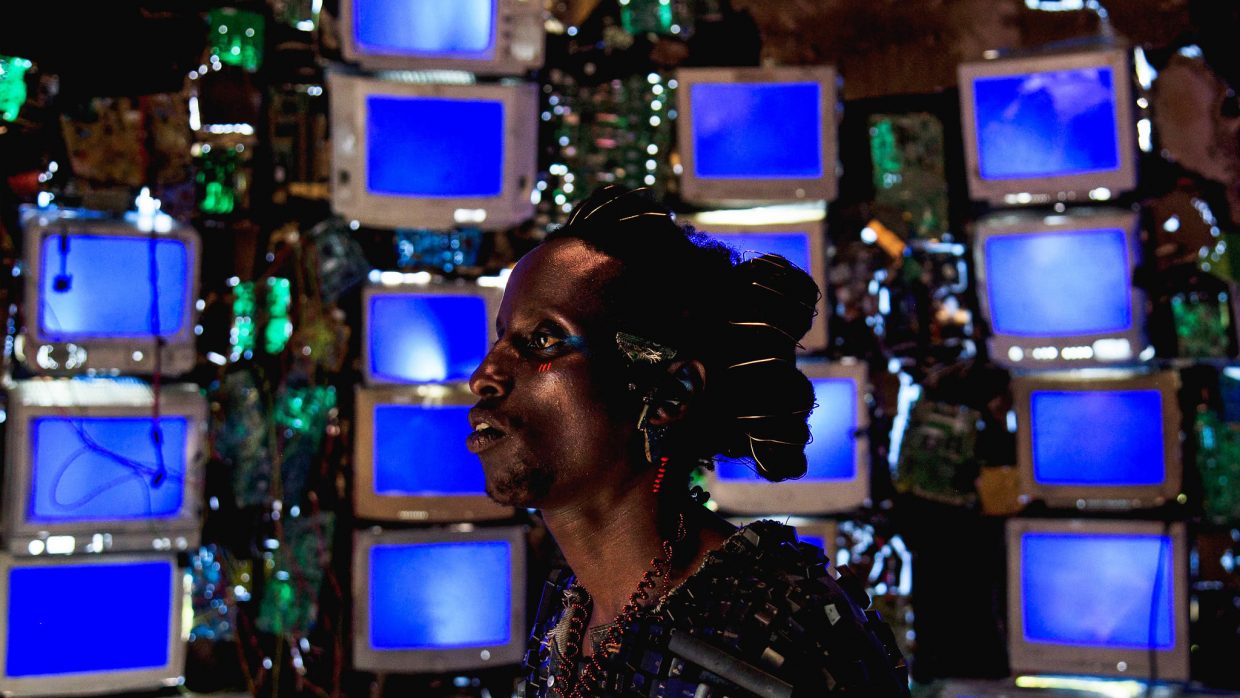 We wrapped principal photography in Rwanda on March 4th, 2020, only a few days before the world shut down, and began editing back in the U.S. just as the unprecedented Black Lives Matter protests began. At that point we really felt that the social dialogue was tipping the scale toward the subjects that we were already exploring in our film and that maybe the world was conspiring to cultivate awareness and prepare global audiences to receive this film more largely and in a more intimate and open way. We were in the studio working with our sound designer on January 6th, 2021, just as the second wave of global shut downs had begun, and it was made evident then that even if social dialogue might help pave a way for us, we would not be able to push through with a film like ours without a fight. The mechanical defenses set up to prevent change had been made clear, yet here we were, ready to share an African sci-fi musical talking directly about the toxicity of the “norms” with the world.

Our wish has been to see the industry catching up with the art, artists and global audiences and to realize that if they are not progressive leaders in what they gate-keep, green light and support, then they fall short by not reinventing themselves. As artists we were very aware of what our film was addressing. Every choice made along the way was directed toward a conscientious desire to build and create pathways beyond existing norms—be it norms of representation, norms of popular entertainment or norms of financing and models of production or the so-called norms of “intended audiences.” One thing is clear: Sundance gets this, and we are grateful for the unique opportunity to share Neptune Frost with their audience.