“The Rhythm of Nature Many Times Conflicts With the Rhythm of an Independent Production”: DP Alfonso Herrera Salcedo on A Love Song 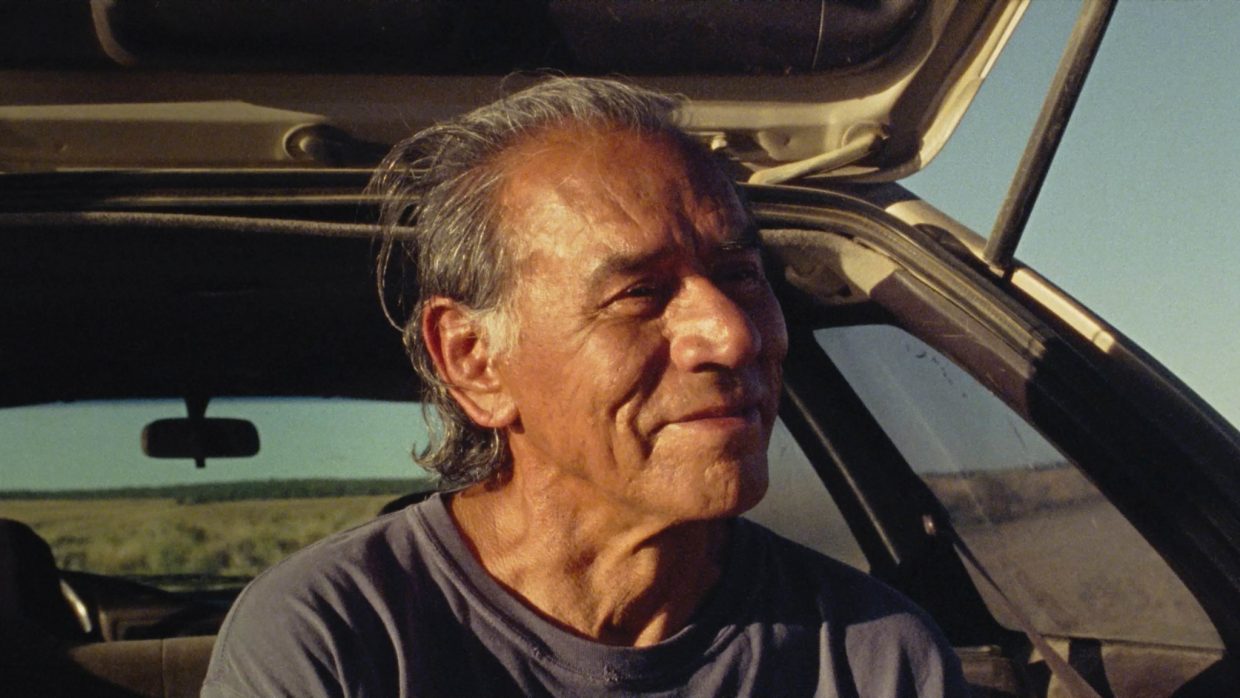 by Filmmaker Staff
in Cinematographers, Interviews, Sundance
on Jan 20, 2022

A Love Song depicts the reconnection and the romance of childhood sweethearts, decades removed from their last meeting. Both widowed now, they use the meeting to reflect on life, love, and loss. It all takes place in an American West that is neither rugged like the films of yesteryear nor depleted like more more recent revisionist takes, but quiet and expansive. Cinematographer Herrera Salcedo explains why 16mm was the right format to capture both characters and the landscapes and how he used the camera to bring the characters to life.

Herrera Salcedo: The director Max and I started collaborating while we were students at NYU and have become great friends ever since. I have had the pleasure of experiencing his home over the years through the different films we did together, all wonderful experiences. One of our most memorable projects was his short film Lefty/Righty, which is set in a similar universe as A Love Song. Shooting his first feature felt like a natural progression in our professional journey.

Herrera Salcedo: Our primary artistic goal was to find the right visual tone for Max’s unique vision of the west. The story contained many elements that had to be precisely balanced in order to convey the proper amount of comedy, tenderness, hurt and wonder. From the get-go, we decided the right capture format for this film was on 16mm film given it’s very distinct aesthetic, which lent itself perfectly to equally render evocative faces and landscapes alike. Paired with the right optics, the overall definition of 16mm can vary from extreme sharpness to an almost abstract painterly quality depending on the distance to the captured element. This was a great visual technique used to portray our main character, Faye, and her peculiar sense of time and place.

In line with the idea of balancing realism and stylization, we relied mainly on natural lighting for the former and composition for the latter. To enhance the presence of the dramatic wilderness, most of the film was shot using deep focus (f.8).

Herrera Salcedo: Aside from the various production challenges that came with shooting early in the pandemic, the biggest creative challenge was dealing with the unpredictability of shooting mostly outdoors. The rhythm of nature many times conflicts with the rhythm of an independent production. Ultimately, it fosters patience, and it is indeed rewarding when one waits for the right moment to shoot.

Herrera Salcedo: There were no specific cinematic influences for this film. For framing, a major influence that came to mind was the work of artist Winslow Homer, particularly his depiction of character size and it’s presence within a dramatic landscape.

Herrera Salcedo: We used the Arri 416 paired with a set of SK4 Cooke primes. The 416 has an outstanding viewfinder and it’s overall a very reliable piece of equipment. The Cooke lenses had the right amount of warmth and softness needed for our story.

Our lighting was fully naturalistic. On day exteriors, we embraced the changing quality of the sun, which always renders beautifully on film. Interior day and nights were always motivated by existing sources inside the trailer.

One of the most challenging scenes was to shoot on top of Lone Cone mountain. It demanded a genuine physical effort from the entire crew and lead cast to hike up with our film gear. Once up there, we had to truly focus under extreme weather conditions to shoot a major scene in the story, all in very little time. Very smartly, this scene was scheduled to be our wrap day as well, so it gave us the much needed extra push. The result was stunning, and emotionally cathartic for every one of us. Finishing this beautiful film with good friends in such a wonderful setting is no doubt truly memorable and a great reminder of how special filmmaking can be. Needless to say, the hike down at night was still tiring but much more enjoyable. We got to look up at a crisp starry milky way and thanked the film gods for such an experience.

For both practical and aesthetic reasons we decided to use a single stock, Kodak 7219, which is the most versatile stock available. As it is a tungsten-balanced film, I prefer using an 85 filter on camera. I use this method to make sure I achieve warmer highlights on the negative, which look uniquely beautiful on film. That being said, the finishing of the picture was creatively achieved in DI with the help of our colorist Ernie Schaeffer and his team. The current digital post production tools are incredibly helpful for achieving high consistency when shooting film under the conditions we did.