“It Was Important to Me That VR Felt Like a Euphoric and Cozy Place to Be”: DP Joe Hunting on We Met in Virtual Reality 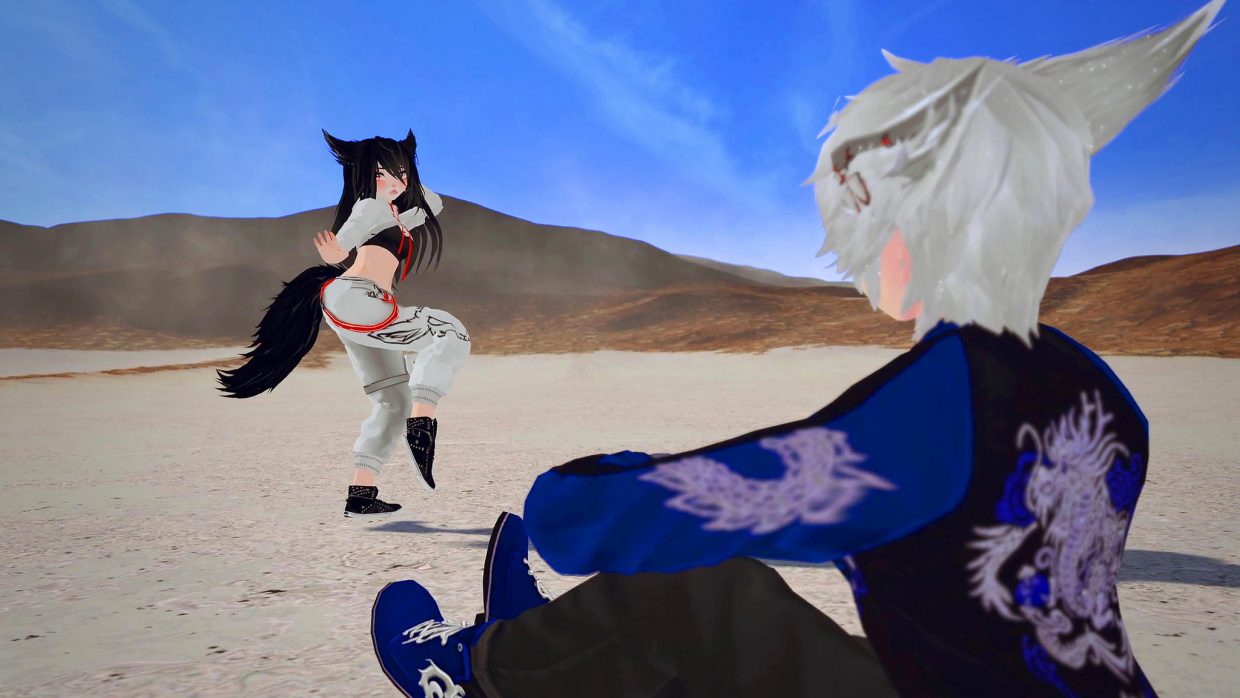 A still from We Met in Virtual Reality. (Photo: Joe Hunting)

We Met in Virtual Reality is a documentary shot, as the name suggests, within virtual reality. Director Joe Hunting trains his camera on a range of activities, including pool games, dances and educational classes to tell the stories of a number of couples who met in VR during the COVID-19 lockdown. Hunting, who directed, edited, and shot the film, spoke about his challenges and goals as cinematographer.

Hunting: I was a self shooting director for We Met in Virtual Reality. The visual direction of the documentary is very handmade, with a distinct camera presence, which I wanted to have personal control over to retain an intimate sensibility with the camera’s relationship to the subjects. Logistically, the film is pioneering new virtual camera technology inside social VR, which I trained myself to operate over a year. This form of cinematography is in its infancy.

Hunting: The goal of the cinematography was to achieve a grounded sense of presence and realism inside virtual reality, with the intent to lead audiences into a natural watching experience on par with films shot in the physical world. The realization to direct through a realist lens came from the desire to represent the people of VR as the people see each other and speak from a place other than the outside looking in. The film spans a lot of cinematic techniques alongside a largely observational storytelling format, including poetically driven dance sequences shot with a drone and dreamlike live music performances. Social VR is a constantly changing, fluid place aesthetically, so I had a freedom to play in different forms while keeping to real world cinematic techniques to ground each of the protagonists’ distinct tones and stories.

Hunting: I drew a lot of inspiration from Alma Harel’s documentaries Bombay Beach (2011) & LoveTrue (2016), specifically on her naturalistic dance sequences choreographed with film subjects. There are a few handheld long takes in conversation with subjects, which had roots in Werner Herzog’s vérité interviewing style. I was also influenced by Paris is Burning (Livingston, 1990), and Andrea Arnold’s social realism.

Hunting: The biggest challenge with the cinematography was creating naturalistic movement. People inside VR move extremely fast and unpredictably, so ensuring I was wholly listening to a moment and directing subjects to physically move in their spaces rather than using controllers was a constant concern. The aesthetic of social VR is naturally disjointed and confusing, so embracing imperfection was important to me when overcoming hurdles like movement. Getting physically comfortable to shoot in VR for over 4 hours was a challenge too!

Hunting: The camera We Met in Virtual Reality was shot with is called ‘VRCLens’, which is a purpose built cinema camera for VRChat, created by Hirabiki. It is my preferred virtual camera that can simulate depth of field, and offers everything a physical real world camera offers.

Hunting: The lighting of a scene was dependent on the virtual world I was shooting in, which constantly varied. The only situations I really exploited light artistically were when using real-time shadows to build the sense of realism and to help define movement in dance.

Hunting: The most difficult scene to shoot was capturing multiple New Years celebrations in VR. It was very easy to get lost in the hilarity you can expect from a massive VR party, but I overcame feeling overwhelmed by focusing on capturing still compositions and patiently embracing the chaos instead of avoiding it.

Hunting: There are no visual effects in We Met in Virtual Reality; everything seen is actually happening in the virtual world. The film was heavily color corrected and graded in post the same as a physical documentary would. The color of the final picture is much more vibrant and warm compared to the raw material, as it was important to me that VR felt like a euphoric and cozy place to be.