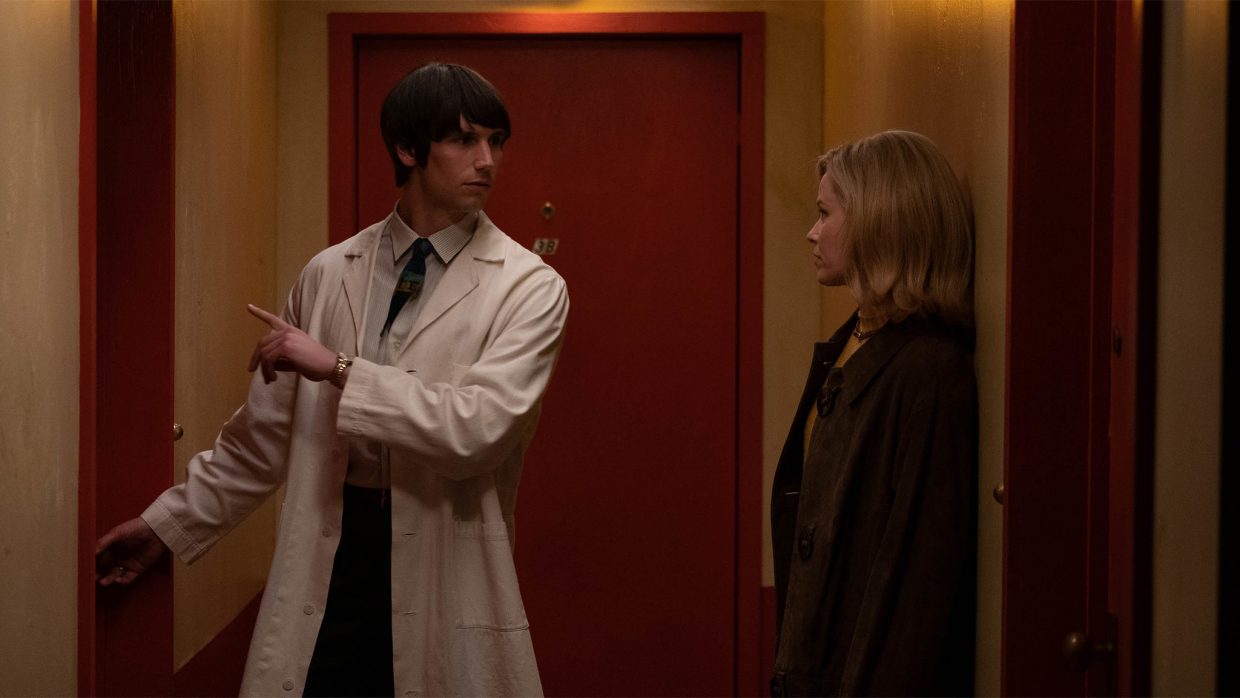 In Phyllis Nagy’s directorial debut Call Jane, Joy’s pregnancy leads to a life-threatening condition. When the medical establishment refuses to help, Joy turns to a clandestine organization called the “Janes” that is based on the real-life Jane Collective. The period piece is heavy on sequence shots, which both posed challenges and enabled the creativity of DP Greta Zozula, who discusses the film below.

Zozula: I was introduced to Phyllis in the early part of last year. The subject matter was important and I was drawn to the script, but it was also important to me who was telling the story. Phyllis is amazing and I felt honored that she wanted me to be a part of the journey.

Zozula: Probably my enthusiasm, understanding and confidence with shooting on 16mm film! But in all seriousness, I think from the beginning Phyllis had a very clear idea of how she wanted to approach this film and we were very much on the same page from our first meeting.

Zozula: I wanted the visuals to be as honest as possible when telling this story but also reflect the emotion of the characters in the moment. We found this balance through visuals and lighting. Joy goes through a large character arc, and in specific moments we use the camera to really get inside of her head. There are many examples of this throughout the film. We also wanted to create a contrast between Joy’s world at home and the world of the Janes. The camera is more calculated in Joy’s world, and when we introduce the Janes the camera becomes more playful and unpredictable.

Zozula: There are three main environments in the film. Joy’s home, the Janes, and the operating room. Each environment goes through a transformation, but its reflected through Joy’s transformation, which ultimately comes to be fully realized at the end of the film. This was fun to explore and we achieved it through composition, camera movement, lighting and color. Each were very important to the overall arch and Joy’s journey.

Zozula: Yes, I think in the beginning we spoke of Claire Denis and John Cassavetes a lot, specifically A Woman Under the Influence. These references were mostly for composition. We also pulled a couple stills from Vivian Maier’s collection, specifically for color and texture and how she captured Chicago in the ’60 and ’70s. I would say most references were pretty loose and spoken as more of a general respect for the artist’s approach to filmmaking.

Zozula: On a movie of this size, attempting a period film where there are more then a few exteriors was one of the harder challenges. We chose to do our driving shots practical, and that led to us having to do them all in one day. Five scenes total, three during the day and two at night. Not an easy feat, but it pays off in the final look.

Locations in general were difficult to find and replicate. It took a lot of creative camera work to shoot around modern structures but also keep the shot dynamic. A great example of this, is a shot where we find Joy on the sidewalk and follow her across the street as it starts raining. We decided to shoot it as a oner and we start by pulling her and then let her pass and we follow and end in a tight profile close-up at the end. The shot looks incredibly complex and seemingly shows the whole world, but in reality we did that to frame out a modern restaurant and parking lots full of modern cars and other modern elements we could not get rid of. I believe that it is those restrictions that sometimes bring to life really great shots. I love finding inspiration that way.

Zozula: Arri 416. We wanted to shoot on super 16 as a creative choice for the film. The 416 is the most modern of the Arriflex cameras with some more modern friendly accessories. Also the quietest of the series as well.

Zozula: Natural and motivated. I really don’t like to beautify light. I think there are times and places for it, but when a film lives in reality it has to be lit that way. Quite a few scenes were oners where we see the 360-degree space. None of these scenes were on a stage, and some were tiny spaces. The movement of the camera was important for the story, so we would have to be pretty creative in finding ways to hide lights. My gaffer, Noah Chamis, was the master in doing so.

Zozula: The opening sequence for sure. I mentioned before we did a lot of oners in this film. The opening is no exception to the rule. It starts inside following our main character and ends outside, and everything in between is a complex challenges of mirrors and other reflective surfaces and just a giant empty space that needed to be dressed as a hotel, and lit like one too. By far our biggest day for all departments.

It was near the end of the schedule, so it was built up over time and became the big day we were all waiting for. Lighting had to be 360 proof; it rained that day, so the weather gave us a limited window to pull it all off before wind became an issue. It was one of those days where everything had to go perfectly to plan, and we pulled it off. Six takes, just in time before the condors had to come down. In some ways, when you know you’re building a scene that takes place in a single shot it takes some pressures off because you know the task and you can commit to it and just go for it. One of my favorite things about Phyllis is when we said we were going to do something in one shot or two shots we did. We always stuck to our shotlist, and it’s honestly my favorite way to work. No doubts, no hesitations and never playing it safe.

Zozula: We did mostly everything up front by picking film and our film stocks. We shot on Kodak 250D and 500T. I worked with Nat Jencks Colorist at Postworks, who also scanned all the film. We created a LUT that was applied to dailies that worked really well and later in the DI we did very little to the finish look. Some polishing but no big changes.

Lighting: Combination of LED and HMIs and Tungsten units.