Sundance Curators and Directors Speak, Along with 16 Films Not To Miss 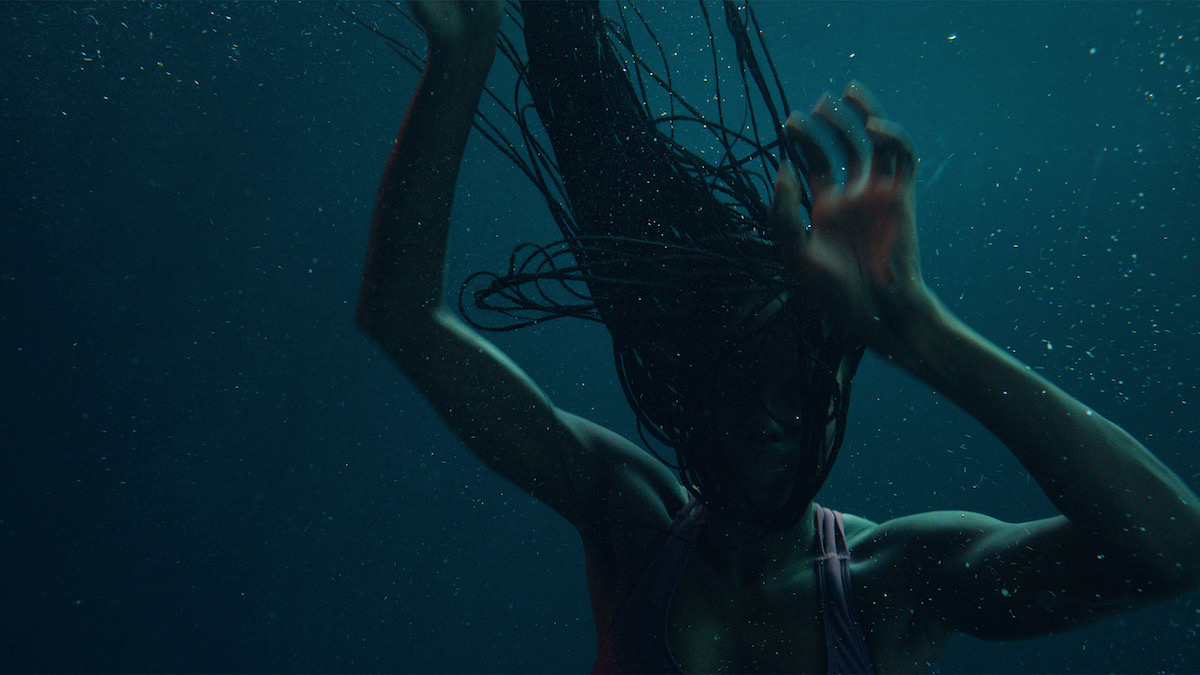 “Making the shift to an online-only experience was a difficult decision, but it was the right one for the full community,” said new Sundance Executive Director Joana Vicente at the top of today’s opening press conference of the 2022 Sundance Film Festival. While the contours of last year’s largely-virtual (excepting the Satellite Screen events around the country) event were visible last June and then explicitly stated in early December, 2020, this year’s necessary hard-pivot to a largely virtual edition (again, with the Satellite Screens) happened late, in early January, 2022. So, when, as the various programmers all announced themselves by describing their appearances for the visually impaired, Jackson made sure to note the bags under her eyes. “We spent a year designing a beautiful hybrid festival, and then we needed to pivot away for safety to this fully online iteration, with our satellite screens across the US,” she said. “So it’s still a wonderfully designed convergence, all in service of a festival. And the festival is a celebration. We are celebrating having made another trip around the sun together, and then coming back together to make meaning.”

With that, Sundance was underway, with a quartet of opening night films as well as Sam Green’s 32 Sounds, proposed originally as a hybrid virtual/live event and now streamed from within “the Spaceship,” Sundance’s bespoke Web XR website. The Spaceship — “situated as a satellite orbiting the Earth alongside the International Space Station,” said Sundance Senior Programmer and New Frontier Chief Curator Shari Frilot — is also a testament to pivots this year within the performing arts world. Pieces like Suga’- A Live Virtual Dance Performance, in which live dance performance is captured as volumetric video in a social virtual space, speak to the imaginative ways performers need to consider technology in order to obviate the restrictions on gathering together that may persist in a pandemic-inflected world.

Of the overall program, Kim Yutani, Director of Programing, said, “With this ongoing global pandemic, we were not sure how that would affect creative output. But I’m happy to say that submissions were really healthy and once again we were really pleasantly surprised to discover that artists found a way to to sustain themselves to make work despite the challenges.”

Many films in the lineup are aligned in some way with genres such as horror and science fiction, undoubtedly both a reaction to the estrangement of the modern world these past two years as well as, perhaps, the greater viability of genre titles in a streamer-driven landscape. Said John Nein, Senior Programmer, “Certainly in the American [Dramatic] competition, you look at these really sophisticated approaches to genre — appropriating genre conventions and reframing them in order to dissect really complicated issues like race and power dynamics .I’m thinking of films like Alice, Nanny, Master, Emergency, and Watcher.”

In an interview conducted with Filmmaker last month, at the time of Sundance’s announcement,  Jackson called out another appropriate trend in this year’s programming: films dealing with “loss, yearning and grief.” “This is expressed in films like After Yang, which is in our Spotlight section; a beautiful film called Living, directed by Oliver Hermanus with a screenplay by Kazuo Ishiguro, based on Ikiru; an exquisite kind of rendering of those feelings in a genre way with Resurrection, with Rebecca Hall; and a film called Last Flight Home, Ondi Timoner basically [chronicling] the last 15 days of her father. There’s the direct, head-on look at [loss], and there’s also the lyric expression of it, which I think is appropriate for what artists have been through and have struggled to make meaning with.”

Continued Yutani in that interview, “We also see [in the selection] the urge to escape the moment through humor. So we are seeing lighter content, like AM I OKAY?, a film by Tig Notaro and Stephanie Allynne starring Dakota Johnson; a film about sex positivity, Good Luck to You, Leo Grande, with Emma Thompson giving an incredible performance in a really bold role for her. And we see it through our international fare too. We’re showing a film from the Philippines, Leonor Will Never Die, a first feature from a young Filipino director [Martika Ramirez Escobar] that’s basically a love letter to moves and moviemaking.

Filmmaker‘s Sundance 2022 coverage includes, as always, directors answering our annual Sundance question; interviews with the festival’s DPs and editors, reviews from Vadim Rizov and Abby Sun; interviews by myself, Rizov, Lauren Wissot and Natalia Keogan, and much more. And, below are 16 titles — features, shorts and new media pieces — that we are very confident recommending you check out. See you in the Spaceship.

Nanny: When writing my profile of Nikyatu Jusu for 25 New Faces of 2020, I described her debut feature Nanny’s screenplay as an “expertly crafted, emotionally thrilling and absolutely devastating work of supernatural horror.” With the finished film in the Dramatic Competition, all adjectives resoundingly apply as Jusu’s psychological terror set within New York’s Senegalese diaspora of domestic workers is further emboldened by inventive VFX work and a stunning star turn by lead Anna Diop. Shades of both Nicolas Roeg’s Don’t Look Now and Ousmane Sembène’s Black Girl in this exciting, deeply moving first feature. — Scott Macaulay

Dos Estaciones: Shot in and around his family’s real-life Mexican tequila farm, the second feature film by Juan Pablo González (Caballerango) stars Teresa Sanchez as Maria Garca, the tightly coiled, enigmatic and determined owner and operator. Building on the promise of his previous work. González’s film combines the precision and visual discipline of slow cinema with the satisfactions and rising tension of slow-burn melodrama. — Vadim Rizov

Gondwana: Referring to and emulating an old-growth forest in Australia, this VR and browser experience restarts its simulation every 24 hours based on cutting-edge scientific projections to show the effects of climate change on the environment. The more visitors participate every 24 hours, the more “resilient” the forest becomes to potential damages, incorporating tenets of participatory media and environmental activism with a built-in marketing scheme for the project. The virtual forest is lush, replete with fog and rain, and with satisfying social VR interaction tools. — Abby Sun

Watcher: The concept of the “male gaze” is amplified into a seriously deadly threat in Watcher, the feature directorial debut of Chloe Okuno (whose horrifying segment in V/H/S/94 brought us the Raatma creature). The film follows Julia, an ex-New Yorker who moves to Bucharest, Romania for her husband’s work—only to notice that someone appears to be peering into her apartment from across the courtyard, their eyes fixed on her every innocuous move. Melding together psychological tension with uniquely gendered anxieties, Watcher emphasizes the palpable dread inherent to navigating the world as a woman, and the devastation of having one’s fears reduced to a nagging case of female hysteria. — Natalia Keogan

Surrogate: This latest experience from artist-programmer Lauren Lee McCarthy draws upon her facility with technologically mediated projects, such as a series of performances to become a “human version of Amazon Alexa,” or the collaborative Beyond the Breakdown (part of last year’s New Frontier program), an AI-facilitated virtual discussion for imagining collective futures. Each 30-minute performance of Surrogate draws upon McCarthy’s own pregnancy in a “Womb Walk,” establishing a link between new reproductive technologies, control of women’s bodies, and audience-artist interaction. — AS

The Exiles: Ben Klein and Violet Columbus collaborate with their subject, documentary maker (as well as their NYU professor) Christine Choy, in this look at the legacy of the 1989 Tiananmen Square protests. Choy trusted the filmmakers with interview footage from an abandoned project in which she tracked down the exiled leaders just after the protests. Journeying with Choy in the present day to meet these figures over 30 years later, Klein and Columbus have made a film that’s both about Choy’s filmmaking process as well as the legacy of that epochal historical event. — SM

Call Jane: Best known for her screenplay for Carol, Phyllis Nagy directs this fact-based drama, one of two films in this year’s festival about the Jane Collective, which performed abortions for women in the Chicago area from 1969 to 1973. While The Janes tells their story in documentary form, Nagy’s feature (directing from a script by the writing team of Haley Schore and Roshan Sethi) centers around a married housewife in need of their services. — VR

Shorts Programming. This year’s shorts lineup is especially strong. Among the highlights, Sam Max’s formally assured, chillingly acted Chaperone will create a pit in your stomach for the entirety of its 16-running time. A soberly presented Hollywood #MeTo story morphs into an exuberant and weird bout of performance art in Antonio Marziale’s Starfuckers. Another short focusing on abuse is Joey Izzo’s You’ve Never Been Completely Honest, in which voiceover, animation, archival materials and reenactments combine to create a surreal retelling of a 1970s management training seminar that’s more akin to a week at Abu Ghraib. Shiva Baby star Rachel Sennott handles the titular growth with admirable determination in Anna Zlokovic’s wonderfully lo-fi work of mind/body horror, Appendage. Set in Watts, CA, Walter Thompson-Hernández’s IF I GO THEY WILL MISS ME is a poetic work of near-magic realism in which a young boy maps elements of Greek mythology into the skies above his neighborhood. And filmmakers of a certain age will vibe with Lewie and Noah Kloster’s Stranger than Rotterdam with Sara Driver, in which the filmmaker’s voiceover and the Klosters’s charming puppet animation tells an outlaw tale of film financing and print delivery, which back in the ‘80s could be more perilous than today’s DCP upload. — SM

The Cathedral: After premiering at last year’s Venice Film Festival, the sophomore feature by Ricky D’Ambrose (Notes On An Appearance), developed via the Venice Biennale College Cinema, expands the writer-director’s already tightly defined visual language. Working with professional actors and an expansive script, D’Ambrose tells the autobiographical story of a young boy’s coming of age from the ’80s to the late aughts, and the way it intersects with a tangled, often torturous family background. — VR