Sundance 2022 Critic’s Notebook: When You Finish Saving the World 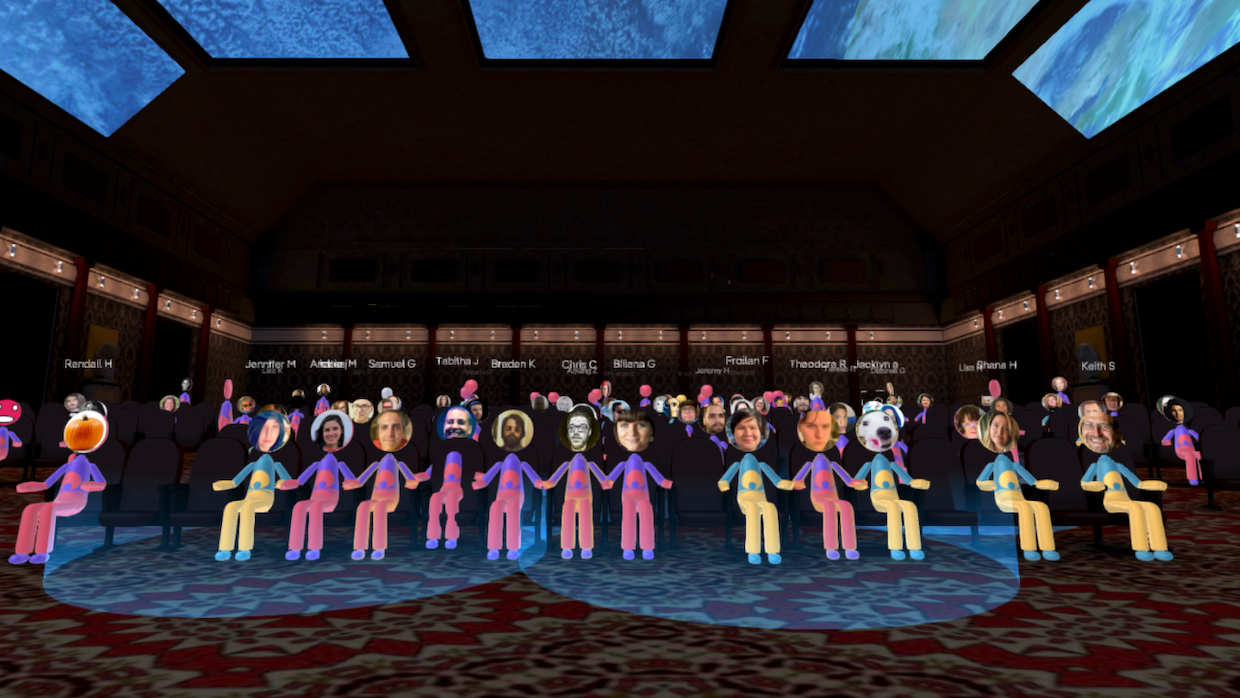 I eased into the opening hours of my second virtual Sundance Film Festival better prepared than at this time last year. The festival, of necessity, pivoted back to online-only mode with so little heads-up time that seasonal staffers evidently learned they were out of gigs at the same time everyone else on Twitter heard about the change of plans—financially devastating for the suddenly unemployed and uncompensated, very regrettable for filmmakers, logistically fairly easy to adjust to for everyone else after a few years’ virtual fest training. This time last year I had a projector, but also roommates and hence the regular need to use headphones; now I live alone and have a soundbar, the better to hear everyone’s 5.1 mixes without disturbing anyone. I’m my very own satellite screening venue.

While this publication’s editor-in-chief and other virtual attendees tweeted out fairly dystopian images of avatars pinned to crude ovoid wireframe bodies socializing during opening proceedings aboard the virtual Sundance Spaceship, I had enough time to check out some of this year’s shorts before getting to my “opening night” proper and watched four, which proved restorative—I hope to watch more in the nights ahead. The best of those, Antonio Marziale’s Starfuckers, is a genuinely surprising one-set movie; in this case, a high-in-the-LA-hills mansion, where a film producer hosts a call boy (Cole Doman, co-story writer). It’s accurate to say that Marziale (who also co-stars) “tackles pedophilia in Hollywood,” but that makes the short sound more dully virtuous or upsetting than it is. An academy-ratio three-actor showcase, Starfuckers takes several unexpected reversals to arrive at a fairly amazing drag lip-sync setpiece for Doman and Marziale.

Each feature short comes bundled with three minutes and 20 seconds of opening bumpers. I finally let them roll before opening night’s big narrative attraction, Jesse Eisenberg’s When You Finish Saving the World. This turned out to be a fairly fortuitous pairing, as this year’s very first bumper is a particularly pissed-off land acknowledgement (directed by past Sundance Institute & Native Arts and Cultures Foundation Fellow/present NYU grad student Ishkwaazhe Shane McSauby and co-written by Savannah Romero) whose narration urges: “Let this land acknowledgment move you beyond symbolic recognition. Let it be your call to action. Support indigenous resistance. Join us in the fight to protect our mother.” This last line’s read over a shot of two middle-aged white people linking arms with Native protesters—whether this moves beyond “symbolic recognition” is open to question. If the imagery may be goofy and the sentiment less impactful when followed by a sponsor bumper for Warner Media that invites us to  “believe in the power of story,” Ishkwaazhe’s titles actually list a number of movements to which money or attention can be directed; both the sentiment and the concreteness of its follow-up research suggestions are laudable.

Eisenberg’s feature is precisely about the role of lived politics in daily life, constructing a caricature-vs-caricature binary between teenager Ziggy (Finn Wolfhard) and his mother Evelyn (Julianne Moore). Ziggy livestreams his softly indie rocking songs on HiHat, a fictional platform that seems to combine elements of TikTok and CashApp. He has no political opinions or world knowledge, to the point of seeming potentially very dim indeed, but maybe he’s just rebelling against his mom by being her quasi-articulate opposite. She’s a nightmarishly cartoonish liberal whose strenuous good intentions hypocritically hide, with narrative inevitability, her selfishness. Because Ziggy says “lit” a lot and is constantly remarking on his 20,000 HiHat followers, we know he’s kind of comical and selfish; similarly, because Evelyn is so determinedly eccentric and mannered in her cultural preferences, we know she must be a little full of shit. Finding a judicious medium between the two presumably encourages viewers to land somewhere in an apolitical middle where people cut each other a little slack and live peacefully—especially because Eisenberg constructs a “talent show” full of easily mockable caricatures of bad political art, like a guy in a “Corporate America” t-shirt literally pulling the puppet strings of someone else in a “Politician” t-shirt. No one wants that! (Whether or not this is accurate in representing the worst of contemporary radical activism, it plays like a cheap, stale gag that could’ve come straight out of some reactionary ‘60s text.) This seeming impulse towards common-sense centrism is weird and apparently unintentional—Eisenberg’s an actively politically engaged Bernie Sanders supporter whose brother-in-law co-edited a volume with Howard Zinn.

As a director, Eisenberg favors slow zooms in and out and/or lateral dollies and pans with the occasional switch to conspicuously rough handheld—simple moves that serve the script and don’t embarrass him. As a writer, his dialogue sounds like something you could imagine in his incredibly distinctive delivery, but his ability to convincingly voice multiple people isn’t quite there. His portrait of a determinedly liberal nuclear family is novel and endearing in the amount of casual swearing between parents and kids. Jay O. Sanders gets all the funniest lines as Ziggy’s dad, but Evelyn is a borderline monster in schematic ways, imposing chilling amounts of “care” and attention on her employees (at a domestic abuse shelter—heighten the contradictions). In subplots, both mother and son reach out: Finn to Lila (Alisha Boe), a politically driven girl he’s got a crush on, Evelyn to Kyle (Billy Bryk), son of a new shelter resident she transparently tries to mold into a surrogate for the son she feels increasingly distant from her ideals. (Evelyn’s attentions are so intense as to border on, or at least seem very similar to, sexual obsession, a potential implication the script seems either completely unaware of or determined to ignore.) Both are disappointed in their attentions and, to the sounds of Emile Mosseri’s twee score (genre term, not necessarily pejorative adjective—although also), tears turn to brave smiles as final, tentative but promising reconciliations occur.

Programmer Charlie Sextro noted in his intro that Eisenberg’s appeared in many Sundance premieres, including The Squid and the Whale. This movie falls into the incredibly specific category of feature debuts by the child stars of that movie (Eisenberg’s onscreen sibling, Owen Kline, has been in some kind of nebulous post-production on Two Against Nature for years). More broadly, while I’m loath to encourage the idea that A24 has some kind of homogenizing checklist of required elements for their output, it’s also inarguably pretty clear by now that some kind of portfolio of coming-of-age movies is being assembled. Like Lady Bird and Eighth Grade, this is an acceptably quirky portrait of teen discontent written and directed by a performer pivoting to their first feature while removing themselves from the thespian equation, centered around a (pre-)teen protagonist with unusual but ultimately supportive parents. Those movies had their mildly spiky edges, and so does When You’re Done—both Ziggy and Emily embarrass themselves plenty, which is hard to watch—but the bluntness of the conflict is triply unconvincing in the specific politics, the characters embodying them and the lukewarm, template-traceover way they’re reconciled. The movie’s most endearing aspect is its loving attention to its setting of Bloomington, Indiana—Eisenberg’s part-time pandemic home, shown here as a town of very empty streets and nice houses. The domestic abuse shelter Evelyn runs is inspired by the work there by Eisenberg’s late mother-in-law, Toby Strout, and he swears it’s not a direct portrait.