“It’s a Lot Easier to Make a Genuine Connection With Someone Without a Whole Bunch of Gear in Between You and Them”: DPs Zac Manuel & Justin Zweifach on Descendant 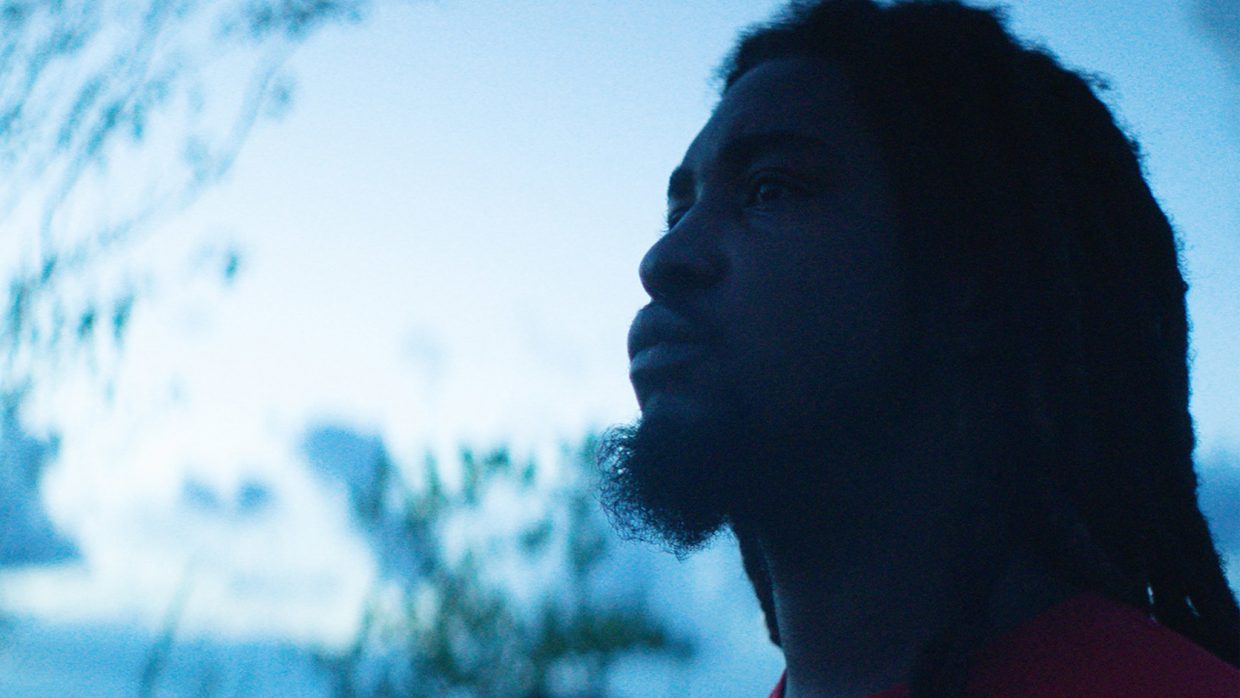 Just north of Mobile, Alabama is the historic community of Africatown founded by 32 West Africans who were transported to the US on the Clotilda, the last known slave ship to enter the country. Margaret Brown’s Descendant tells the story of the descendants who still reside in Africatown, as well as of the persistent power imbalance between the descendants of the slaves and the descendants of the Meaher family that chartered the expedition, who today own much of the industrialized land and factories around Africatown. Cinematographers Justin Zweifach and Zac Manuel discuss what they learned making the film and how they earned the trust of the community.

Manuel: Justin Zweifach has been a great friend, teacher and collaborator for years, and I always trust his judgment when he refers me for a job. From there, I always like to have a conversation with the director where I ask a few questions along the lines of, “what led you to this project, what is your intention with telling this story, and why are you the right person to make it?” After a long chat, it was clear that Margaret and I would really hit it off, and the rest is history.

Zweifach: I lived in New Orleans for several years, which is about a two hour drive from Africatown, and was connected to Margaret through a mutual friend and producer named Lauren Domino. Margaret and I shot together for the first time and it just sort of clicked. I was so grateful when she asked me back for a second shoot. And then when Zac agreed to come on I just felt so fortunate to be a part of this team. Here we are four years later. I’ve just learned so much from them both.

Manuel: As with all of my work, both as a cinematographer and a director, I’m interested in telling the stories of BIPOC folks and marginalized communities. I’m interested in the legacies and inheritance of Black folks and the space we make our homes. I’m interested in illuminating truths about our society through storytelling and looking at history to help us understand our lives today. This film is really about all of those things, and so for me it becomes about, “what can I do visually to serve this story?”

Justin and I spoke about what aesthetic and technical decisions he had already established in the film—a small rig, wider lenses, shooting from the chest, etc.—and so I worked within that aesthetic world. It taught me so much to be pushed away from the aesthetic space that I had felt very comfortable in and into something that challenged me to rethink framing and composition. And often, so much of the work is about endurance—just being able to stand or be in motion for an extended amount of time while still effectively capturing the moment. It was really a wonderful project to work on that taught me a lot.

Zweifach: It’s so hard for me to put in words what this film has meant to me and how much I’ve learned about American history and the present moment. I think good cinematography, though, is like drumming: keep that groove but don’t try to steal the show. So I’m not sure I enhanced the film or treatment of its characters as much as the people of Africatown enhanced the cinematography. So much of the film is just spent watching their faces, seeking small clues that reveal the way people are thinking and feeling as history unfolds. There’s so much history that has come before me to create these images, and I feel super grateful to have been there at this moment to bear witness.

Manuel: My biggest influences are music; I grew up in a jazz household in New Orleans, and so lighting, composition, movement and pacing are, to me, like the different instruments in a quartet. Think Mingus and Coltrane (Alice and John both), whose music all seems conversational—a lot of notations all in communication with each other. I’m always looking at art—photography, painting, sculpture, architecture—and I’m pulling those memories and references into my cinematography all the time.

Zweifach: Some visual inspirations that stand out to me are the collaborations of Kahlil Joseph and Chayse Irvin on Process, Andrew Dosunmu and Bradford Young’s work on Mother of George and the photographs of Deanna Lawson. But undoubtedly the biggest influence on the cinematography for me was just time spent in Africatown and with the people there. Along the way, music helped set our sense of tone and rhythm. Not to mention Zac and I came up making images together, and so I am always humbled and inspired by what he’s up to.

Manuel: As with a lot of doc work, especially in the past few years, the biggest challenges are traveling, scheduling, weather and COVID. Creating and maintaining a safe environment to work is necessary, and sometimes that means compromising the vision of a certain shoot. As a small crew, I think we were able to navigate these challenges with communication, patience and understanding.

Zweifach: There are a lot of people who simply don’t want this story to be told. On the day the ship was found, one organization tried to keep us from entering the Community Hope Center (the beige room in the film where community meetings happen) to record what was going on. Credit to the people of Africatown, as well as our producers Kyle, Essie, Kern, and Margaret for always finding us a way in.

Manuel: Canon C300 series, Canon zoom lenses. As much as we could, we tried not to impose our presence upon the community of Africatown. That meant working smaller and more mobile. I think that works better most of the time; it’s a lot easier to make a genuine connection with someone without a whole bunch of gear in between you and them.

Zweifach: Canon cameras stripped down. When handheld, I operate more from the chest or the hip because I like to see what’s going on in the room while also watching the movie on my monitor. I also prefer and feel a deeper connection to people in front of the camera when they can look me in the eye if they want rather than at the back or an eyepiece with the camera on my shoulder. I want people I’m filming in some way to know I’m there and decide for themselves that it’s okay to be vulnerable, rather than to “pretend I’m not there.” It’s an active decision versus a forgetting of sorts.

Manuel & Zweifach: Much of the film was shot on the canon 70 – 200, the canon 17 – 55 and some on a canon 35mm l series Prime as well. Margaret loves to surprise audiences with new ways of representing life and ideas, and she often works very improvisationally and instinctually, so our employment of these lenses were no different, or sometimes based pragmatically for the situation. For the moments we wanted to highlight the presence of ancestry in this story, we used a Lomo round front anamorphic for its distortive and out-of-focus qualities as well as the way it flares. The portraits in the middle of the film were captured on a 50mm Panavision T Series as we felt a more sharp, robust, higher con look would reflect the strength and power in knowing one’s history and identity.

Manuel: I was mostly working with natural or available light for my work on this film. So, a lot of walking into a new space, taking note of what the light sources were and what direction they were coming from, talking to Margaret about the intention of the “scene” and marking out a few spots within the space to capture what we needed to.

Zweifach: Like Zac said, we shot almost entirely with available light to have the smallest footprint we could. On a few occasions we used a Litemat 2L or an Astra 1×1 for fill in the slightly more constructed sequences.

Manuel: We did a scene following one of the lead contributors as they walked around Africatown passing out flyers. A couple hours of nonstop shooting while walking, half the time backwards. Dead of summer. We really sweat it out.

Zweifach: I’m not sure I can pinpoint a single scene that was the most difficult to realize. I think for me the harder part was keeping vision over four years. When I started I had no conception of how long we would be shooting or what this film would be. Margaret knows what she wants, though, so I really followed her lead there, and I think we mostly just listened to our instincts. It’s cool to see the edit and discover patterns, some intentional and so many not intentional.

Manuel & Zweifach: Africatown is a beautiful and lush landscape, surrounded entirely by the gray tones of big industry. These two palettes illuminated themselves as a way to talk about the relationship between the descendants of people from the Clotilda and the Meahers, the family that kidnapped the Africatown ancestors and brought them to the US and the same family that owns land leased to big industry surrounding Africatown. In Africatown we looked for compositions that highlighted this greenery, compositions that felt garden-like, and then from there sought ways to photograph the invasion of big industry interwoven into the area, whether through juxtaposition across cuts, through compositions that captured both, or through camera movement that moved between these two spaces. In the DI we looked to highlight these palettes. Sam Daley, the film’s colorist, did a fantastic job. I think more than anything though, and perhaps unintentionally, the color of the film reflects not only what Africatown looks like, but what it feels like to be there.